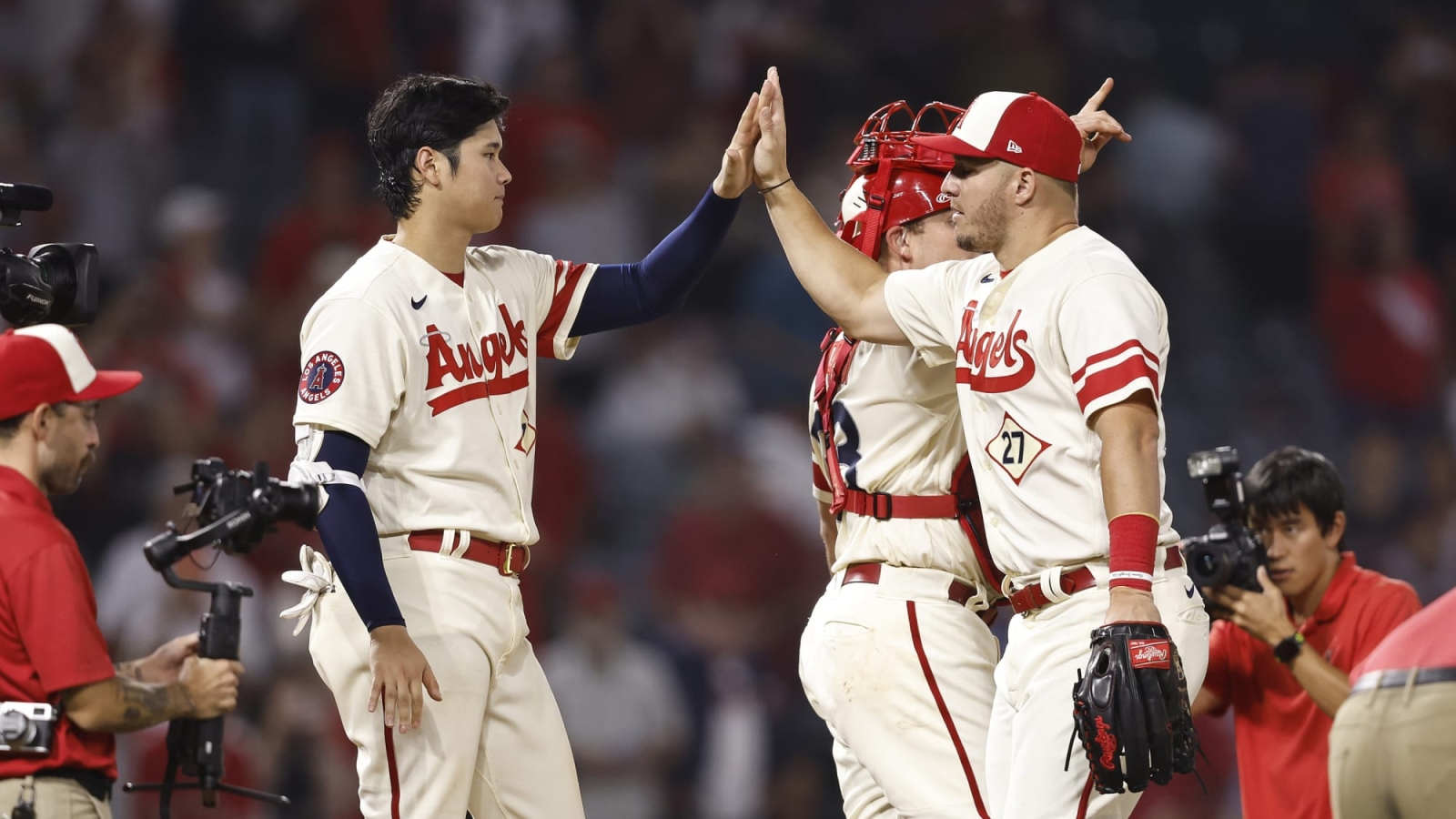 ANAHEIM, CALIFORNIA – SEPTEMBER 29: Shohei Ohtani #17 of the Los Angeles Angels celebrates with his teammate Mike Trout #27 after defeating the Oakland Athletics in the ninth inning at Angel Stadium of Anaheim on September 29, 2022 in Anaheim, California. MLB Power Rankings (Photo by Michael Owens/Getty Images)

This week’s MLB Power Rankings will offer a New Year’s Resolution for all 30 MLB teams.

Happy New Year! Is it too late to say it? What is the appropriate date when we stop wishing people well in the New Year? No one has the answer. This week’s MLB Power Rankings won’t either.

In celebration of the New Year, this week’s list will take a look at one thing every team needs to do in 2023. It’s their own personal New Year’s Resolution ranked by how likely they are to occur.

All of these resolutions are achievable. Will all 30 teams be a success with their resolution or stop going to the gym after one week?

The Washington Nationals traded one of the franchise’s biggest stars last summer. Will they discover a new one this year? It’s highly unlikely. Maybe someone like CJ Abrams from the Juan Soto deal or even Keibert Ruiz from the previous year’s trade with the Los Angeles Dodgers takes a big step forward. The Nationals need to show some signs of life. Every young player on this roster should resolve to be his best.

The Colorado Rockies have the potential to be just as bad as the Nationals this year. Their problem is they lack a direction. For 2023, they should resolve to find some sort of destination. The team hasn’t gotten any better this offseason. This organization needs a direction. They’ve gone in circles for too many years in a row.

28) MLB Power Rankings: Oakland Athletics should resolve to figure out their future

There may be a better chance of the Oakland Athletics figuring out their future than the Nationals developing a star or the Rockies making a clear plan public. The Athletics do have some major issues. The most obvious is how long it will take for them to officially move to Las Vegas. We all know it’s coming.

The 2023 season for the Detroit Tigers will focus heavily on Miguel Cabrera. Meanwhile, the rest of the lineup should resolve to be better. The team needs a lot more offense. Whether it’s the rise of Spencer Torkelson, Riley Greene, or someone else, the Tigers can’t make the fans suffer through another season of whatever last year was. Low scores only work in golf, fellas.

26) MLB Power Rankings: Tampa Bay Rays should resolve to become more than the smartest team around

If it ain’t broke, don’t fix it. What’s broken with the Tampa Bay Rays? They’re not so much broken as they are incomplete. Being the smartest team in Major League Baseball is no good when you lack championship banners. The Rays are a very good ball club, but fall way behind on this week’s MLB Power Rankings because their strategy is unlikely to change and neither will the results. A playoff appearance is inevitable and so is a loss in round one or two.