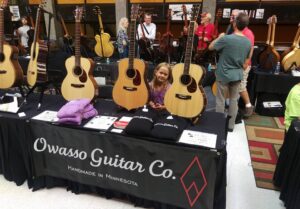 Before the pandemic, there were a lot more restaurants on Grand Avenue. Grand Cafe, Dixie’s on Grand, Saji-Ya, Emmett’s Public House, Grand Catch: all have closed since 2020. One restaurant/bar that closed, and then reopened (twice!) under new management, is Billy’s on Grand. Now Billy’s is at the center of a controversy in the neighborhood that may impact its ability to get its own liquor license. (Since the second re-opening, in May of 2021, under the management of two experienced managers, Wes Spearman and Chuck Gilbert, the business has been “borrowing” the liquor license of RJMP Group, who managed the first re-opening in 2020, but lasted only a few months, partly due to COVID.)

As we go to press, the two current managers are facing a mid-August hearing that will determine whether the borrowed liquor license may be revoked, as well as whether they have to pay a $1,000 fine imposed for alleged license violations and other safety concerns. Billy’s makes a case that they are being blamed for crimes that didn’t happen, or that did happen but not on their premises and unrelated to their business.

Among neighbors, they have both friends and opposition. Billy’s on Grand’s customers are largely African American. “Some of the neighbors are proactively working with us, others think we’re the worst thing. Anything on Grand Avenue involving a person of color gets associated with us,” said Gilbert. “The bottom line,” said Spearman, “is it’s a Black crowd, and that’s new to the neighborhood.”

The Billy’s kerfuffle is not the only controversy brought about by change. There was a time when Grand Avenue was known as a place where you could have something close to big city sophistication, but with affordable rental housing. Rents have been rising way too fast everywhere, and there is no exemption for Grand Avenue. New housing developments are almost always controversial, but Kenton House, currently under construction at 695 Grand Ave., is getting more than its share. The website for the development unabashedly states that it will be “the only luxury apartment destination along Grand Ave.” 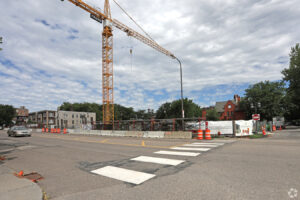 The site was previously occupied by three very popular restaurants: Dixie’s on Grand, Emmett’s Public House and Saji-Ya. The new housing complex will be a five-story building with 80 units of “luxury” housing – market rate rentals. Two of the temporarily closed restaurants, Saji-Ya and Emmett’s Public House, will be reborn as the ground floor commercial tenants, along with two more to be announced. Although “tenants” is not really the right word here, since it is the owner of Emmett’s (and landlord to Saji-Ya), Peter Kenefick, who owns the site and is funding the development, along with west metro developer Reuter Walton.

Most in the Summit Hill neighborhood group have never really liked this idea. However, they did not have a big enough majority or a strong enough voice to prevent the approval of the Planning Commission. In July 2021, the commission voted 9-1 to support a conditional use permit and three zoning variances related to the proposed redevelopment of the Dixie’s on Grand lot into a five-story residential and commercial building,” according to the St. Paul Pioneer Press. Permission having been granted, construction has now begun and is moving along, but the controversy is unabated. The main reasons for opposition include: the height (one of the zoning variances), which neighbors say will block light and views; the density, which many fear will attract more traffic and crime; and the elusive gentrification factor.

Even with the losses, there are plenty of interesting restaurants along Grand Avenue, including a couple of new ones. One of the newest, just opened this summer, is Em Que Viet, at 1332 Grand Ave., an extension of the small, family-owned Que Viet chain, famous for its State Fair egg rolls. “Em” means “little sister” in Vietnamese. Their menu is similar to other Que Viets, with all your favorites. They also have a great list of zero-ABV cocktails. 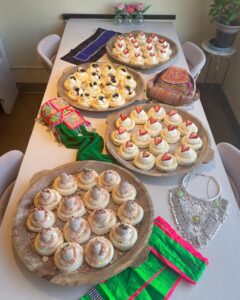 Another Grand Avenue restaurant with southeast Asian influences is the Thirty-Six Cafe at 949 Grand Ave. Owner Macy Lee, a Hmong American, was inspired by her 2017 trip to Thailand, where she had honey toast, to open a cafe featuring sweet delicacies such as that and souffle pancakes, along with coffee and tea drinks, smoothies, and other casual and fun breakfast/brunch fare. Lee named her cafe for the age she was when it opened in 2019.

Two restaurants farther to the east on Grand Avenue, one a small casual chain, the other quite fancy, are inspired by the dining culture of Italy. The fancy one is Hyacinth. There are a lot of fancy things there but one I’ll highlight is the option of “Amari” in place of dessert. Amari (bitters in Italian) are special dark, low ABV, bitter liqueurs typically consumed after dinner to aid digestion. How very civilized!

The casual chain restaurant is Punch Pizza. This is exactly the kind of pizza place I love – no gimmicks, and looking not to Milwaukee or even Chicago for inspiration, but to Naples, and maybe a little bit to Sicily. They’re all about the pizza – only one dessert on the menu, no pasta or hoagies. They don’t deliver, apparently, but for an extra $20 you can get an impressive “pizza steel” with your order that allows you to professionally reheat your pizza at home.

Apart from restaurants, Grand Avenue has some of the most interesting shopping options in the Twin Cities. One that stands out is Owasso Guitar Co. (OGC), at 407 Grand Ave. Opened in 2012, it embodies traditional artisanal values by building acoustic guitars by hand. They have some stock models, or they can design and build a custom guitar to the artist’s specifications. Check out their website, especially the page on varieties of “tonewoods” used to make guitars.

If OGC can build tradition in just 10 years, what can a company like George’s Shoe, Leather, and Hockey Repair do in 117 years? Their current business grew out of a custom boot making shop that started in Lebanon in 1905 by family patriarch Joseph George.  The George family tradition of craftsmanship is now in its fourth generation, with a network of family-owned shoe repair shops in various parts of the Twin Cities. The George’s Shoe, Leather, and Hockey Repair store on Grand Avenue continues in that tradition, as well as branching out into repairing hockey gear.

In the 1970s, Jerry George expanded his shoe business to include sports equipment repair, working with everyone from kids’ teams to professional athletes to Hollywood film productions. Their website tells the story: “When the producer of ‘Mighty Ducks II’ needed a genuine skate repair shop … Jerry George moved his entire shop to a sound stage in Minneapolis for three weeks of filming and generously acted as a technical advisor.” These days, George’s repairs hockey equipment nationally for professional NHL teams and individuals—both in their brick-and-mortar storefront on Grand Avenue and via their mail-in services. 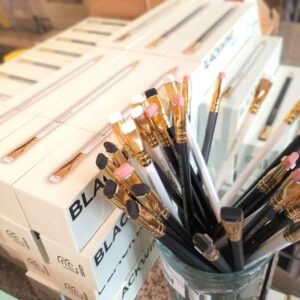 Blackwing pencils for stationery enthusiasts at Next Chapter

Next Chapter Booksellers represents a case where the tradition is carried on but the ownership changes hands. The current name is owned by Nicholas Ballas, but the shop is still in the location of its predecessor (Common Good Books) at 38 Snelling Ave., just off the Macalester College campus. You can shop in person at Next Chapter for new fiction, nonfiction and poetry, as well as book-adjacent items such as fancy stationery, including the esteemed Blackwing pencils to go with your Moleskine notebook. Their book inventory is also available from their online shopping site for pickup, delivery or shipping. See their website for news of readings, book clubs and other hosted events.

We’ll finish up our 2022 survey of Grand Avenue with Golden Fig Fine Foods, a shop so iconic some people go to Grand Avenue only to shop there. Opened in 2006 by Laurie McCann Crowell, the shop nearly doubled in size in 2017 and is now a big draw for St. Paul. You can shop online, but only a small selection of the items available in the store can be purchased online, as the store itself has many options like fresh produce and deli items. 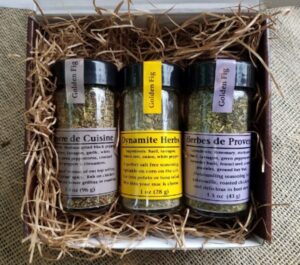 A unique offering at Golden Fig, apart from the fact that literally everything in the store is produced in the U.S. and a huge majority in the upper Midwest, is Golden Fig’s own-label products, which include herb and spice blends, fancy salts and peppers, dip mixes, cocoa mixes, flavored sugars and infused vinegars. The Golden Fig also participates in the St. Paul Farmers Market and is a drop-site for a dairy CSA (Community Supported Agriculture).