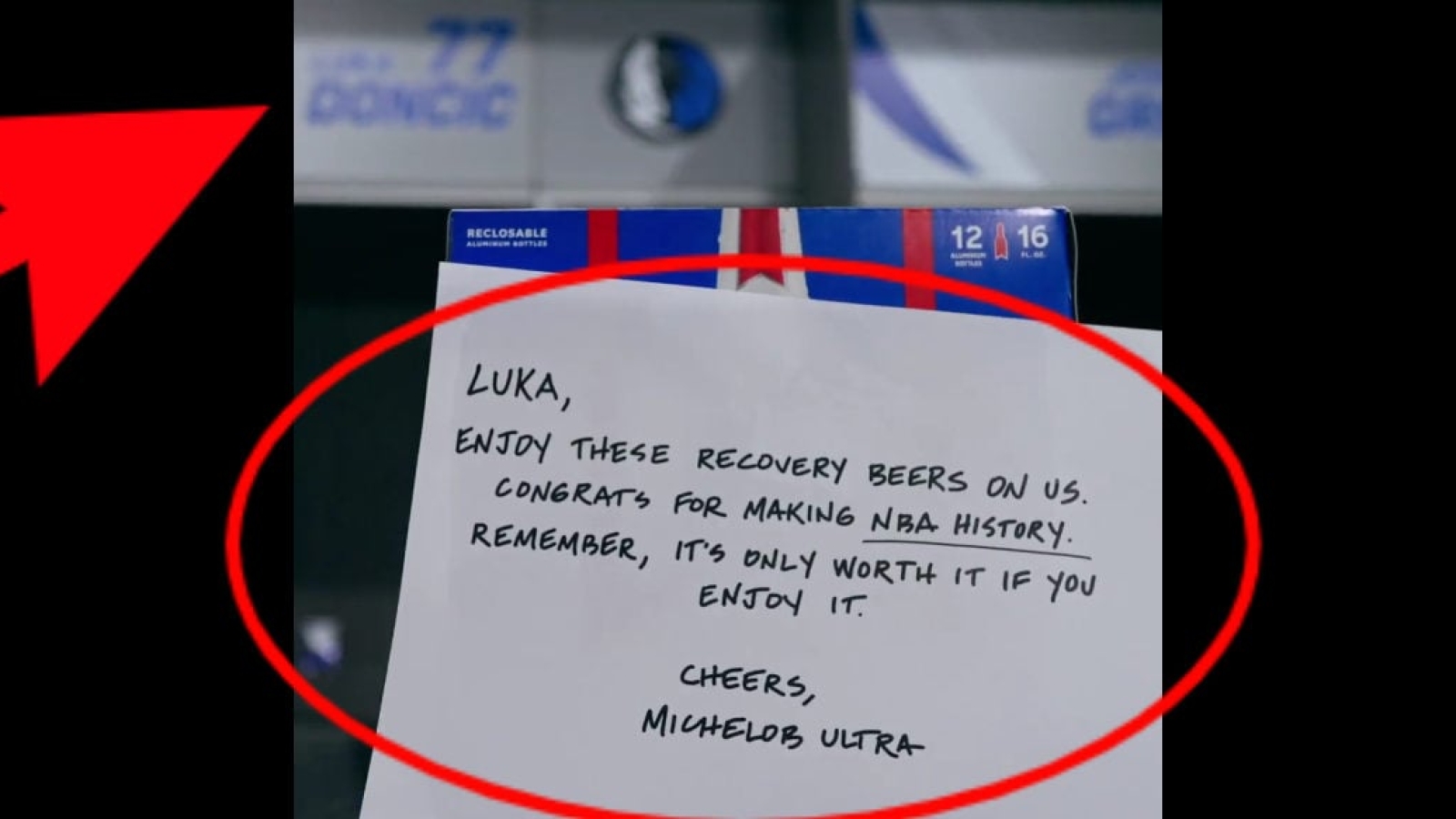 Luka Doncic is already a legend and getting treated like one at that.

The Dallas Mavericks took on the New York Knicks Dec. 27, and in an absolute wild game that saw the Mavs comeback and win in overtime, Luka Doncic didn’t just set a new milestone, he created one. Luka Doncic became the first player ever in National Basketball Association (NBA) history to set a stat line of at least 60 points, 20 rebounds and 10 assists.

After making history, Luka then admitted that the OT contest took a toll on him, declaring that he was “tired as hell” and that he needed a “recovery beer.”

Luka Doncic had the first 60-point, 20-rebound triple-double in NBA history. Immediately after, here is what he said:

“I’m tired as hell. I need a recovery beer.”

Well, beer giant Anheuser-Busch — in fantastic marketing fashion — not only gave Luka Doncic his “recovery beer,” they gave him a mountain of them, and attached to the alcohol-version of Mt. Everest was a note that read:

“Luka, enjoy these recovery beers on us. Congrats on making NBA history. Remember, it’s only worth it if you enjoy it. Cheers, Michelob ULTRA.”

Michelob Ultra made sure that Luka Doncic has enough recovery beer to get to at least the All-Star break. pic.twitter.com/aknzWEjpnJ

Ask and you shall receive, @luka7doncic.

Oh, man. The glory in this.

If I was Luka, I would totally share with my teammates and party my ass off with those guys, and that sounds like something that he would do, so it wouldn’t surprise me at all if it later comes out that the Mavericks had a wild party off of Luka’s beer. Hell, why wouldn’t you after that historic 60/20/10 performance? (RELATED: Indiana Pacers’ Buddy Hield Wastes No Time Scoring The Fastest Three-Pointer In NBA History)

And after all, you’re Luka Doncic, you can always get more beer, whether through your own riches or having beer companies left and right giving you mountain after mountain. Man, the lifestyle of the rich and famous sounds so excellent, especially in sports.

Luka “The Future G.O.A.T” Doncic, you are a very lucky man.