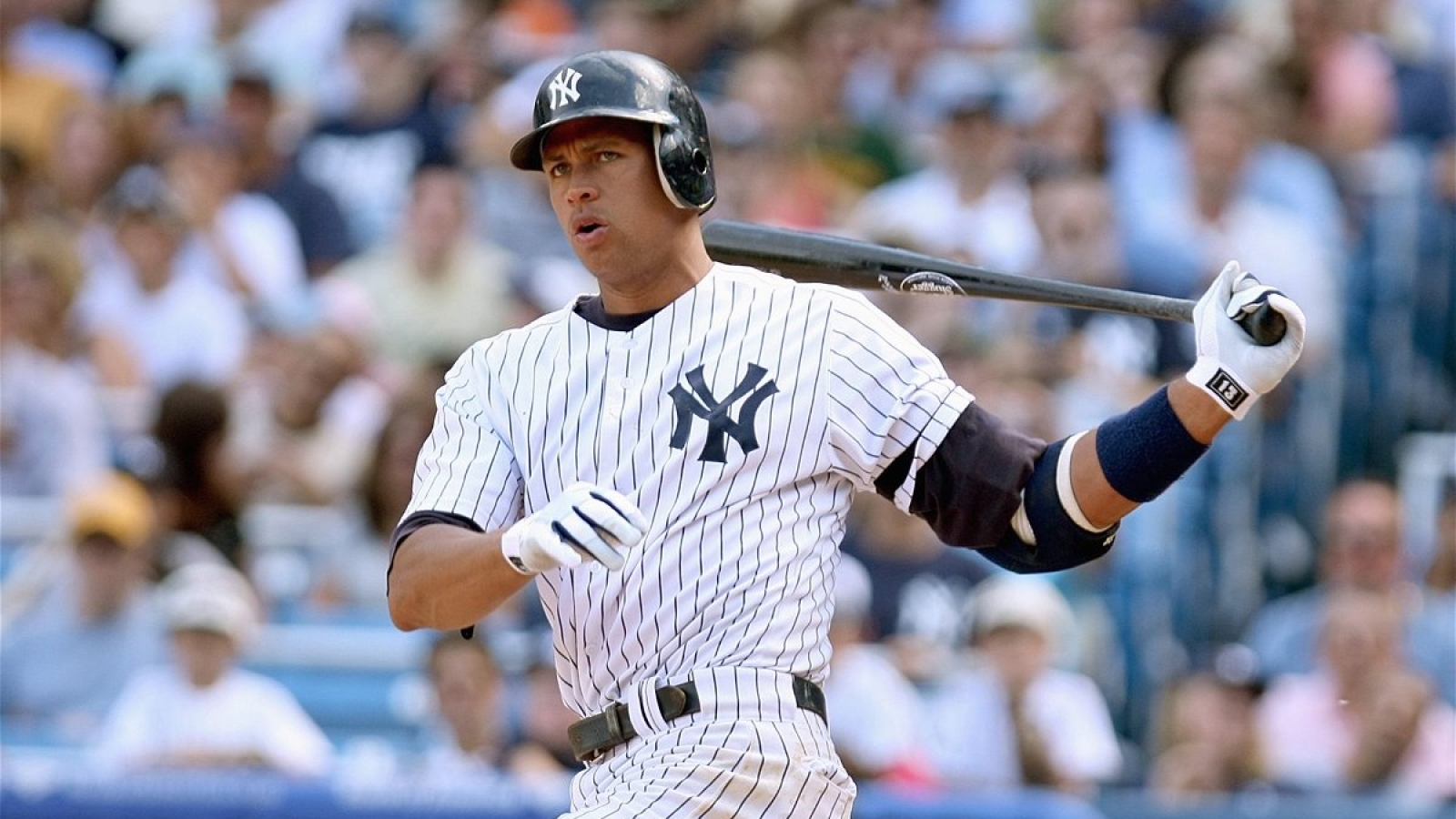 The former Yankee star had the chance to do that when he was sitting with one of the biggest legends in baseball history. A-Rod had a conversation with this legend and was able to learn a lot.

Alex Rodriguez got batting tips from none other than Hank Aaron

A Twitter user called BaseballHistoryNut has shared a video of Alex Rodriguez learning about hitting from Hank Aaron. In the video, we can see Aaron explaining how he grips the bat cross-handed while Rodriguez is listening with complete focus. The two baseball legends have a short back-and-forth conversation and Rodriguez seems really keen to know more.

BaseballHistoryNut shared the video on Twitter and said “Hank Aaron talks about hitting cross handed”. It is not that surprising to see A-Rod listening so intently as Aaron is a legendary figure, even to him.

Some fans reacted to the moment as well, leaving their respect for Aaron. Others stated that it was an all-time great moment.

“The Braves take a 2 to 1 lead”….now shut up everyone, The King is talking!

I remember this interview and Arod talks about Aaron’s hands being so big and strong.

That is my all time favorite Hank Aaron story. Has been for years. Amazing.

But it should not surprise fans as this isn’t the only time Alex Rodriguez has asked a player for batting tips. The former Yankee star once learned how to hit home runs from Cody Bellinger. But learning any kind of batting tip from Hank Aaron is a once-in-a-lifetime opportunity.

Hank Aaron was a legendary batter and a statistical anomaly

Hank Aaron recorded 3771 hits and 755 Home Runs over the span of his career. His numbers are legendary on their own, even if you do not take into account how consistent Aaron really was. Aaron hit a lot of home runs but what was more deadly was his consistency. The MLB legend is the only player in the world to hit 20 home runs or more 20 times.

Furthermore, he achieved this for 20 consecutive years. This makes Alex Rodriguez learning how to hit from him less of a surprise. What do you think of A-Rod taking batting lessons from Hank Aaron? Please share your thoughts in the comments below.