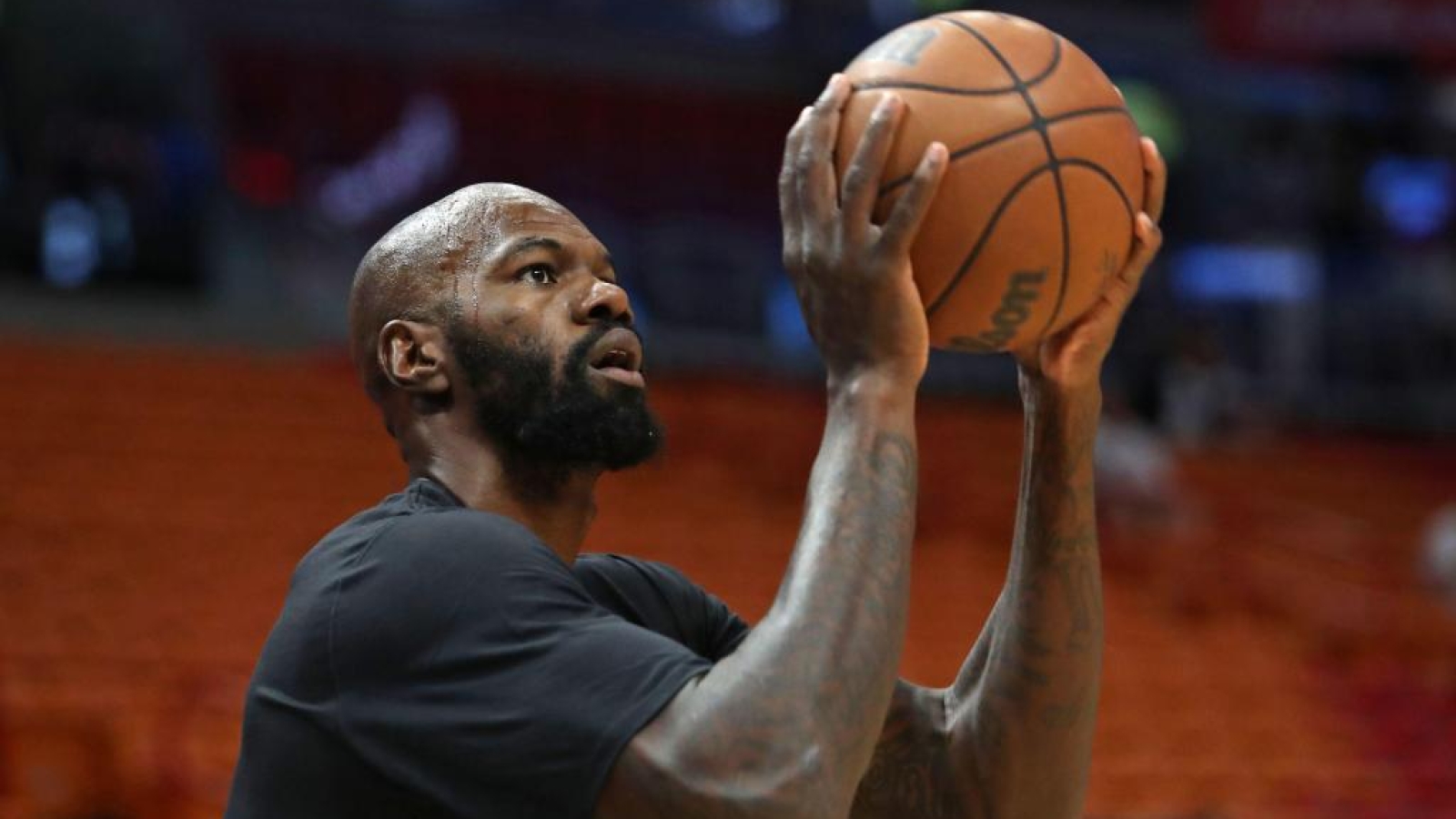 It had been a part of previous seasons’ equations that the Miami Heat had been able to avoid until Friday, when backup center Dewayne Dedmon was listed as being out for Friday night’s game against the Denver Nuggets due to NBA health-and-safety protocols.

Unlike previous illnesses that had sidelined NBA players recently, including Jimmy Butler and Bam Adebayo, this did not come with the notation of it being a “non-COVID illness.”

Working in the Heat favor against an outbreak through the roster, as was the case last season, is that Dedmon did not travel for the five-game trip due to a previous foot issue that had kept him out of the previous three games.

NBA players who are up to date on vaccination protocols are not required to undergo testing. However, those who exhibit COVID symptoms are subject to testing.

Based on the plantar fasciitis in Dedmon’s left foot, the expectation was that he would miss the entire five-game trip that continues Saturday night against the Utah Jazz and features games next week against the Los Angeles Clippers, Los Angeles Lakers and Phoenix Suns.

The move meant no Friday night matchup between Nikola Jovic and Nikola Jokic, a fellow member of the Serbian national program. Jovic, 19, has yet to meet Jokic, the two-time defending NBA Most Valuable Player, with the Nuggets center enjoying another dominant season.

In another adjustment on the team’s injury report, forward Caleb Martin, who had been on the injury report due to an ankle sprain, also was listed with quadriceps strain.

“He’s just playing unbelievable basketball,” Spoelstra said. “This is year after year after year. This is what the greats do. Can he go to a higher level? I don’t know. He was spectacular the last two years.” . . .

Spoelstra also spoke at the morning shootaround at Ball Arena about his team’s uptick in defensive performance.

“It’s a lot more efforts,” he said. “There are a lot more guys emptying the tank out there. Several times in the last few games where the ball’s on the floor, they’re the first to the floor. We’re putting bodies in front of drives, to try to take hits.

“Regardless of whether we get the call or not, that’s our defense. And there has to be a level of physicality and force every single night.” . . .

Spoelstra noted that altitude couldn’t stand as an excuse at the start of the trip in Denver and Salt Lake City considering the degree above sea level of his team’s Dec. 17 victory over the San Antonio Spurs. “We’re not even letting that be an excuse,” he said. “We were able to do it in Mexico City.” . . .

As for the challenge of the trip, Spoelstra reiterated Friday, “This is what we need right now to find out where we are.”

Because the Heat’s Jan. 10 home game against the Oklahoma City Thunder has been picked up for national coverage by TNT, it no longer will be broadcast by Bally Sports Sun.

The change means that three Heat games in a four-game stretch now will be receiving national coverage, with Wednesday night at the Lakers and Dec. 6 at the Suns being carried by ESPN in addition to Bally Sports Sun.