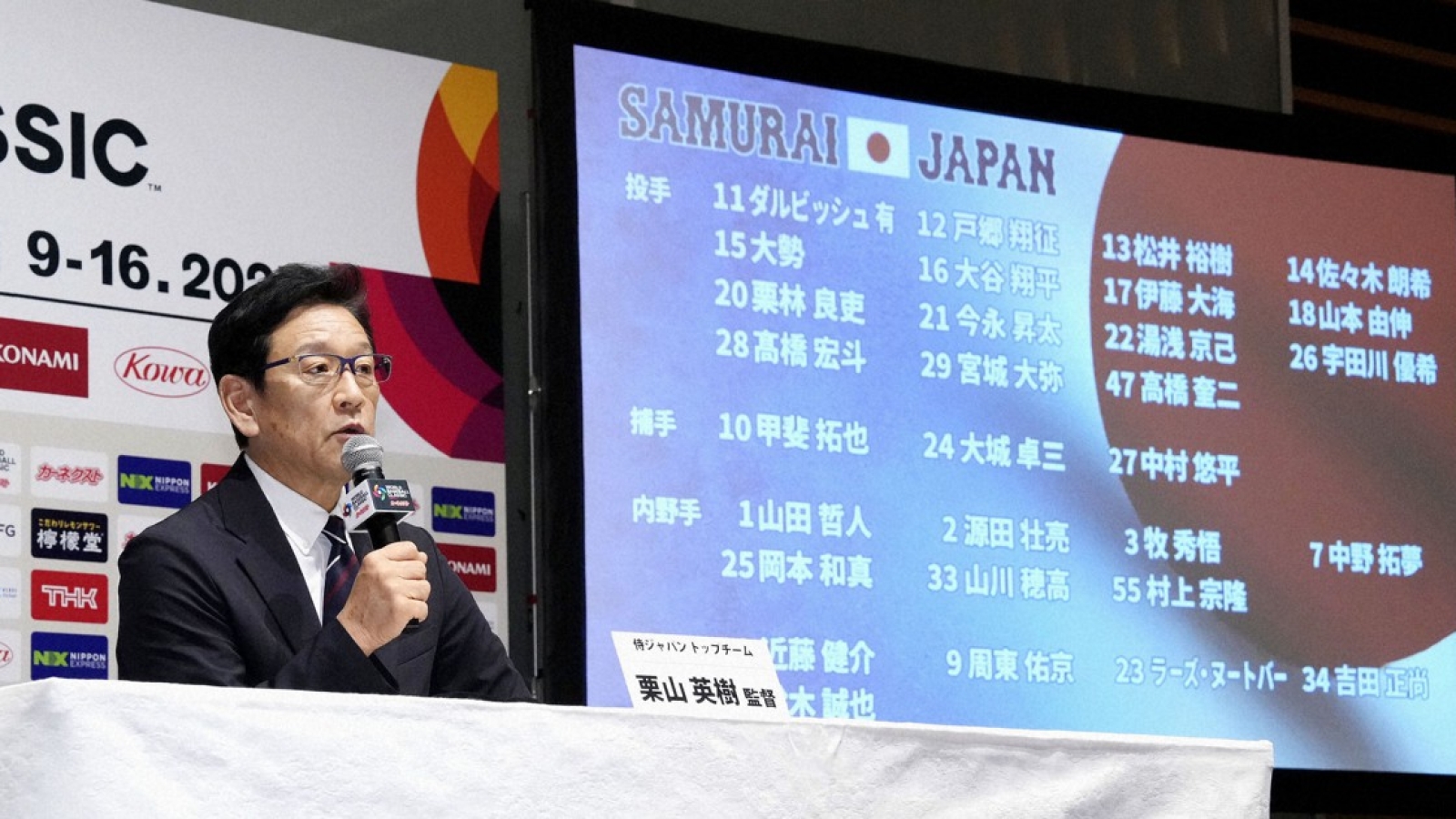 
Manager Hideki Kuriyama, looking to guide Samurai Japan to its third championship and first since 2009, rounded out his 30-man roster with the addition of Yoshida, Nootbaar, and 16 domestic stars.


None of the 30 players is taking a bigger leap than Yoshida.


By playing for Japan in the March tourney, the two-time Pacific League batting champion will begin his first MLB season without the benefit of a full preseason with his new team.


“Challenging myself in the majors and playing in the WBC have been dreams of mine,” he said in a statement.


“I’m extremely grateful to my team for their acceptance. In order to be No. 1 in the world and be able to repay that gratitude, I want to give 100 percent.”


Kuriyama said he worked carefully with his coaching staff and others in the baseball community to round out a balanced team that would give him the best shot at a title while showing the “fighting spirit that is the heart of Japan’s baseball.”


Half of Kuriyama’s 30 players are pitchers, with the staff split between 10 starters and five relievers, but he said much work needs to be done before a final pitching plan is in place.


“We’ll work things out as we go,” Kuriyama said. “There are challenges. The ball is different, and it’s very early in the year for them. I want to use players in roles they will be comfortable with and will consult them. But in the end, our sole focus is winning.”


Japan will play its first game on March 9 against China in Pool B at Tokyo Dome. The top two teams will each take on one of two teams advancing from Taiwan’s Pool A in single-game quarterfinals, also in Tokyo.


The semifinals will be played on March 19 and 20 in Miami, where the final will also be held on March 21.


Japan failed to advance past the semifinals in the last two tournaments.