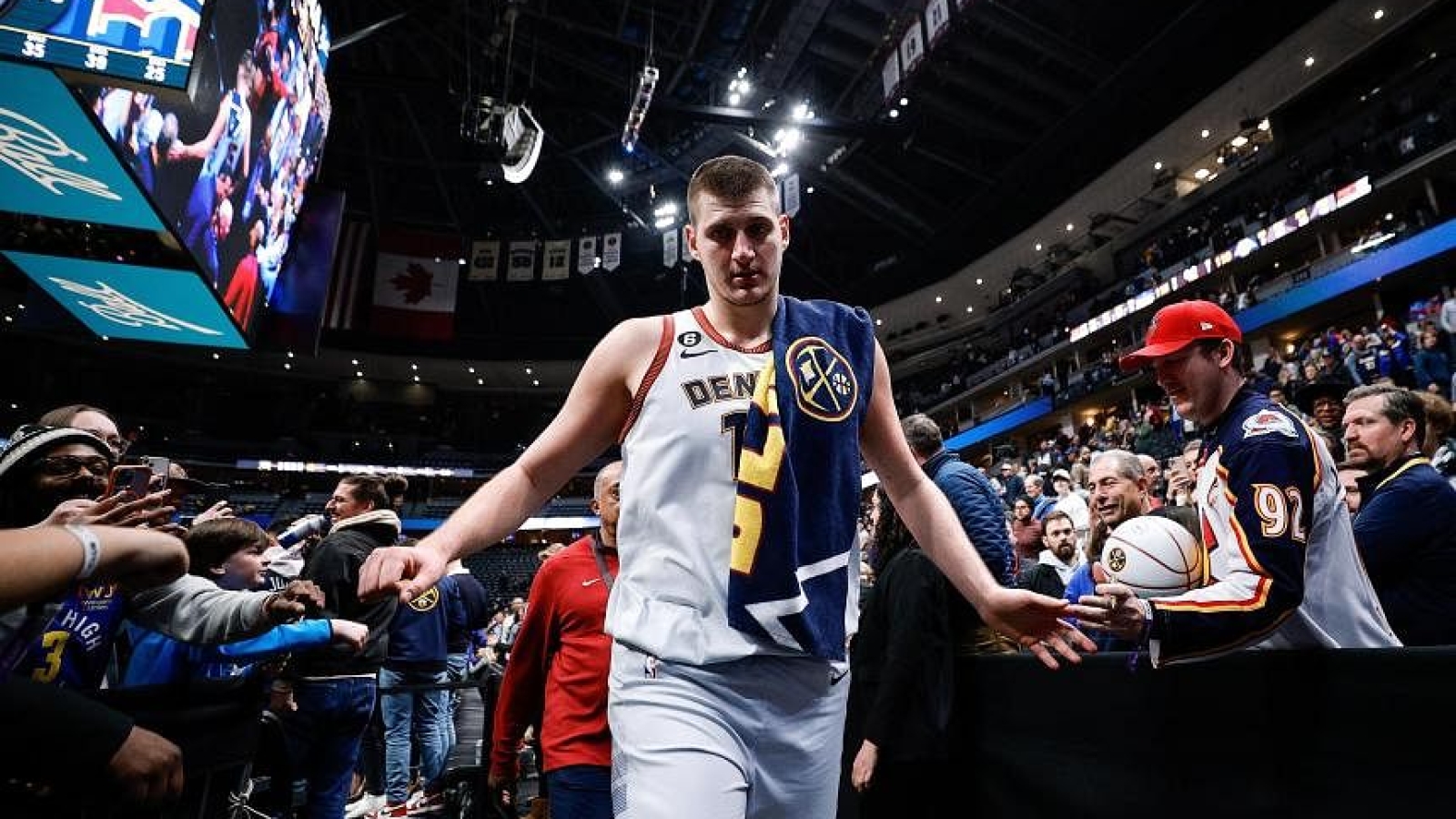 The 27-year-old had a 40-point, 27-rebound, 10-assist triple-double performance in a 119-115 home victory over the Charlotte Hornets, after which he earned overwhelming praise.

Jokic showed all the skills that saw him scoop the last two NBA Most Valuable Player awards, and became the first player to record at least 40 points, 25 rebounds and 10 assists in a game since the great Wilt Chamberlain in 1968.

“What he does is just amazing every night,” said Malone, whose team needed everything Jokic gave them to get past the tenacious Hornets to improve to 18-11.

“I didn’t know it was a 40-27-10 night but I knew he was having another Nikola Jokic stellar performance, efficient.

“And it’s not just about Nikola. It’s about his ability to make every one of his teammates better. Yeah, Nikola is a generational talent.”

However, Jokic insisted that his big night was all thanks to his teammates.

“To be honest, I think it’s because of our defence and I was just in the right spot to rebound the ball,” he said.

“It’s not that I was grabbing for them or whatever, chasing for them. It just happened, you know? I wish it could be every night, to be honest.”

Denver led by 10 after his three-pointer with 6min 45sec to play, but the Hornets were just two behind after P. J. Washington’s dunk with 13.5sec remaining.

Jokic then made a pair of free throws to seal the win and cap his 81st career triple-double.

Elsewhere, Brooklyn’s Kevin Durant and Golden State’s Jordan Poole had big nights, too, both scoring 43 points to lead their teams to impressive wins.

The Nets erased a 17-point half-time deficit to beat the Pistons 124-121 in Detroit while the reigning champions Warriors earned just their third road win of the season with a 126-110 victory over the Raptors in Toronto.

Trailing 71-54 at half-time, the Nets outscored the Pistons 44-25 in the third quarter and held on for the win.