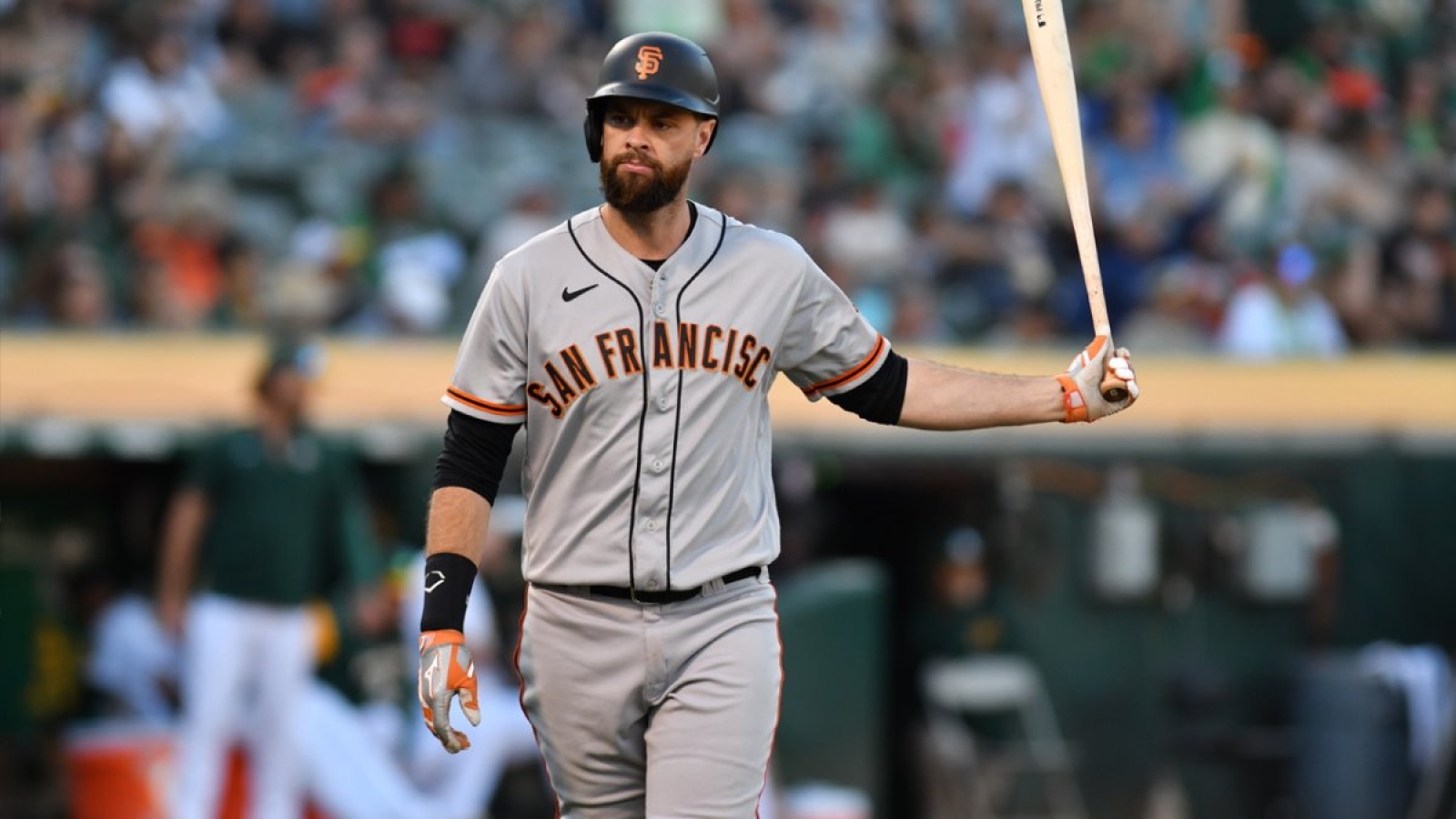 Brandon Belt was unsure about his MLB future just a few months ago, but the former Giants first baseman’s career will continue in 2023.

The San Francisco Chronicle’s Susan Slusser first reported Monday night that Belt will sign a one-year contract with the Toronto Blue Jays, with the deal expected to be announced Tuesday.

The Athletic’s Kaitlyn McGrath reported, citing a source, that Belt’s deal will be worth $9.3 million.

The reported move officially brings to an end Belt’s 12-year tenure with the Giants, the franchise that selected him in the fifth round of the 2009 MLB Draft out of Texas. He helped the Giants win the World Series in 2012 and 2014, and hit one of the most iconic homers in franchise history when he broke a 1-1 tie with a solo shot in the top of the 18th inning in Game 2 of the 2014 National League Division Series against the Washington Nationals.

Belt’s time with the Giants was filled with inconsistency and injuries. After a career year in 2021 when he hit 29 homers in 97 games, the 34-year-old finished with just eight homers and 23 RBI in 78 games last season. His final season in San Francisco was cut short by knee surgery in September.

Another surgery on his knee raised questions about whether he would be able to continue his baseball career. But in October, Belt spoke to NBC Sports Bay Area’s Alex Pavlovic and provided a positive update on how he felt.

“Honestly it feels way better than I expected it to at this point,” Belt told Pavlovic.

As Belt contemplated his baseball future, he hoped to remain with the Giants. That won’t be happening, though Slusser reported Monday night that the two sides had spoken recently.

“I really love the Bay Area, I absolutely love this organization, I love the fans. There’s really nowhere else I want to play,” Belt said on the NBC Sports Bay Area game broadcast on Sept. 14. “We’ll see what happens. It’s a business, you know, stuff happens. I don’t know what’s going to happen but all I know is I’m going to get as strong as I can to get ready to play baseball next year. Hopefully, I get to see these guys again because I love my teammates as well.”

Belt’s departure leaves Brandon Crawford as the only player remaining on the roster from the 2012 and 2014 championship teams. Crawford has one year remaining on his Giants contract.

Without Belt, the Giants will move forward with J.D. Davis, LaMonte Wade Jr. and Wilmer Flores splitting time at first base.