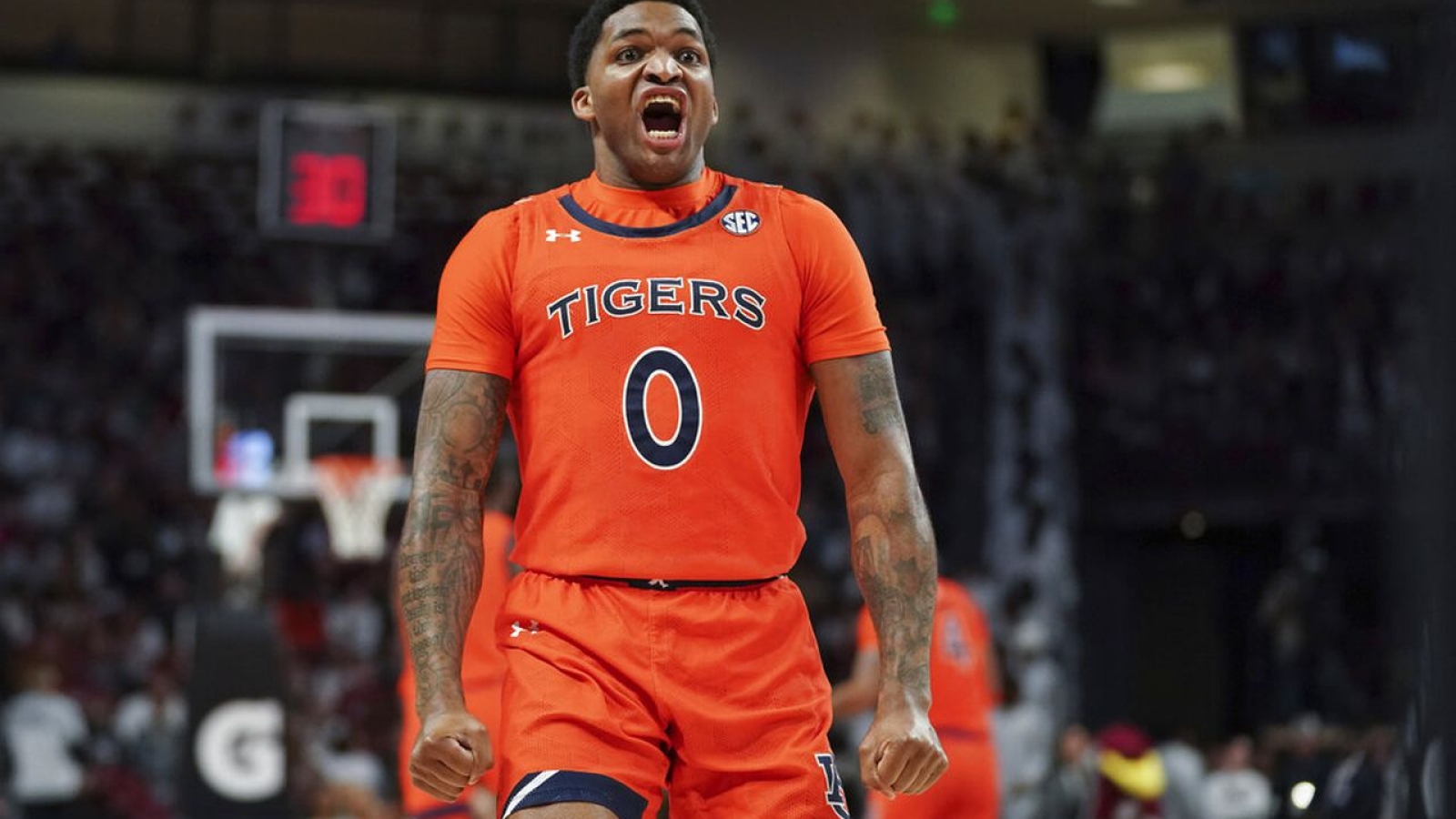 Auburn basketball is on a tear.

Bruce Pearl’s team has rattled off five consecutive wins in SEC play since its lone conference setback and now sits at second in the SEC standings, just behind undefeated No. 2 Alabama. Auburn (16-3, 6-1) has made the most of an advantageous stretch in its schedule, with double-digit road wins last week against LSU and South Carolina. Those wins pushed Auburn to No. 15 in the latest AP poll and kept the Tigers in good position as they approach a more daunting segment of their slate.

Jaylin Williams has been an ‘X-factor’ for Auburn this season

Among the upcoming stretch of games for Auburn are a home matchup against Texas A&M (52nd in NET, 48th in KenPom), a road game at West Virginia (30th in NET, 28th in KenPom), then a February run that includes a home game with the Georgia (105th in NET) team that handed the Tigers their lone SEC loss, road games against No. 4 Tennessee (second in NET and KenPom) and Texas A&M, and a highly anticipated home showdown with second-ranked Alabama (third in NET and KenPom).

In other words: This upcoming stretch of games will teach us a lot about Auburn’s outlook as the postseason approaches.

For the rest of the season, AL.com will take a weekly snapshot of Auburn’s NCAA Tournament resume, with a look at the team’s record by quadrant, as well as the latest projections for the Tigers in the field of 68. Here’s where things stand with about seven weeks until the start of the NCAA Tournament:

Auburn’s season at a glance:

SEC record: 6-1 (second in the league, behind undefeated Alabama)

— Bracket Matrix, which currently weighs projections from 77 experts’ brackets, projects Auburn as the second No. 5 seed in the field. The Tigers appear on all 77 brackets.

— ESPN’s Joe Lunardi, in his latest projection before the weekend’s games, had Auburn as a No. 6 seed taking on No. 11 seed Boise State in Denver during the opening weekend. Lunardi placed Auburn in the Midwest Regional, which also had Alabama as the top seed in that corner of the bracket.

— CBS Sports’ Jerry Palm currently projects Auburn as the No. 6 seed in the East Regional and playing the opening weekend in Greensboro, N.C. Palm’s projection has the Tigers facing the winner of the First Four game between No. 11 seed Arizona State and Penn State in the opening round.

— Bracket WAG’s Shelby Mast projects Auburn as a No. 5 seed in the East Regional, with the Tigers facing 12th-seeded Oral Roberts in the opening round.

— RealTimeRPI.com currently projects Auburn as a No. 3 seed in the Midwest Regional, with the Tigers playing 14th-seeded UC Santa Barbara in the opening round.

— Bart Torvik’s T-Rank projection currently has Auburn as the top No. 6 seed in the field.

— NCAA’s Andy Katz projects Auburn as a No. 5 seed in the Midwest Regional in his latest bracket. Katz has the Tigers facing 12th-seeded Kent State in the opening round and in the same region headlined by No. 1 seed Houston.