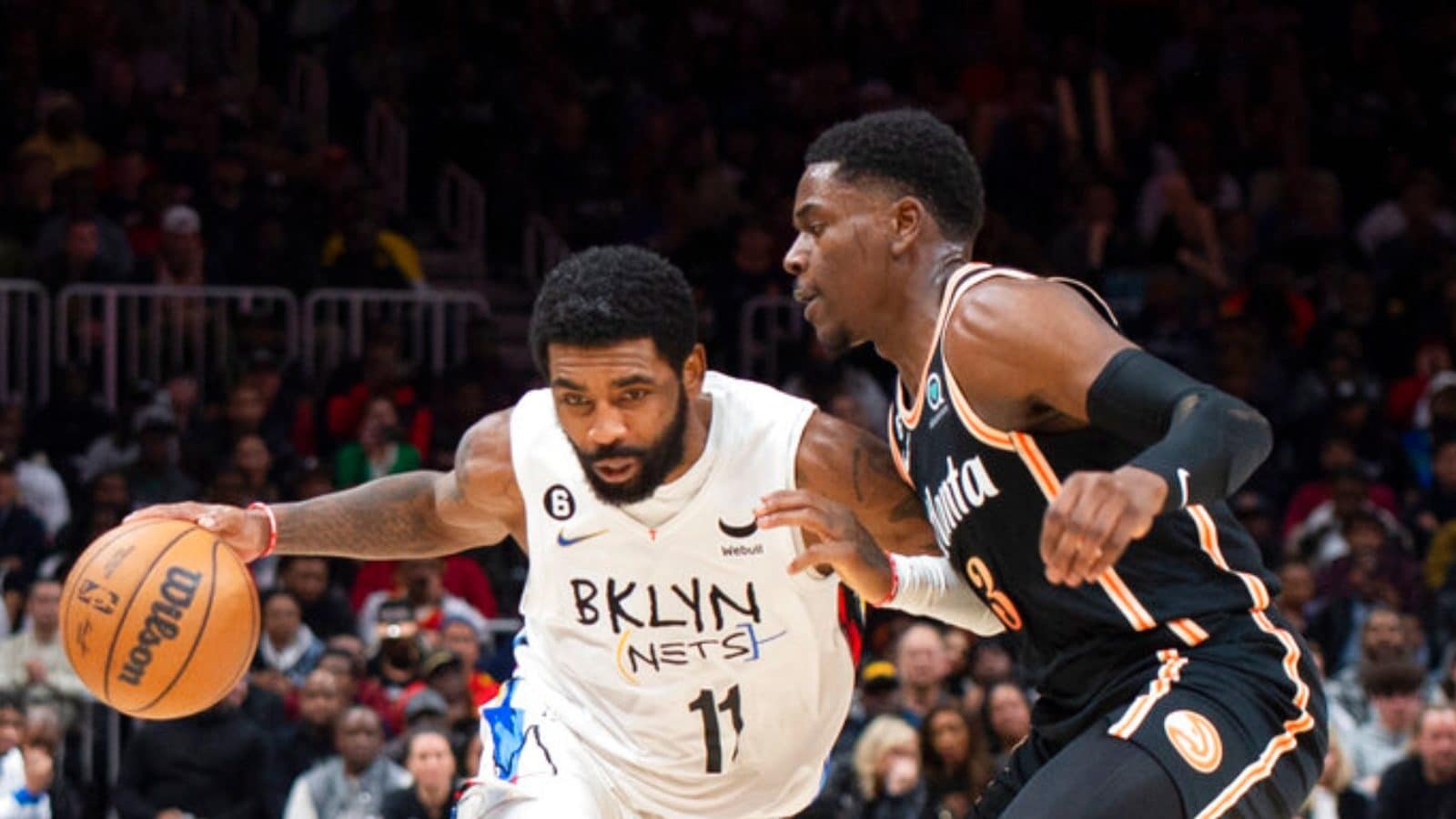 The Brooklyn Nets pushed their NBA winning streak to 10 games in dramatic style on Wednesday, rallying in the second half then hanging on to edge the Hawks 108-107 in Atlanta.

Kyrie Irving scored 15 of his 28 points in the fourth quarter and Kevin Durant added 26 points, 16 rebounds and eight assists for the Nets — whose winning streak is their longest since the 2005-06 season and the longest in the league this season.

Year Ender 2022: Verstappen Steps up With Dominant Second After a Dramatic First

The game was just one of the close ones around the league on Wednesday, with Zion Williamson and the New Orleans Pelicans beating the Minnesota Timberwolves 119-118 and the Chicago Bulls downing the Milwaukee Bucks 119-113 in overtime.

In Atlanta, the absence of Hawks leading scorer Trae Young as well as Clint Capela and De’Andre Hunter didn’t stop the hosts from taking a 63-56 lead after a first half in which Atlanta made just one turnover to Brooklyn’s eight.

But the Nets clawed their way back in the third and Irving scored eight straight points with a layup and two three-pointers to push the Nets’ lead to 93-82 early in the fourth.

He then fed Yuta Watanabe for a floater that gave the Nets a 13-point lead with 8:40 remaining.

Durant made a pair of baskets sandwiched around one for Atlanta’s John Collins and the Nets escaped with the win.

“Sounds pretty good,” Durant said of the 10-game streak, noting the struggles the Nets have endured for a couple of years — including this season’s slow start, the sacking of coach Steve Nash and the anti-Semitism row that engulfed Irving.

“It’s good to get some stability and win a few games along the way and have some fun,” he told an on-court television interviewer, noting the depleted Hawks played “faster and harder without their leader.

Year Ender 2022: How Cristiano Ronaldo Ruined His Legacy in 90 Minutes

“I was glad we were able to play a four-quarter game and understand what we needed to do to get a win,” Durant said.

In New Orleans, Williamson returned after missing three games because of Covid concerns and scored a career-high 43 points to lead the Pelicans.

Williamson scored the Pelicans’ final 14 points and his free throw with four seconds remaining proved the game-winner in a fourth quarter that featured nine lead changes and was tied seven times.

Anthony Edwards and D’Angelo Russell scored 27 points apiece for the Timberwolves, but Edwards missed a potential game winner as the clock ticked down.

DeRozan came up with a steal and fed Ayo Dosunmu for the game-tying dunk in the waning seconds of the fourth quarter.

After Nikola Vucevic’s three-pointer put the Bulls up 111-110 with 1:28 left in overtime DeRozan scored Chicago’s last eight points — six of them from the foul line.

The Heat’s Jimmy Butler and Bam Adebayo spoiled LeBron James’s latest return to Miami, leading the hosts to a 112-98 victory over James and the Los Angeles Lakers.

Butler, back after missing one game with a sprained ankle, scored 27 points with five rebounds, four assists and six steals.

Adebayo, sidelined for a game by non-Covid illness, had 23 points and 14 rebounds.

James, who led the Lakers with 27 points, said the discrepancy in shots attempted — Miami’s 92 to the Lakers’ 77 — was a direct result of the Lakers’ 26 turnovers.

“They had 31 points off our turnovers. They had 19 second-chance points off offensive rebounds, and that’s pretty much the game right there,” James said.

Things got heated in Detroit, where Orlando’s Moritz Wagner and the Pistons’ Killian Hayes and Hamidou Diallo were all ejected after a  shoving match that had both benches worked up in the second quarter of the Pistons’ 121-101 victory over the Magic.

The Pistons were up by nine when the incident was sparked by Magic forward Wagner, who shoved Hayes off the court as he chased a loose ball down the sideline.

Diallo raced in and pushed Wagner from behind, then Hayes hit Wagner in the back of the head, sending him sprawling into the Pistons bench.