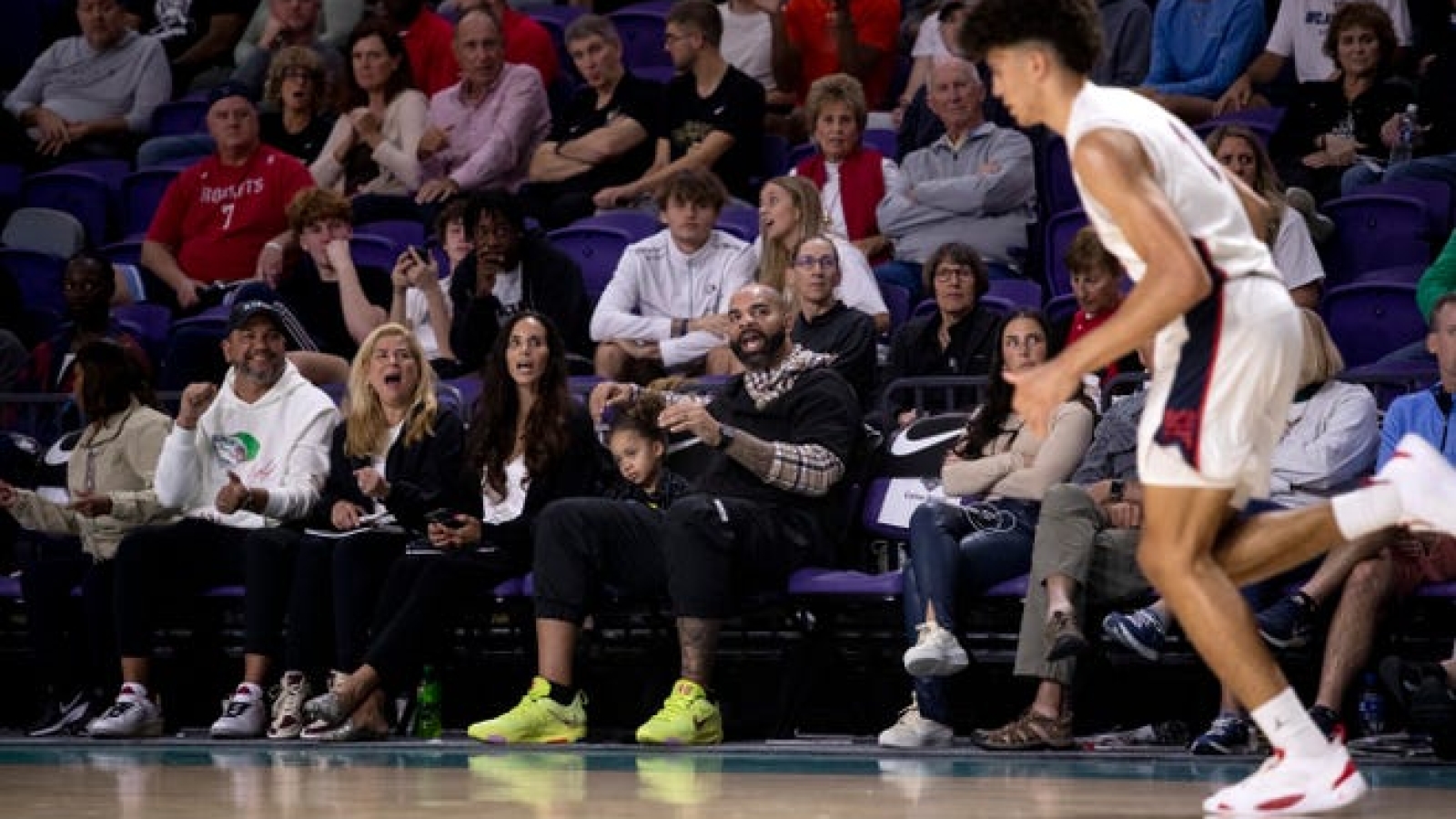 With their father Carlos conspicuously cheering them on from center court, Cayden and Cameron Boozer of Miami’s Christopher Columbus helped lead the Explorers into the City of Palms semifinals with a 65-56 win over Myers Park (N.C.) Monday.

Carlos, a standout on Duke’s 2001 NCAA national championship team and an All-Star forward in the NBA, never had the opportunity to play at the City of Palms. He was a two-time Parade All-American at Juneau-Douglas High in Alaska, powering them to back-to-back state titles in the late 1990s.

Only one Alaska high school has ever competed at the City of Palms. That was Anchorage East in 1992 and 1995. In its first appearance, Anchorage, led by another future Duke star in guard Trajan Langdon, lost in the tournament final to Washington (D.C.) Dunbar.

The Cougars’ dual-sport star has been doing it all for Canterbury in the City of Palms. Roker hasn’t left the court since the tournament started, playing 64 minutes in both of the Cougars’ games.

Roker was instrumental in a competitive game on Monday against Tampa Catholic. In his 32 minutes played, he tallied 13 points, 7 rebounds, and 6 assists. Of Canterbury’s 22 turnovers in the loss, Roker was responsible for just one.

“And [Roker] is a warrior, man,” Canterbury head coach Mike Hibbs said. “He’s the guy who makes everything go for us on both offense and defense. He just does everything for us, and I can’t take him out of the game, even if he does ask.”