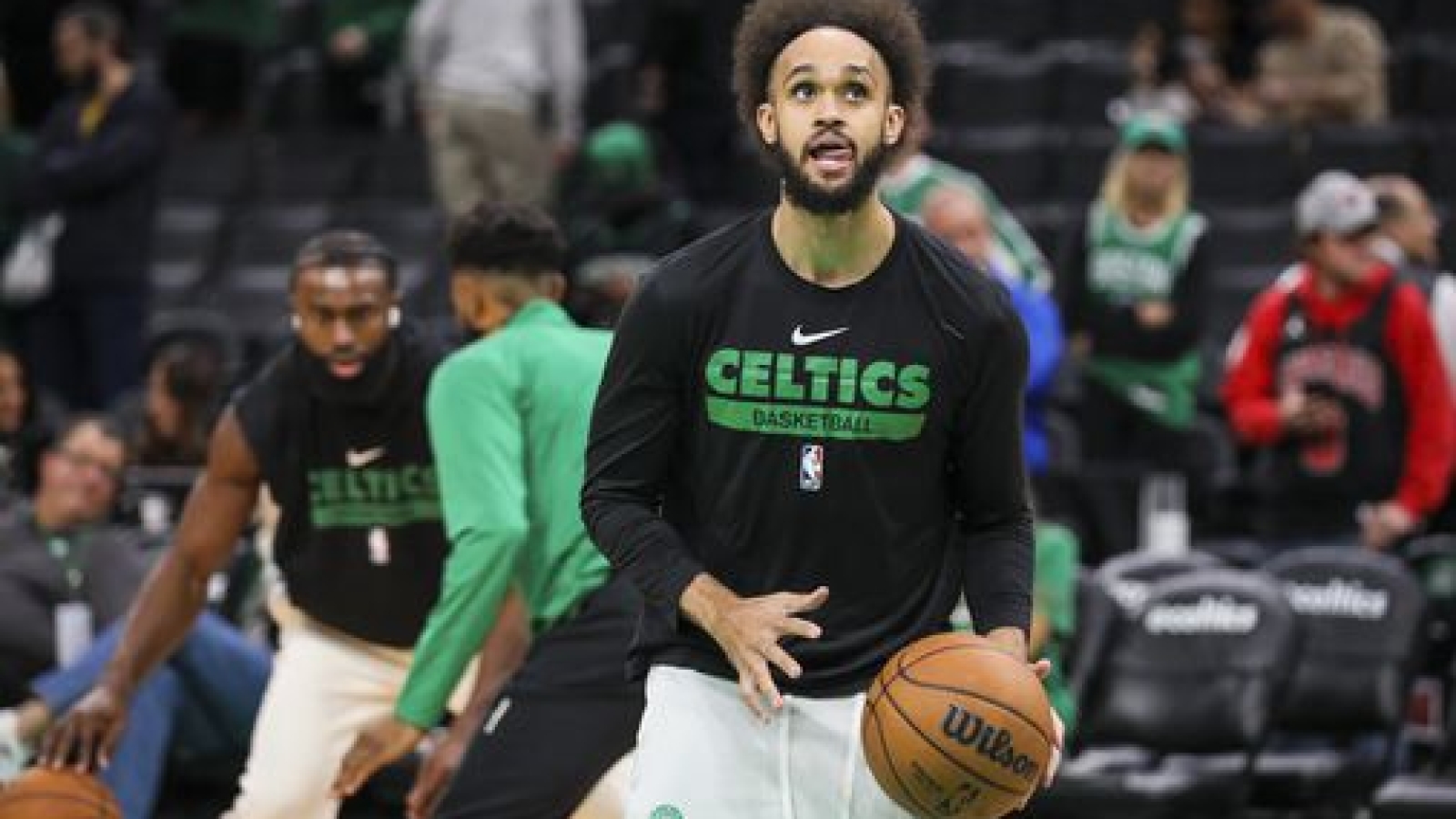 SAN ANTONIO — Saturday night’s game against the Spurs was a homecoming for Celtics guard Derrick White, who played his first four-plus seasons in San Antonio before being traded to the Celtics last February.

White transformed himself from a late-first-round pick in 2017 to a franchise cornerstone who signed a four-year, $70 million contract with the Spurs a few months prior to being traded.

“It’s cool to see a lot of people that I haven’t seen since the trade and some of the places that I used to come to,” White said. “It’s cool to be back, a little different but cool. I’m just kind of excited.”

“It’s always fun to see Derrick,” Popovich said. “He’s a beautiful human being. I was hoping someday he would speak. We got him going a little bit. He’s just a really quiet, respectful human being, that’s his basic makeup. We learned early on he has a high basketball IQ. He’s not the most athletic guy in the world but he’s smart. He’s a team player.”

Bounce around the NBA with our Celtics-centric look at the latest happenings on and off the court.

White acknowledged he was shy during his early years in San Antonio.

“I was nervous when I first got here,” he said. “It was Popovich, so he’s a great guy. I learned so much on the court and off the court from him, that I’m thankful.”

Popovich, one of Ime Udoka’s mentors who gave him his first coaching opportunity, offered support for the suspended coach Saturday. Udoka led the Celtics to the NBA Finals in his first season but was suspended for inappropriate behavior during a consensual relationship with a team employee. Udoka remains under suspension and his future with the Celtics is uncertain.

“He’s a very good friend,” Popovich said. “He always will be. So you feel for people that get caught up into a situation. But I’m not a judge and a jury and our friendship will continue.”

Langford came to San Antonio along with Josh Richardson in the White deal. Saturday was his 12th start of the season and he’s averaging a career-best 6.9 points in 24 games. He scored 15 points in Friday’s home win against the Pistons and a season-high 23 in the Dec. 29 win over the Knicks.

“He’s just beginning to feel his oats, so to speak,” Popovich said of Langford. “He’s pretty athletic. He’s got quick feet. He’s offensively talented but he’s also defensively, he’s very capable and he’s learning that he can do that at both ends of the floor. He’s getting minutes now and I think he’s trying to carve out an NBA career.”

The Celtics selected Langford in the first round in 2019 but injuries and inconsistency derailed his tenure in Boston. Langford only played in 94 games in 2½ seasons in Boston.

“What you have to try to do is not read his body language,” Popovich said. “Because his body language is kind of like George Gervin was, but George is a Hall of Fame player. You can get away with being loose and very calm and you don’t look like you’re the meanest man in the valley. That’s not Romeo’s look. But if you give him an opportunity and let him play, he’ll show you that he’s got something.”

The Celtics had until Saturday to waive Justin Jackson but he was in uniform, meaning his contract is guaranteed for the season. The Celtics do have the option of waiving Jackson in the future but would have to pay out the remainder of his 2022-23 salary. The Celtics traded Noah Vonleh to the Spurs on Thursday but San Antonio immediately waived him. Boston was able to clear a roster spot and save luxury-tax money with the move.

Gary Washburn is a Globe columnist. He can be reached at gary.washburn@globe.com. Follow him on Twitter @GwashburnGlobe.