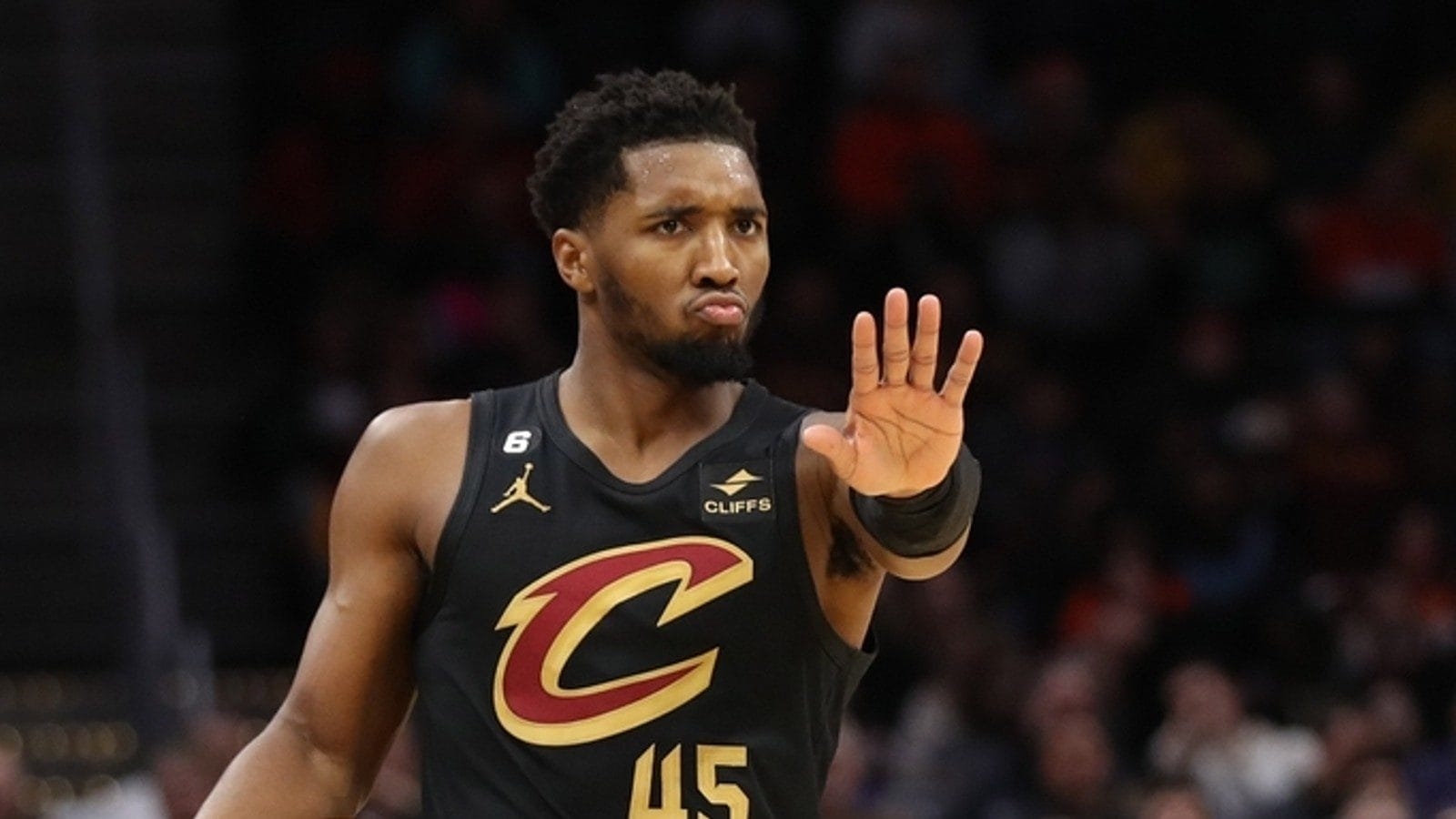 Giannis Antetokounmpo scored a season-high 45 points and grabbed 14 rebounds but couldn’t stop his Eastern Conference-leading Milwaukee Bucks from falling to a 114-106 defeat to the Cleveland Cavaliers on Wednesday.

Cleveland had lost their previous two meetings with the Bucks this season but with Donovan Mitchell scoring 36 points they delivered a strong fourth quarter to ensure victory.

Mitchell was 15 of 16 at the free throw line, including nine of nine in the fourth, but was also ably supported by 23 points from Darius Garland and 19 points from Jarrett Allen.

The Cavaliers are 16-2 on home court, the best record in the NBA

“We needed it,” said Allen, “We lost on their court twice and we needed to show them that we are here to play,” he added.

Those two defeats had seen Cleveland fade in the third quarter and Allen said it was crucial that they stayed on top of their game throughout.

“That gives us a lot of satisfaction, we didn’t let the third quarter stop us, we came out and attacked, defended and did it all,” he said.

In New York, the Knicks’ eight-game winning streak came to an end with a surprise 113-106 loss at home to the Toronto Raptors.

“It felt good to win,” said Cameroonian Siakam, “It didn’t matter if it was on the road or at home we just wanted a win,” he said.

“We have been going through a tough time and now the most important thing is to build on it,” he added.

There was late drama in Atlanta where Ayo Dosunmu’s buzzer-beating lay-up gave the Chicago Bulls a 110-108 win over the Hawks.

Demar DeRozan missed from the left but Dosunmu grabbed the rebound and won the second straight game for Chicago.

DeRozan had 28 points for Chicago, who had let an 18-point lead slip, while Trae Young topped scoring for Atlanta with 34 points.

The Brooklyn Nets produced the third biggest first-half tally in NBA history as they led defending champions the Golden State Warriors 91-51 at the interval before going on to win 143-113.

The Nets’ seventh straight win adds to the misery for the depleted Warriors who lost by 38 points to the New York Knicks on Tuesday and were again without Stephen Curry.

Kevin Durant top-scored for Brooklyn with 23 points and the Nets had nine players make double figures, allowing them to cope with the absence of Kyrie Irving who was ruled out with calf tightness.

The Boston Celtics, second in the East, have now lost five of their last six games, including three straight defeats after losing 117-112 at home to the Indiana Pacers.

Jayson Tatum put up 41 points for the Celtics but the Pacers, who had opened up a 30-point lead in the second quarter, were able to hold on for the win with Tyrese Haliburton scoring 33 points.

The Orlando Magic made it seven wins out of eight as they came back from 15 points down in the second half to beat the Rockets 116-110 in Houston.