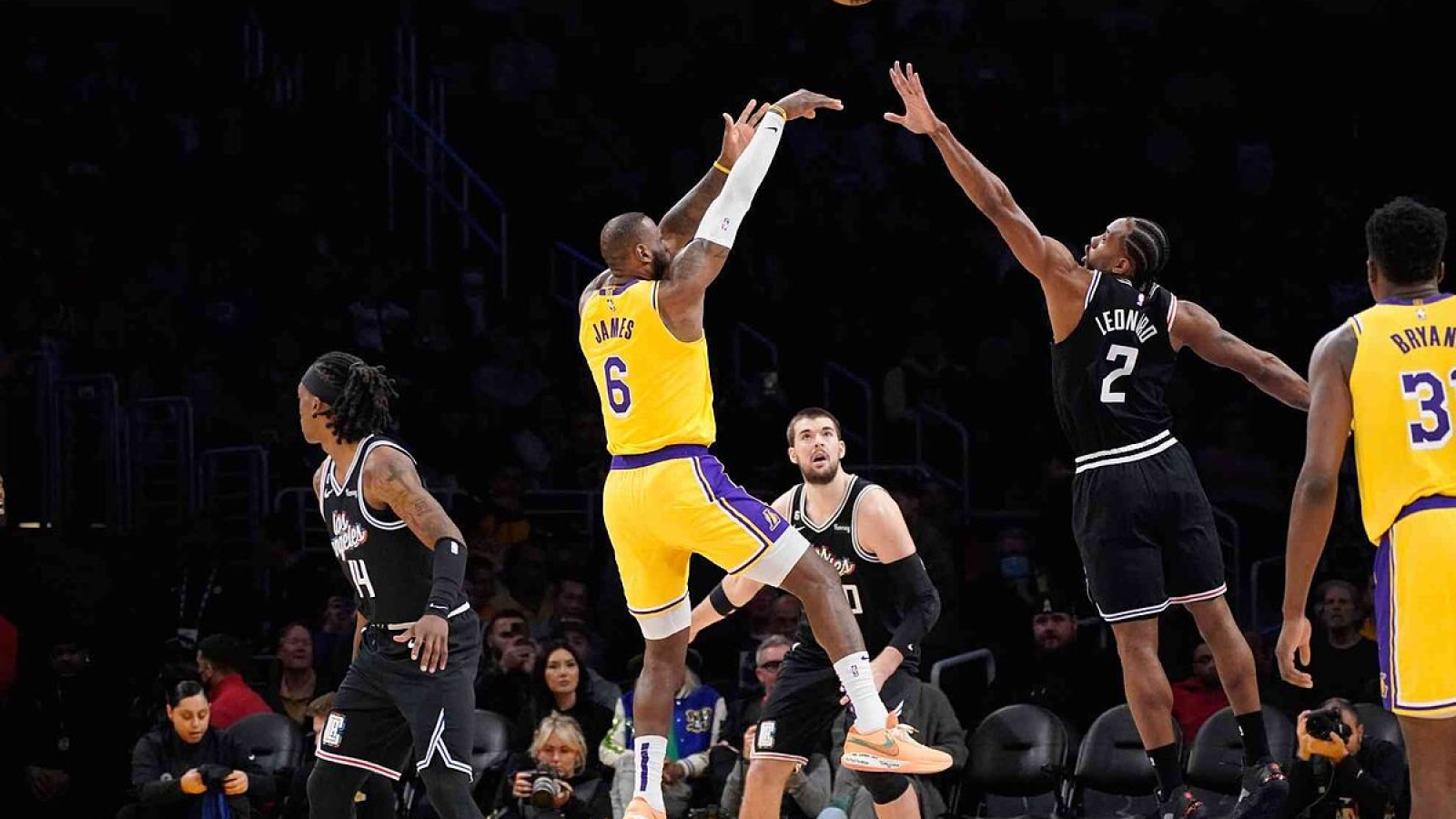 LeBron James became the first player in history to score at least once 40 or more points against all 30 NBA franchises on Tuesday when he scored 46 points that were not enough for the Los Angeles Lakers to defeat their crosstown rivals, the Los Angeles Clippers, who took the win by a score of 133-115 at Crypto.com Arena.

All LeBron James’ milestones in the loss vs. Clippers

The Lakers, who were administrative home underdogs against the Clippers, experienced another historic night from James, who, however, appears to be only weeks, if not days away from breaking the all-time regular season points mark held by fellow Lakers legend Kareem Abdul-Jabbar.

With the 46 points in Tuesday night’s game, LeBron now has 38,120 points in his 20-season NBA career with three teams (Cleveland Cavaliers, Miami Heat and Los Angeles Lakers), putting him just 177 points behind the mark set by the man born Ferdinand Lewis Alcindor Jr.

Tenth win in a row for Clippers vs. Lakers

Not only did the “King’s” magical night include scoring at least 40 points against the Clippers for the first time in his career, but with 6:45 minutes to play in the fourth period, LeBron reached the magic tally with his ninth three-pointer of the game, which was a personal high in his glorious career that began just as he was selected by the Cavs first overall in the 2003 Draft.

Despite all this from James, he could not prevent the Clippers’ tenth consecutive win over the Lakers, with Paul George and Kawhi Leonard scoring 27 and 25 points, respectively, for the visitors.

What’s next for the Clippers and the Lakers?

With this result, the Clippers (26-24) are in fifth place in the Western Conference, their next game will be the next game when they host the San Antonio Spurs, while the Lakers (22-26) are placed 13th in the same classification and will return to the duels against the same Spurs this Wednesday.