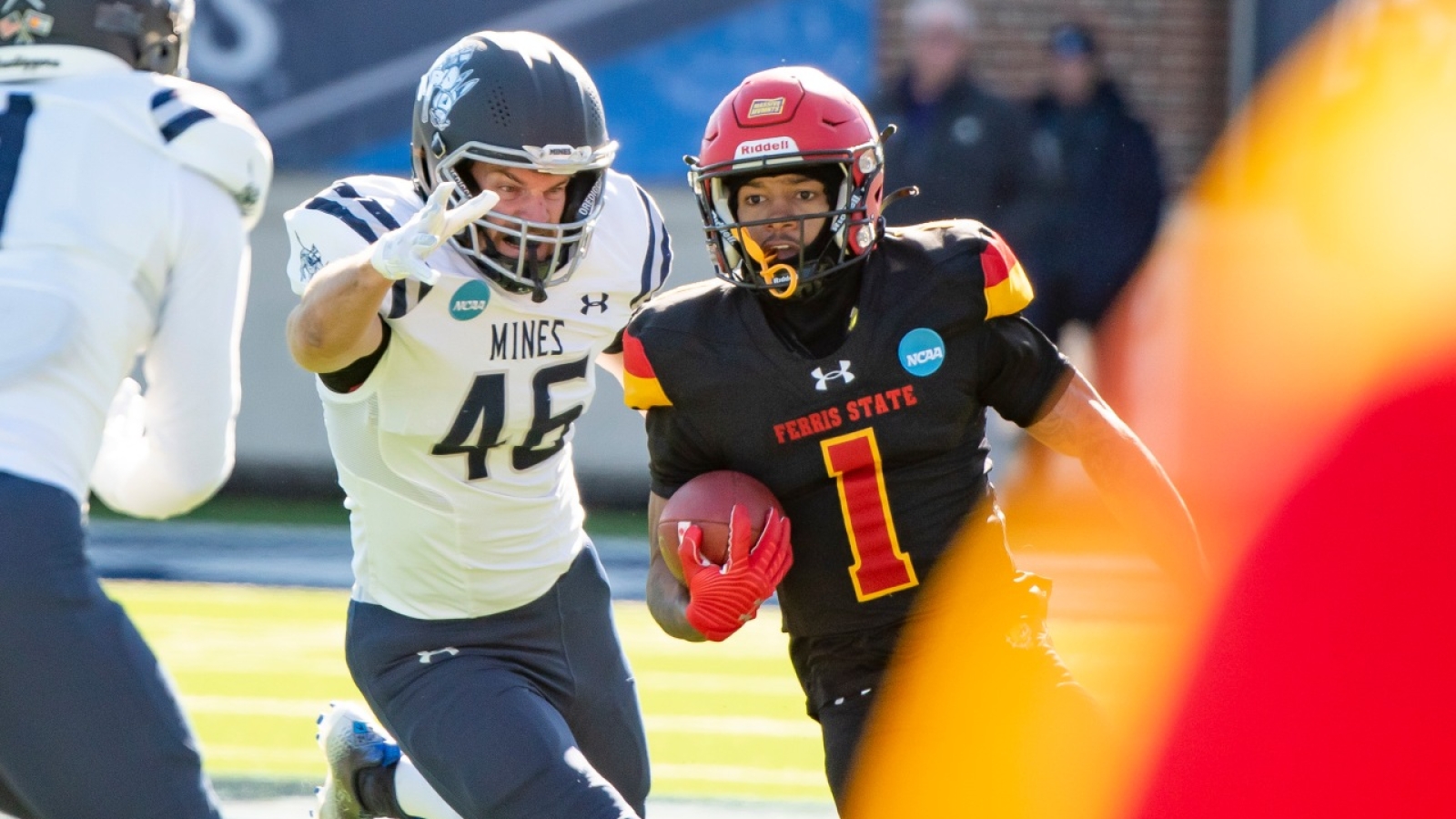 Ferris (14-1) was in its third national title game in four years, winning its first title last year to complete a 14-0 season. This was the Bulldogs’ eighth straight trip to the playoffs.

Gulker scored on a 2-yard run to complete a seven-play, 79-yard drive for a first-quarter score then the Bulldogs followed with a 20-point second quarter on Eddie Jewett’s field goals of 33 and 22 yards, CJ Jefferson’s 19-yard run to finish an eight-play, 75-yard drive, and McCloud’s 31-yard return in the final minute of the half for a 27-0 lead.

The Orediggers (13-3) didn’t score until there was just over a minute left in the third quarter on John Matocha’s 10-yard pass to Michael Zeman.

Gulker restored the 27-point lead with a 1-yard run to finish a nine-play, 75-yard drive early in the fourth quarter, and after Matocha’s second touchdown pass, Gulker added a 6-yard score.

Ferris State’s Mylik Mitchell was 14-of-18 passing for 161 yards, Marcus Taylor rushed for 103 yards on 13 carries. Jefferson had 95 yards receiving on seven carries.

Ferris State outgained the Orediggers 426-222 while its defense allowed only 4 yards rushing and had six sacks.

Matocha, who won the Harlon Hill Award as D-II most outstanding player, was 22-of-38 passing for 218 yards with two TDs and two interceptions. Josh Johnston had eight catches for 116 yards with a TD.