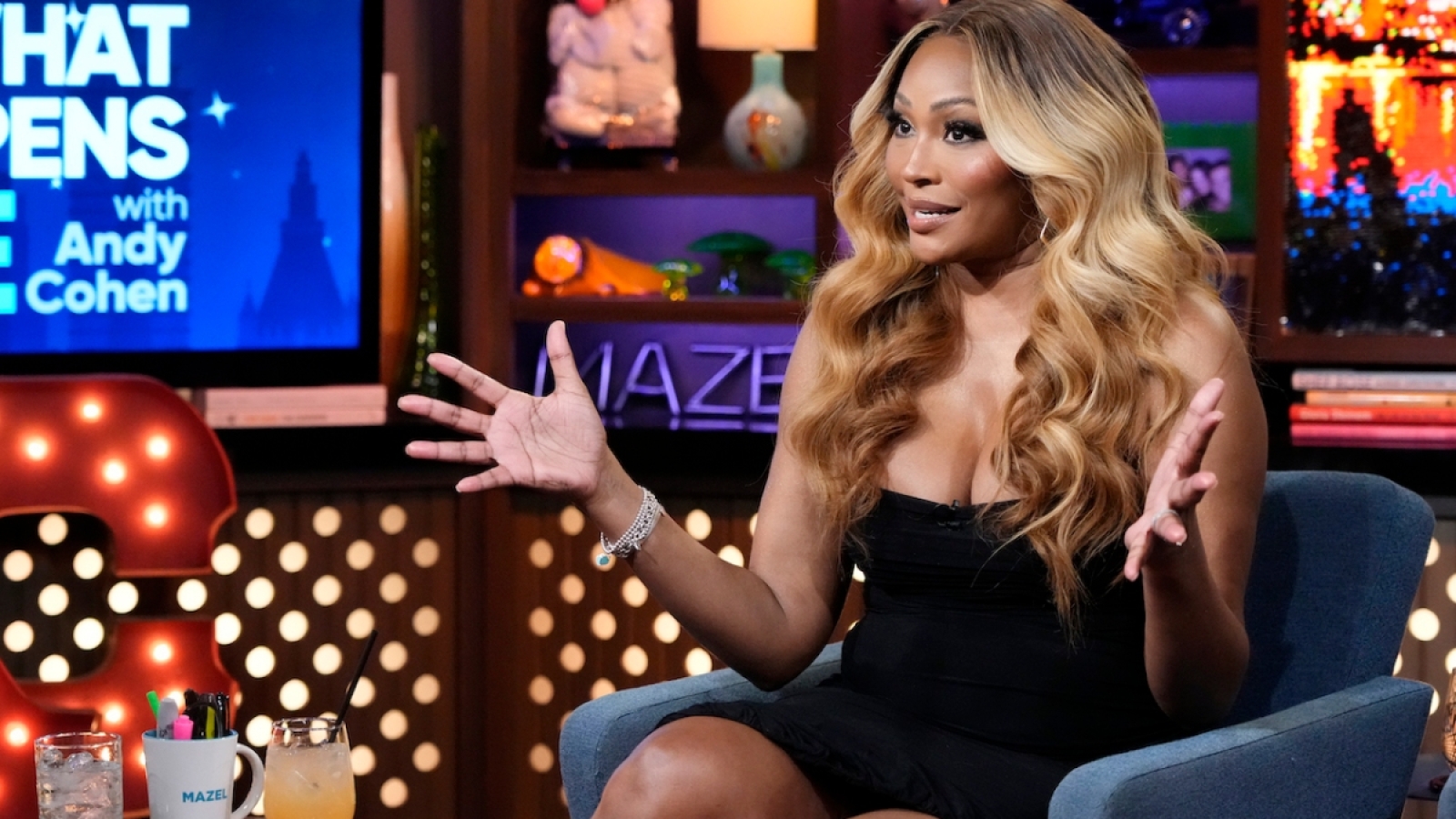 Count on The Real Housewives of Atlanta alum Cynthia Bailey to dish on her very impressive resume of men she’s dated. The former supermodel has one child with actor Leon Robinson, and she’s been married a few times, but she’s held the hands of many Hollywood bachelors. She recently revealed she dated both an actor and a sports player simultaneously.

Before her life was exposed on RHOA, Bailey had a successful modeling career and caught the eye of many men. She’s had quite the dating life, including dating a now-top actor and a former NBA player.

“Boris Kodjoe and I definitely dated. We were super like best of friends for a long time. He had just started modeling. He was in college, and he would actually come and crash at my place and stuff. And it was before Boris was Boris.” Bailey told Jasmine Brand on her FOX SOUL show Brutally Honest. “The whole time, my friends would be like, ‘Yo, what’s up with him?’ I’d be like, ‘This is my boy. We’re cool.’ Because I was actually dating a basketball player at the time.”

“The basketball player was Jayson Williams from the New Jersey Nets. We met very early in his career before everything happened with him. [He was a] sweet guy, a very sweet guy. Jayson and I were actually engaged,” she explained.

Williams was a standout in the NBA, but following his retirement, he ran into some trouble. In 2002, he was charged with the accidental shooting death of a limousine driver. Williams pleaded guilty and served a 27-month prison sentence. He also had some substance abuse issues.

Bailey may have dated dozens of hot bachelors, but she’s only been married twice. In 2010, she married Peter Thomas. Before that, Bailey was coined the “runaway bride,” having been engaged five times. After years of financial trouble, cheating rumors, and bad business decisions on Thomas’ end that always went public, Bailey filed for divorce. Their divorce was finalized in 2017.

In 2020, she married sportscaster Mike Hill after meeting on The Steve Harvey Show in 2018. She insisted that Hill would be her forever. But months before their two-year wedding anniversary, they split. Bailey confirmed the divorce days after their anniversary. The divorce has already been finalized. She says incompatibility and their deteriorating friendship led to the divorce.

Bailey also revealed to Brand that she dated a member of the Jackson family. “I went on a random date with Jackie Jackson from The Jackson 5,” she said. “Actually, I think I went on a couple of dates with him, and he was pretty cool,” she remembered. “He even picked me up from the airport. That’s like extra cool. Like, who wants to go pick up somebody from the airport? Especially LAX. It was crazy.”

It’s unclear how long their romance lasted or what time period they dated. But Bailey didn’t have any hard feelings about their split. It’s also unclear if they’ve kept in touch since they stopped dating.