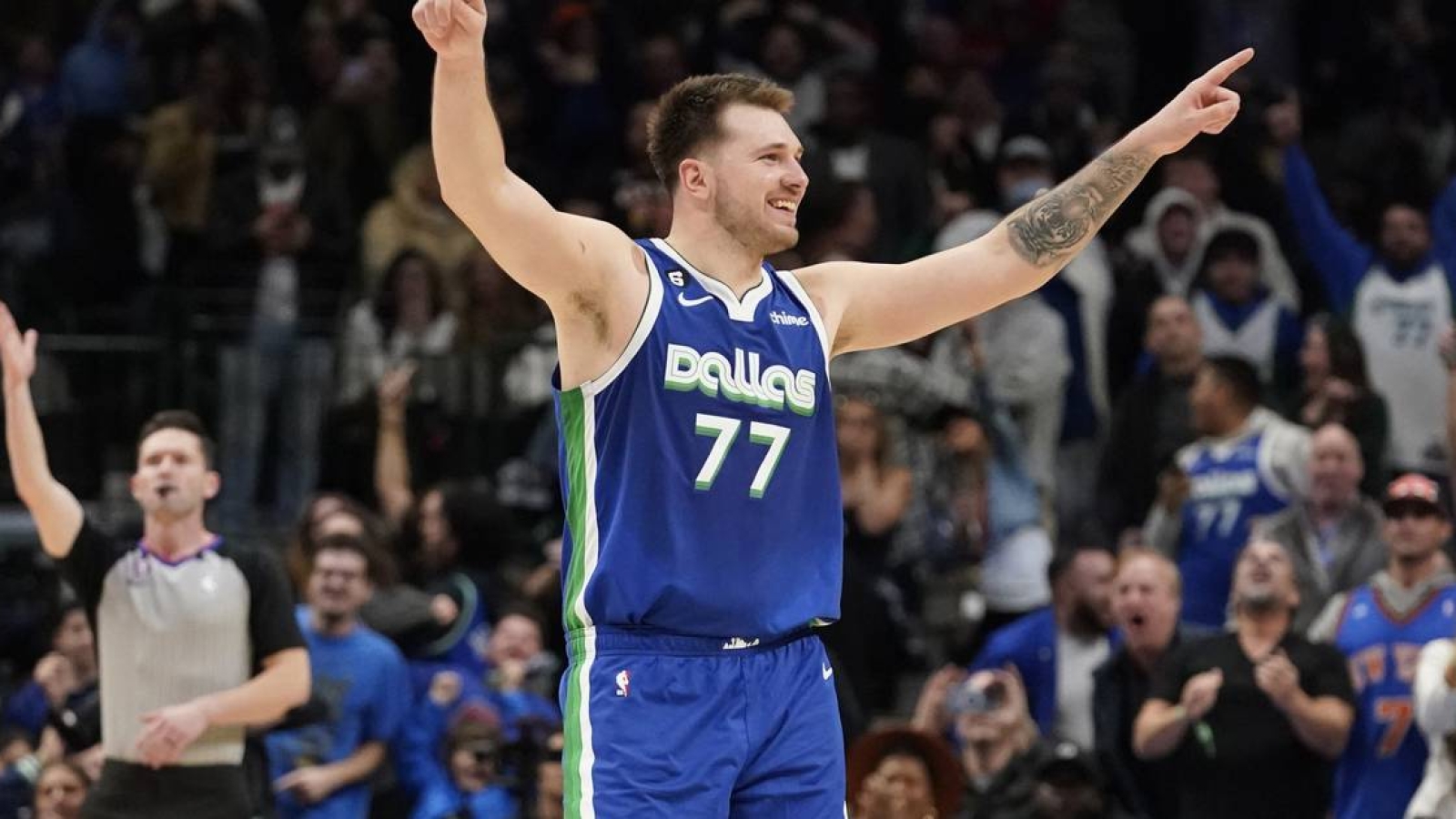 DALLAS — Luka Dončić had a franchise-record 60 points, 21 rebounds and 10 assists in a historic triple-double — including the tying basket off his intentionally missed free throw to force overtime — as the Dallas Mavericks rallied for a wild 126-121 victory over the New York Knicks on Tuesday night.

The Mavericks were down nine with 33 seconds left in regulation before getting even in a back-and-forth sequence capped by Dončić missing a free throw on purpose, ending up with the loose ball on the rebound and hitting a jumper for a 115-115 tie with 1.0 seconds remaining.

The first 60-point game in Mavericks history also included Dončić’s career high in rebounds and was the first 60-20-10 game in NBA history. The 23-year-old superstar posted his seventh triple-double of the season.

The Mavericks moved three games over .500 with a fourth consecutive victory, both marks matching their season bests.

Quentin Grimes scored a career-high 33 points and Dallas native Julius Randle had 29 points and 18 rebounds for the Knicks, who lost a fourth consecutive game coming off an eight-game winning streak, their longest in almost nine years.

Jalen Brunson missed the game with a hip injury, unable to play in what would have been his return to Dallas.

After Miles McBride missed one of two free throws with 11.5 seconds left, Spender Dinwiddie, who scored 25 points, hit a 3-pointer to get the Mavericks within 113-112.

McBride made both free throws the next time for a 115-112 lead with 7.7 seconds to go, then Grimes fouled Dončić before he could attempt a potential tying 3-pointer.

The Mavericks inserted seldom-used center JaVale McGee for the rebound, and they kept the ball alive on Dončić’s intentional miss. The ball bounced to the Slovenian star, and he hit the 11-foot jumper for the tie.

The Mavericks led for less than a minute of regulation but never trailed in overtime. Dončić put them ahead for good at 118-116 with two free throws midway through the extra period.

Brunson missed his first game of the season in his first visit to Dallas, where the point guard spent his first four seasons before signing with the Knicks in free agency last summer.

The two-time NCAA champion from Villanova got to play against his former team in early December in New York, where the Mavericks rolled to a 121-100 victory.