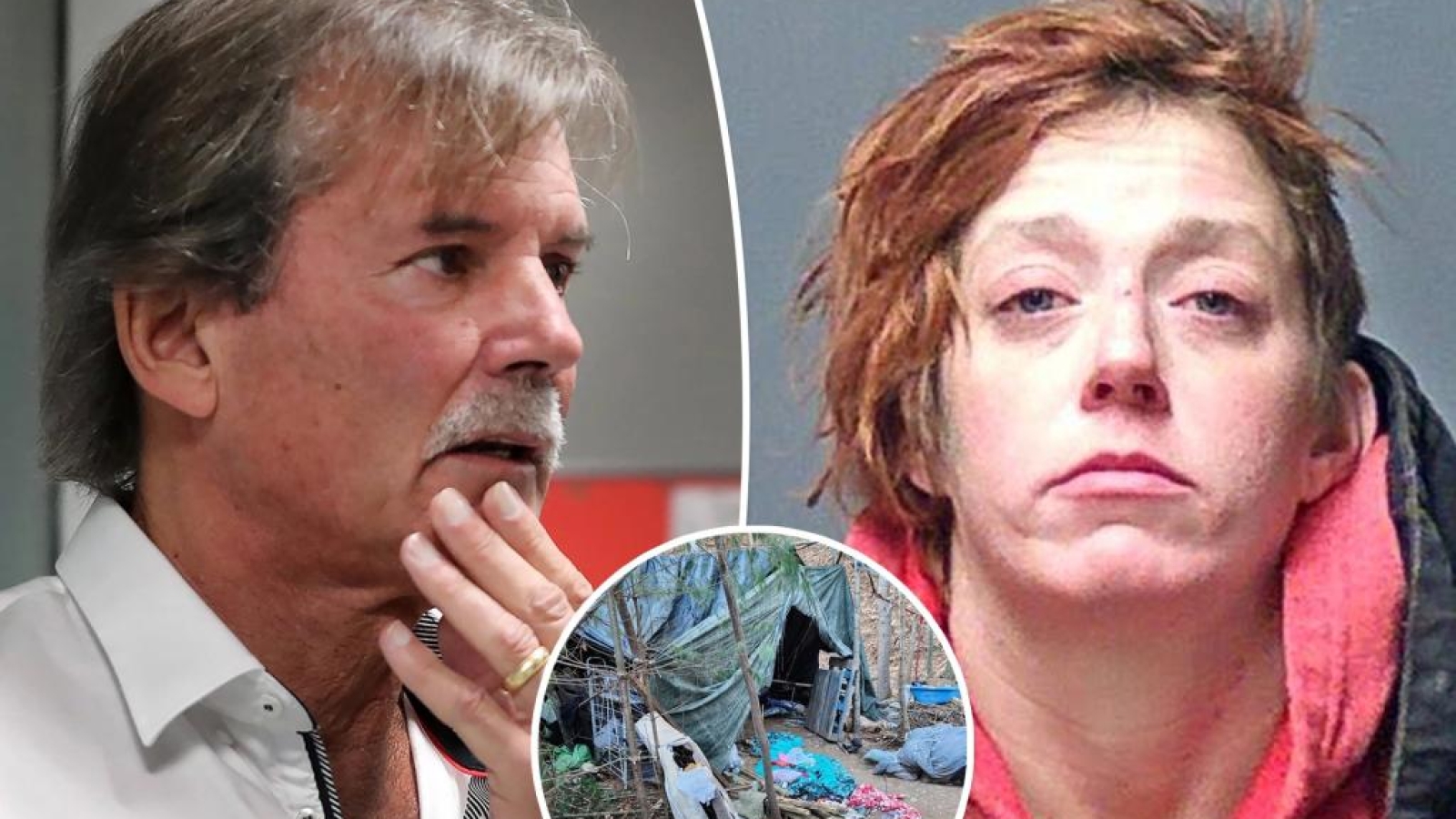 The family of Alexandra Eckersley is speaking out as she faces multiple charges after allegedly misleading Manchester, New Hampshire police in a search for her newborn baby boy in the woods early Monday.

Alexandra, who remains hospitalized after giving birth a tent in the woods in 18-degree weather, is the adopted daughter of MLB Hall of Fame pitcher Dennis Eckersley and his ex-wife Nancy.

In a statement to WCVB on Thursday, the Eckerley family said they are “still in complete shock” after learning about the tragedy from news reports, with no prior knowledge of their daughter’s pregnancy.

“We are utterly devastated by the events that unfolded on Christmas night when our daughter Allie delivered a baby while living in a tent. It is heartbreaking that a child was born under such unthinkable conditions and in such tragic circumstances,” the Eckersley family said in the statement. “We learned with everyone else from news reports what happened and are still in complete shock. We had no prior knowledge of Allie’s pregnancy.”

The Eckersley family then thanked first responders and hospital staff in Manchester “for saving this innocent newborn boy.” They went on to explain their family history with Alexandra, as well as her experience with mental illness and homelessness.

“Allie is our beloved daughter who we adopted at birth,” the statement continued. “Though it is painful to share, we feel it necessary to offer greater context of Allie’s circumstances and background. Allie has suffered from severe mental illness her entire life. Allie was hospitalized numerous times for her illness and lived in several residential programs. We did our very best to get Allie all of the help and support humanly possible.

“Once Allie became an adult there was even less we could do because she was legally free to make her own decisions as long as she was not a danger to herself or others. Under existing laws, there was simply no way to force her to receive treatment. Nonetheless, we continued to support her as best we could.

“Since she was twenty, Allie chose to live on the streets in New Hampshire. As in many states, the mental health system in New Hampshire is broken. The state hospital used to have 2500 psychiatric beds. Now there are less than 200 for more than 1.2 million citizens and the state was forced to eliminate another 48 beds this fall because of staff shortages. Without adequate inpatient beds for crisis, treatment and stabilization, a state mental system fails.

“We have always offered Allie a path home but she has made other choices. We hope Allie now accepts the treatment she desperately needs for her mental health issues. We also hope that all those who have heard this tragic story withhold judgment about our daughter until all the facts come out.”

According to WCVB, the Eckersley family said they were in the process of filing a guardianship petition to be involved in making decisions for the infant.

In a May 2019 interview, Alexandra – who was said to be dealing with bipolar disorder, depression and anxiety – told the Concord Monitor that she had been in and out of various treatment facilities for mental health and behavioral trouble since the age of 6. At the time, her family said in a statement to the outlet that Alexandra had been diagnosed with mental illness at the age of 2.

Alexandra, 26, faces charges of felony reckless conduct, endangering the welfare of a child, second-degree assault with extreme indifference and falsifying physical evidence. She was arraigned over the phone on Tuesday.

At the time, prosecutors said Alexandra’s mother, Nancy, told them that she and Dennis, her ex-husband, offered their daughter drug treatment for years, which she refused and chose to be homeless.

According to an affidavit cited by WCVB, Eckersley told police she did not know she was pregnant and admitted to using cocaine and marijuana in the days before the baby’s birth.

Officials said they discovered the unclothed, uncovered baby boy who was struggling to breathe in a tent in 18-degree weather near the Piscataquog River.

When asked why she left her baby in that condition, Alexandra told officials that she was trying to save herself, according to a police affidavit cited by the Boston Herald on Wednesday.

“What do they tell you when a plane goes down? Save yourself first,” Alexandra told officers while waiting for an ambulance early Monday.

Eckersley’s boyfriend — identified in court papers as 45-year-old George Theberge — was also present, according to the police affidavit.

“She did what she had to do to get help. Childbirth is incredibly dangerous even under the best of circumstances,” Strand said.

EMS performed emergency breathing on the baby, who was initially taken to Catholic Medical Center and then transferred to Dartmouth-Hitchcock Medical Center, where he remains intubated, Assistant County Attorney Carl Olson said. The baby reportedly weighed 4.4 pounds after being born about three months early.