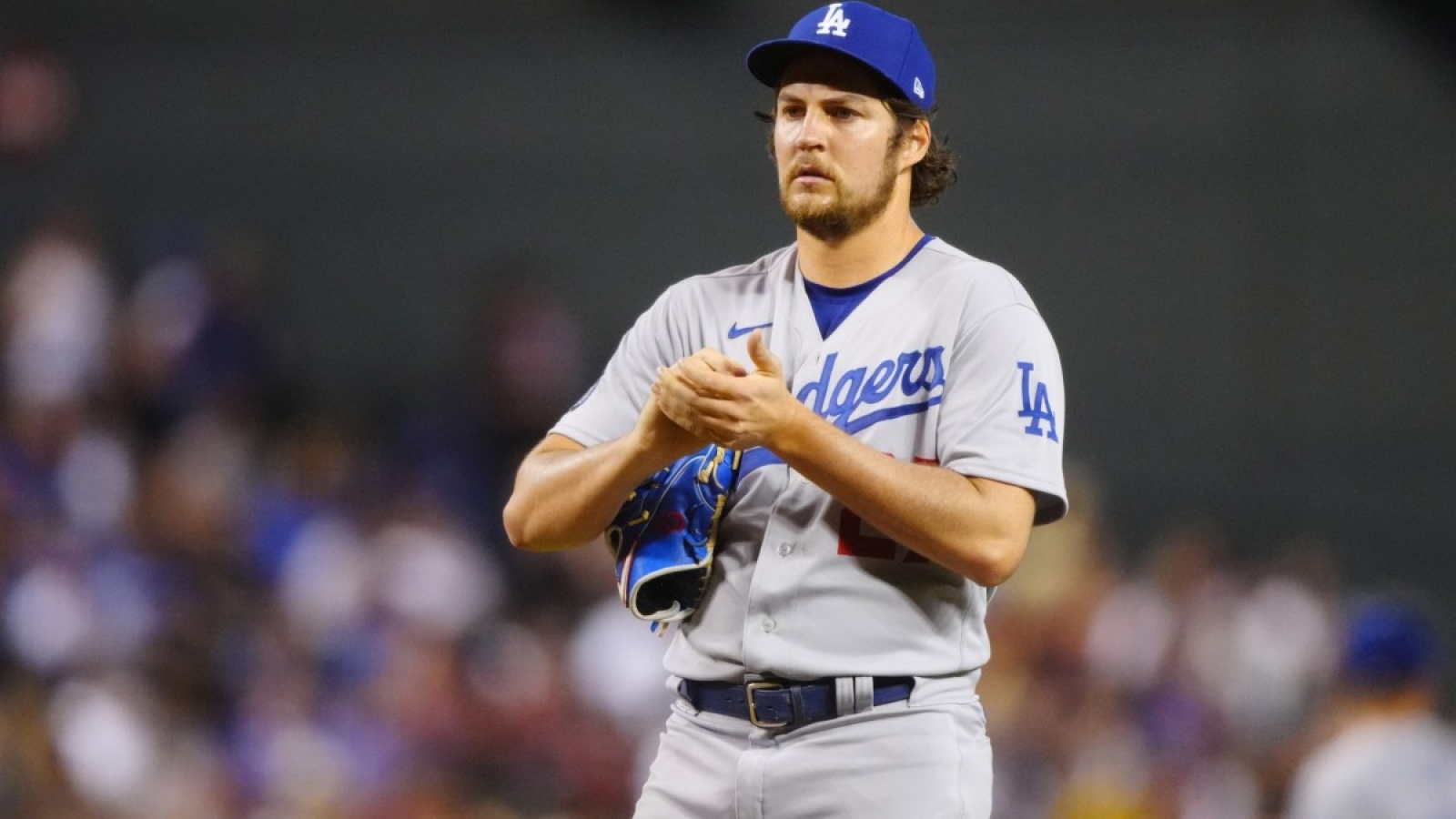 If the Dodgers decide to release embattled pitcher Trevor Bauer — they have until Friday to make their decision — any other team would be able to pick him up for the major-league minimum salary of $720,000. Los Angeles would be on the hook for the rest of his salary, nearly $23 million.

Of course, one of the most intriguing storylines of the last month of the offseason could end up being: Which teams (if any) are interested in signing Bauer?

Former big-leaguer Trevor Plouffe is guessing the Dodgers will eat the money and release Bauer. But he also thinks someone else will pick him up.

After Plouffe’s co-host says there’s no MLB team like the New England Patriots who are willing to take on “head cases,” Plouffe gives a look of disagreement and says, “The Astros might be that team. … I don’t think they care.”

Plouffe also mentions the Rangers, Mets, and Mariners as teams who might be willing to take on a player with Bauer’s personality and baggage because of what he can bring them on the field.

Bauer seems convinced, based on recent social media posts, that the concerns of his Dodgers teammates are overblown and that media members are making up reports that L.A. is likely to release him. We’ll see what happens this week, but either way, it’s going to make quite a sideshow for the month of January as we prepare for spring training to start next month.