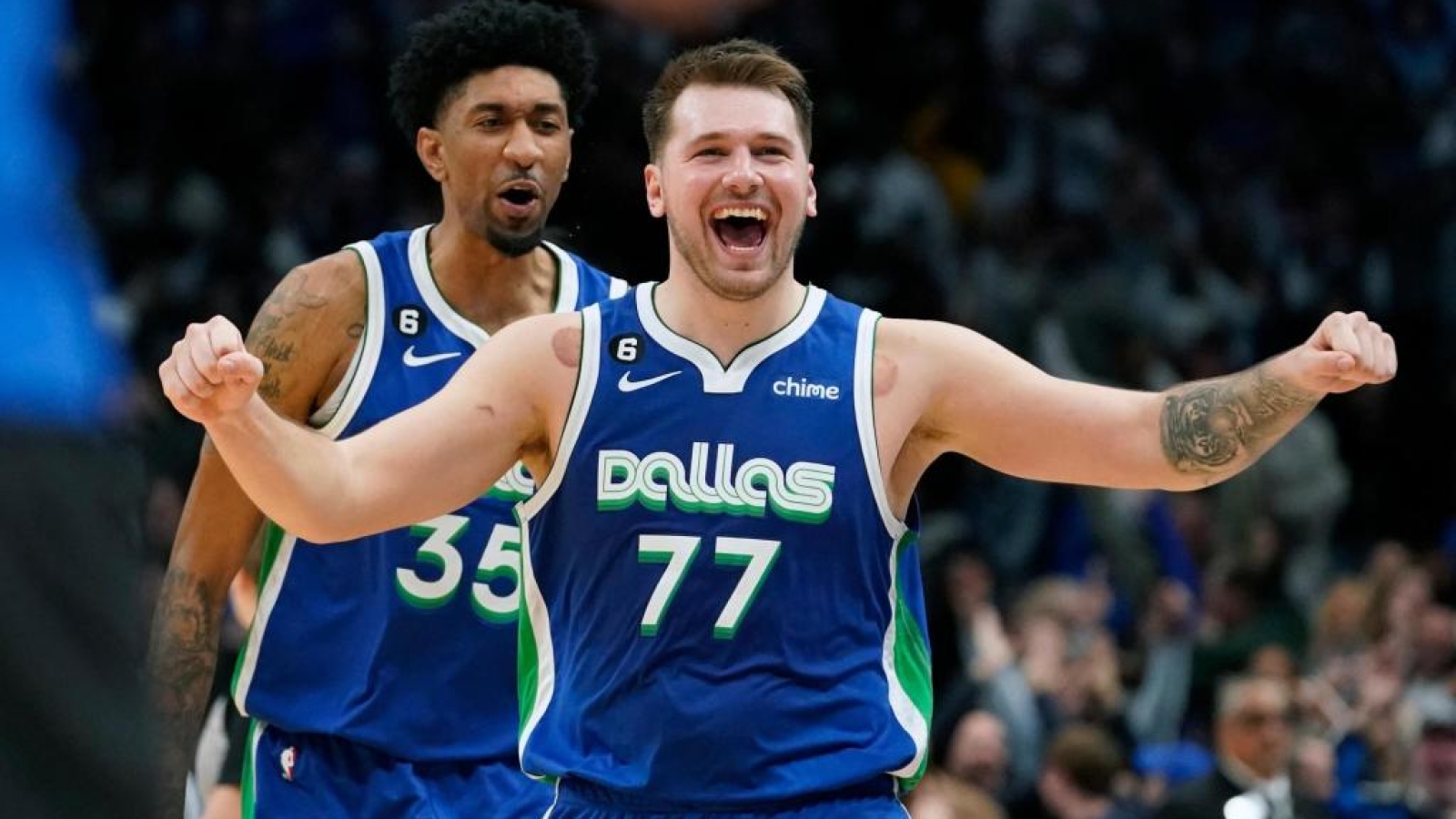 The two best players in the NBA right now — and likely the current frontrunners in the MVP race — do not play with LeBron James’ strength and force, or with Michael Jordan’s acrobatic creativity, or with Wilt Chamberlain’s ability to just overmatch anyone who dared to stand near his path. They do not put on the shooting and dribbling display of a Stephen Curry, or glide from one end of the floor to the other like Giannis Antetokounmpo, or make scoring look as easy as Kevin Durant does.

Doncic and Jokic do it differently. They dominate by making the game get played at their pace. They do what they want, when they want, almost always making the smartest play. Play off them, and they shoot the midrange or the 3. Play up on them, and they’ll use their bulldozing ability to create just enough space for a move or the right pass.

“He’s special,” Mavericks coach Jason Kidd said of Doncic’s latest masterpiece. “The history of the game is written by the players, and that was written again … Luka doing something that’s never been done before. It’s hard to do.”

Forget the numbers for a second. Consider how Doncic got the Dec. 27 game into overtime. The Mavericks were down by nine with 27 seconds left in regulation. No team in the last 26 years — since play-by-play records of games began getting tracked digitally —had outscored an opponent by nine points in the last 27 seconds of a fourth quarter, according to SportRadar.

The Mavs did it, with a Luka Miracle finishing it off. Down by three with 4.2 seconds left in regulation and at the foul line, Doncic made the first free throw and intentionally missed the second. The Knicks botched two tries at controlling the rebound, Doncic leaped for the ball and shot a 10-footer all in the same motion. It went in, the game went to overtime and history was made.

“I guess I was kind of lucky,” Doncic said.

Being prepared to take advantage of an opportunity is how players make their own luck. That’s also how 60 points and 21 rebounds and 10 assists happen – it isn’t getting lucky. Nor was a 41-15-15 effort by Jokic to get a Christmas win over Phoenix.

It’s hard to win the MVP award, harder still to win it twice and Jokic is going to find out how difficult it is to win it three consecutive years. Doc Rivers has said many times that players like Jordan or James would have more MVP’s if not for voter fatigue and people simply getting tired of the same person winning every year. He’s right, and Jokic will probably have to deal with some of that when the ballots get sent in next April.

But he’s obviously earned serious consideration. So has Doncic, obviously. So has Philadelphia’s Joel Embiid, whose monster season so far includes a 59-point, 11-rebound, eight-assist, seven-block game in November. So has Jayson Tatum, who has Boston looking very much like a team poised to win an 18th NBA championship.

The numbers are just absurd, everywhere. Scoring is up in the league, again. Entering Wednesday there were 51 players averaging more than 20 points per game. More than half of them won’t be going to the All-Star Game, because there’s only 24 spots in said game.

On average, somebody has a 40-point game every night the NBA plays now. There have been 70 such games so far this season. There were 119 in the entirety of the 2021-22 regular season; this season, the league is on pace for 168 of them this year. Big nights have never seemed to come this easily.

And Doncic and Jokic are making them look easier than anyone else.

They each have seven triple-doubles already; nobody else has more than three. Doncic is averaging 33.6 points, 8.7 rebounds and 8.8 assists; since assists started getting tracked, nobody has ever ended a season averaging so much in all three categories. Jokic goes into Wednesday averaging 25.3 points, 11 rebounds and 9.5 assists; only Oscar Robertson has ended a year with those kind of averages.

The season isn’t even half over yet. The fun is just starting. Others are in the race, others may still get into the race, but Doncic and Jokic have already put the league on notice that the MVP battle this year might be one for the ages.