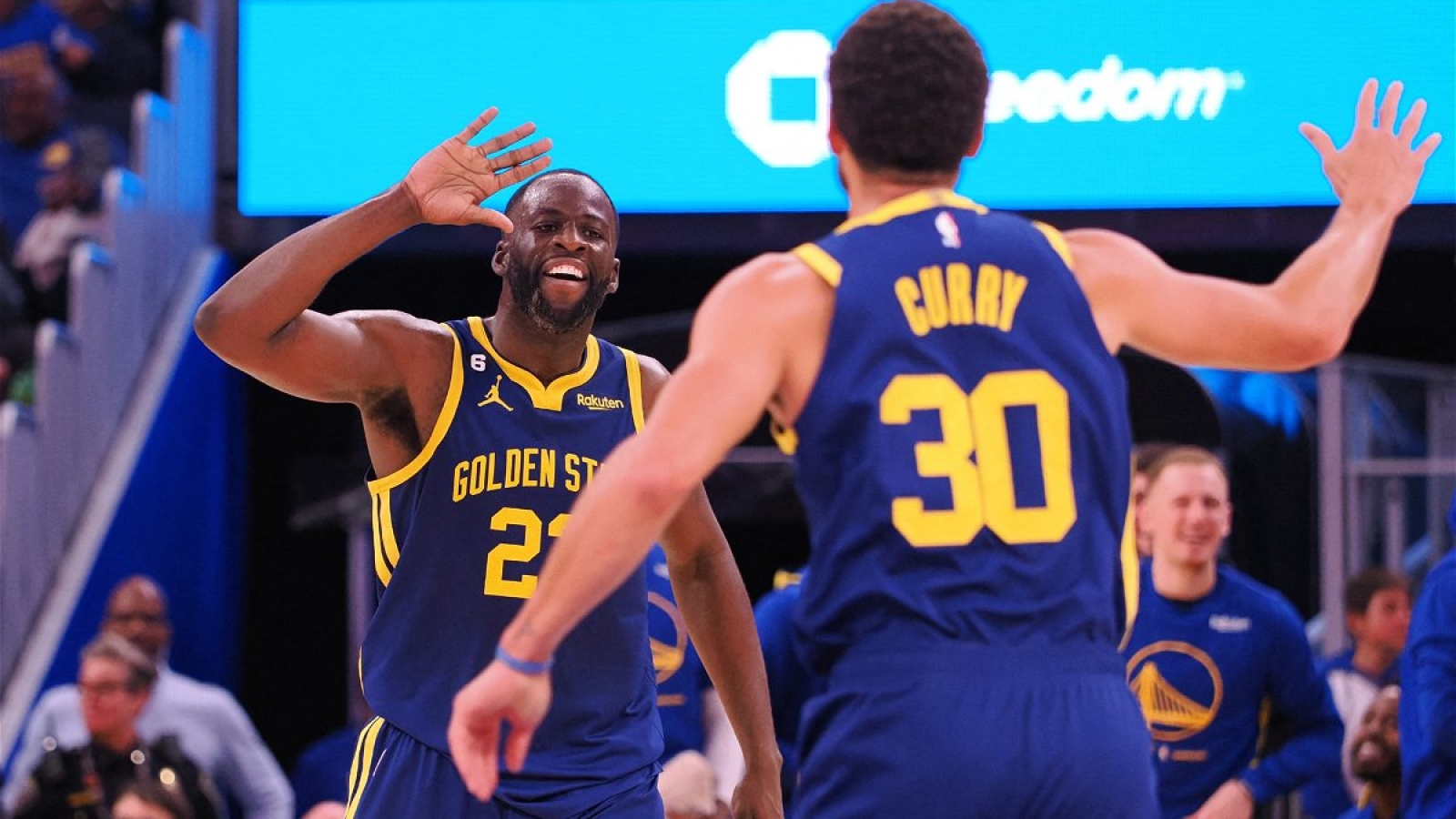 Golden State Warriors legend Stephen Curry is truly the centerpiece of the Warriors team, as he recently topped an elite all-time list for the Warriors. Alongside Curry, the Warriors power forward Draymond Green recently joined the elite list as he continues to deliver for the Dubs.  Following his impressive feat, NBA fans hovered over a video that accompanied the list on social media, featuring a clip of Green’s bizarre ‘Joker’ laugh. The fans swarmed in with their opinions on the list.

Draymond Green has gone through enough scrutiny in the past three months in the Dubs camp, especially after his physical altercation with Jordan Poole before the season start. This list would come in as an absolute delight for Green as the Warriors try to improve their record in the league.

In a recent tweet from ‘The Warriors Talk’, it was revealed that Draymond Green was fifth in the the list of Warriors’ all-time three-point scorers. The Dubs legend Stephen Curry tops the list with 3,248 three-pointers, followed by Klay Thompson with 2,022 three-pointers. Draymond recently entered the top five with 591 three-pointers surpassing former Dubs star Chris Mullin. Most notably, the all-time Warriors list consists of three active Dubs players in it. This stat makes the trio definitely the core of the Dubs’ camp.

Despite the interesting stat, Draymond Green’s laugh caught a fan’s attention. As the user said, “Didn’t know dude had a Joker laugh!  Kinda unsettling tbh…”, while other fans shared their views on the state. Following are some reactions from the NBA Twitter.

Absolutely crazy that Draymond Green is ahead of Chris Mullin in threes. Just in case you need any more proof that Steph has changed the game.

Ima need dray to be third on the list. So it can be steph klay and dray. Man that would be nice

I’m talking about warriors. Wiggins has 384 threes made for the dubs and is sitting at 11th all time for them

A few days back, a major trade rumor involving Klay Thompson and Draymond Green came in as a shocker for the fans. However, the recent promising performance of the Warriors have largely eliminated the necessity of such rumors.

The Dubs get on a winning streak

After a series of disappointing performances, the Dubs are on track with a four game winning streak. The Warriors could increase their winning streak further as they have several home games lined up. Additionally, Stephen Curry’s return from injury could boost the morale of the team.

Following their winning streak, currently, the Warriors are in ninth place on the Western Conference points table with a (19-18) record. Will the Warriors make it to the Playoffs and defend the NBA Championship? Let us know in the comments.