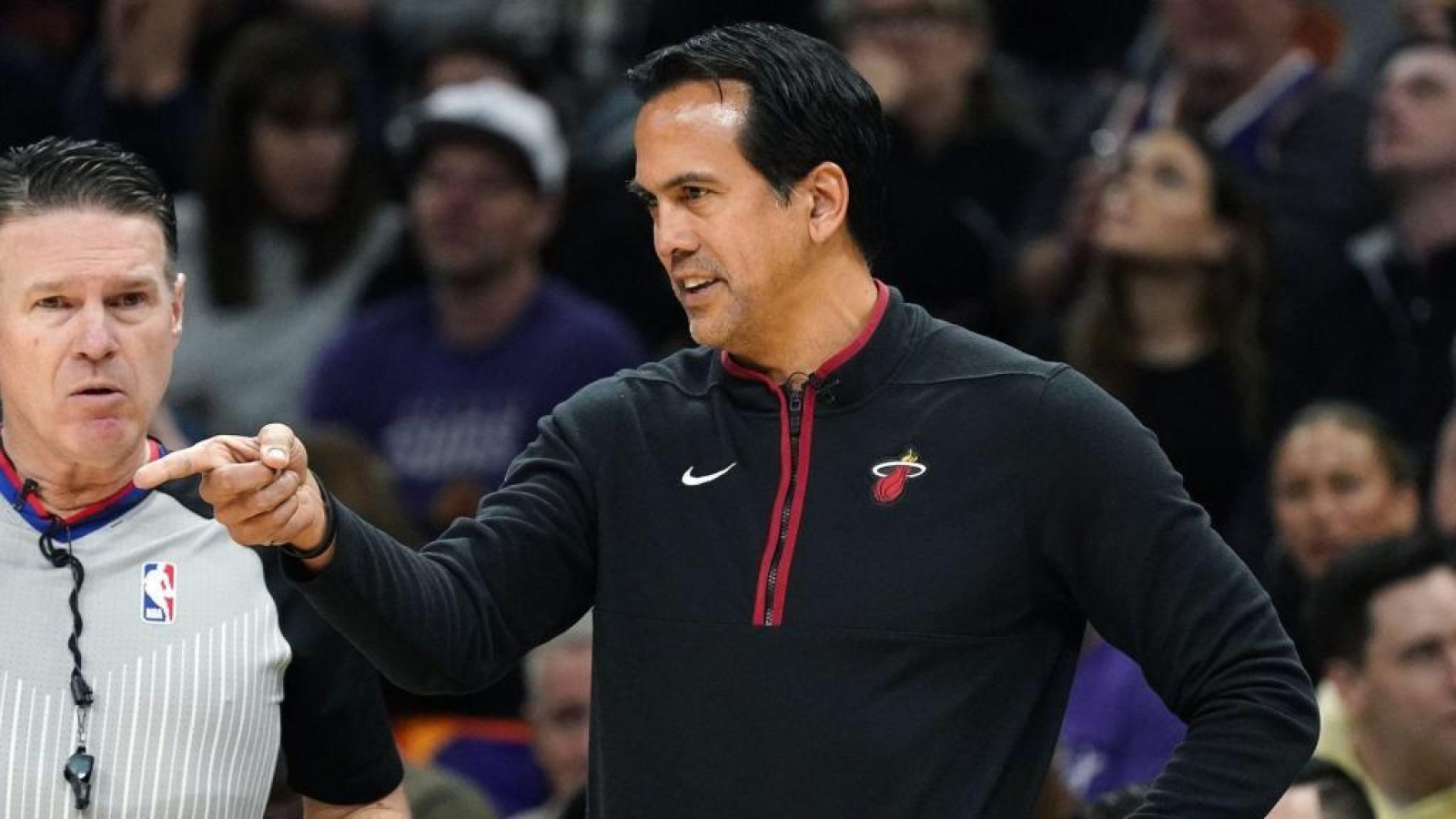 The record is not where the Miami Heat want it at the turn of the calendar. But as coach Erik Spoelstra surveyed the NBA standings, he noticed something unique, and, to a degree, comforting: The Heat hardly stand alone.

While a few teams, such as Sunday night’s opponent, the visiting Brooklyn Nets, have separated themselves at the top of the standings, the rest of the league largely remains lumped in the middle, yet to truly define their seasons.

For Spoelstra, that means opportunity remains.

“There’s a lot of teams that are right there, where we are, that are dealing with a lot of different things,” Spoelstra said, with the Heat on Sunday opening a four-game homestand. “But we’ve been developing some mental toughness and some resilience.”

It was during a Friday meeting in Phoenix, held instead of the scheduled shootaround, that Spoelstra pointed to his players how the league is waiting for a move beyond the scant few that already have distanced themselves.

“What I told the team [Friday] morning, you have to embrace this,” Spoelstra said. “It’s so competitive, league-wide. I basically counted 17 teams that are right there where we are, within two or three games in the loss column.

“So you can either feel sorry for yourself about where you think you should be, or you just deal with reality and you embrace the challenge ahead.”

And there are immediate challenges, with this homestand ending with consecutive games, Thursday and Saturday nights, against the Milwaukee Bucks, the teams’ first meetings of the season.”

“There’s some really good things that are happening with the team, even with the missed games and moving parts,” Spoelstra said of the Heat’s injury situation that lately has included Tyler Herro with back spasms and Caleb Martin with quadriceps and ankle issues, as well as Duncan Robinson, Nikola Jovic and Omer Yurtseven all out for at least the next month.

“And more than anything, I respect that our guys are not making excuses for the moving parts.”

Because Spoelstra appreciates that in that regard the Heat are not alone, having last week faced the Los Angeles Clippers without Kawhi Leonard, the Los Angeles Lakers without LeBron James and Anthony Davis, and the Phoenix Suns without Devin Booker.

“This is an extremely competitive league and I think night to night you have no idea who’s going to be available,” Spoelstra said. “So you better focus on your team, your habits, your identity, playing consistent basketball. That’s enough for us.

“With the parity in the league, it just feels like every single game just has great meaning and significance and there’s desperation on both sides.”

So as the wheel of lineups continue to spin, the goal remains a roll, somehow separating themselves from the pack.

“Right now it’s extremely competitive and you just have to deal with the way you are,” Spoelstra said, with the Heat going into Sunday two games over .500. “We’re not happy about the way we are, but there’s a great deal of parity.”

Spoelstra was asked about the breakout 40- and 50-point performances around the league this season.

“If we could get a couple of guys and get a couple of 40-point games, I like it, too, for us,” he said, with the Heat’s highest individual-scoring game going into Sunday being Herro’s 41 in the road victory in Houston, followed by a 38-point performance by Bam Adebayo in a home victory over the Washington Wizards.

Spoelstra then amusingly scoffed at the notion that the Heat’s equal opportunity offense precluded such individual breakouts, quipping about a certain former North Carolina Tar Heels coach having been credited with being the only person capable of holding back Michael Jordan.

“I wouldn’t say we’re a prevent offense,” Spoelstra said. “I don’t want to be Dean Smith, [where] I’m the only guy that can hold our guys down. No, I want our guys to score.”