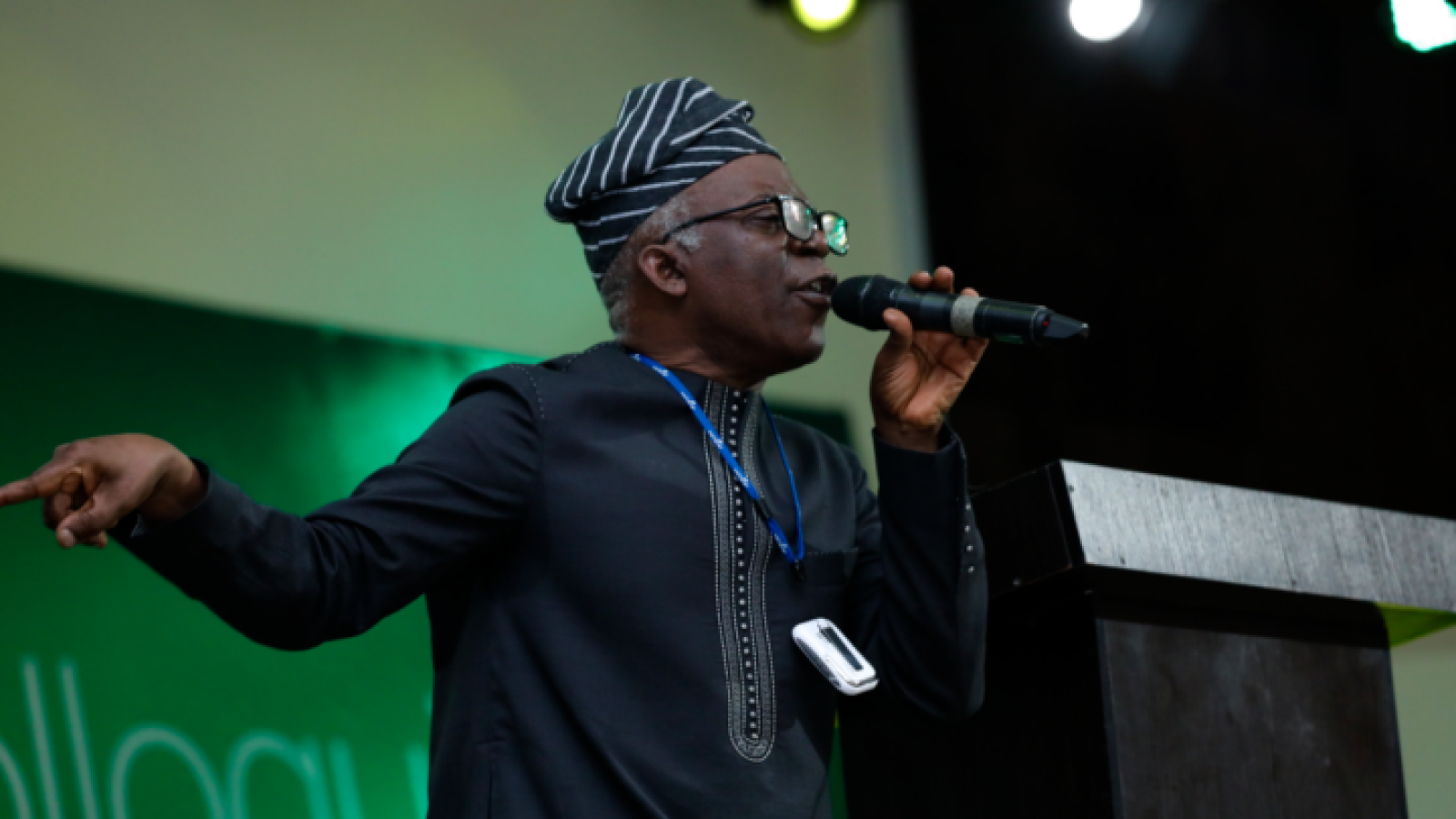 Femi Falana, the human rights lawyer, says the best tribute lawyers can pay to Bolanle Raheem is to mobilise Nigerians against police brutality.

Falana said the Nigerian Bar Association (NBA) must ensure that Raheem did not die in vain like other victims of police brutality.

The deceased was returning home from a Christmas outing with her family when the shooting incident occurred at the Ajah axis of Lagos.

The incident has sparked widespread criticism, and Vandi has been suspended and is currently in detention.

On Friday, he was charged to court over the unlawful killing of Raheem and remanded in Ikoyi correctional centre pending legal advice.

Falana, in a legal opinion, asked the NBA to compel the federal and state governments to implement the recommendations of the #EndSARS panels in order to address issues of police brutality.

The human rights lawyer suggested that the use of arms by police officers in the country should be “strictly regulated”.

“Nigerian lawyers must ensure that Mrs Bolanle Raheem does not die in vain like others who were dispatched to their untimely grave before her,” Falana wrote.

“Indeed, the best tribute that the NBA can pay to the deceased is to use her cold-blooded murder to mobilise the Nigerian people to end police brutality in Nigeria.

“To start with, police checkpoints must be removed from Nigerian roads. The roads should be patrolled by combined teams of officers from the police and road safety commission.

“The use of arms by policemen on duty should be strictly regulated according to the service rules. Non-lethal options such as batons, tear gas, water etc should be employed in dispersing crowds.

“The Anti-Torture Act of 2017 prescribes that any police officer or law enforcement officer who subjects a citizen to torture is liable to be tried and if convicted to imprisonment for 25 years.

” If any person dies as a result of torture the police officer indicted is liable to be tried for murder. The NBA should direct its human rights committees to take up all cases of torture meted out to citizens by public and private individuals in the society.

“The NBA should prevail on the federal government and state governments to publish the reports and implement the recommendations of the judicial panels.

“Otherwise, the NBA should adopt legal measures to compel the governments to implement the recommendations.

“Furthermore, the NBA should mount pressure on state governments to enact laws for the establishment of human rights bodies for the purpose of protecting the human rights of citizens.

“This was the principal resolution adopted by the National Economic Council after the #EndSARS protests.

“As a matter of urgency, the NBA should ensure that a legal practitioner is assigned to every police station to monitor human rights compliance in accordance with section 66 (3) of the Police Establishment Act 2020.

“The human rights committees of the 128 branches of the NBA should liaise with the National Human Rights Commission and the Legal Aid Council to ensure the observance of human rights in the country.

“The NBA should collaborate with state attorneys-general towards the successful prosecution of police and military personnel who engage in the extrajudicial killing of criminal suspects and other citizens.

“At the same time, the unlawful killing of police officers by military officers and criminal gangs should always be challenged by Nigerian lawyers.

“The NBA should liaise with the police and military authorities to ensure that the human rights course is made a compulsory subject in all police colleges and military academic institutions.

“This is the best way to ensure that members of the police and armed forces recognise their constitutional responsibilities to protect the life and property of every citizen.

“Finally, it is submitted that unless the above suggestions are implemented by the relevant stakeholders in alliance with the Nigerian people the callous killing of Mrs Bolanle Raheem will only be an addition to the long list of Nigerians that have been killed so recklessly by security forces and it will be enormously tragic for the society.”