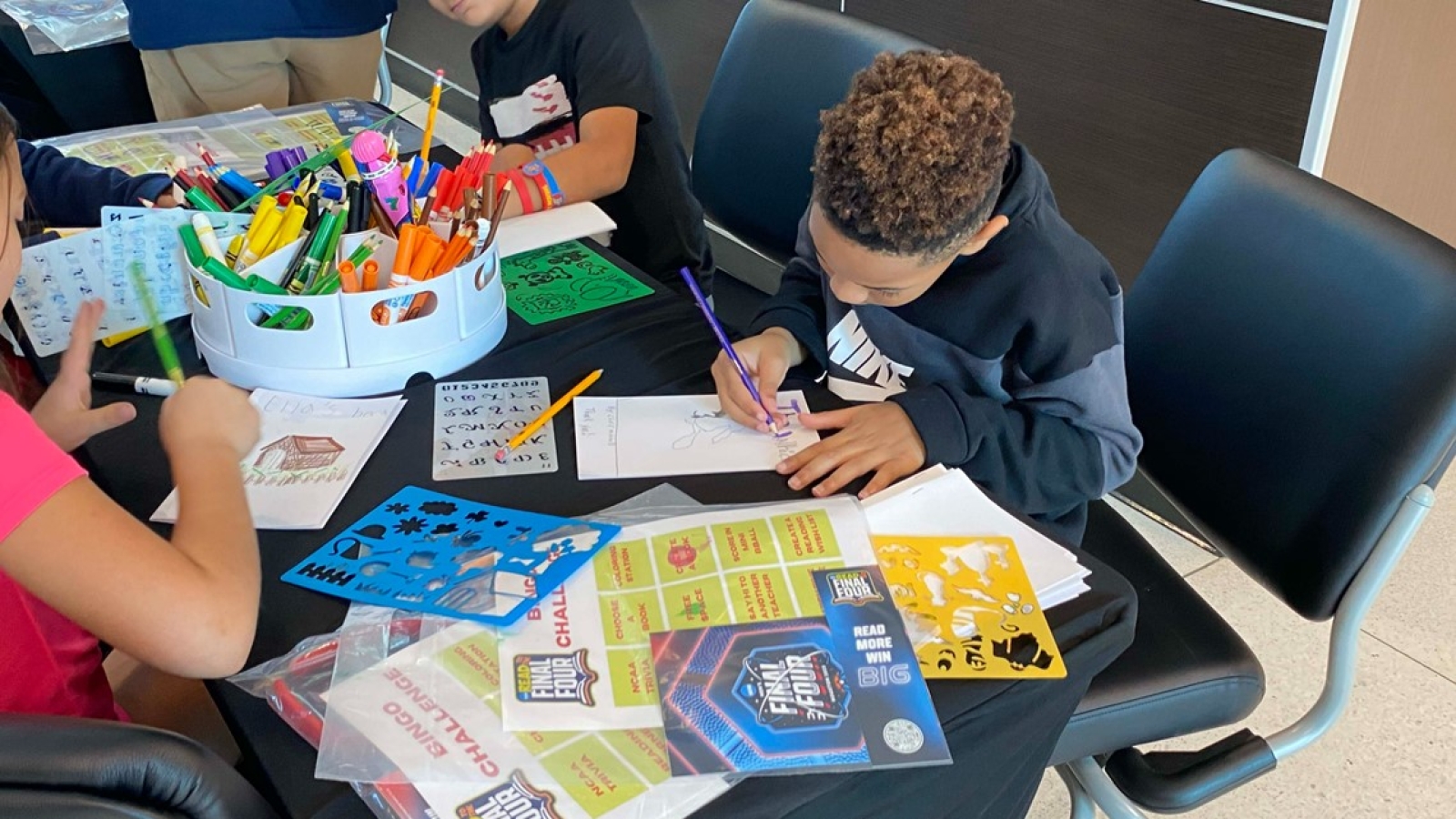 The NCAA literacy program has grown in size and popularity, with the goal of encouraging third graders to read while having fun with it.

HOUSTON — As your education station, we’re highlighting some of the best readers in our area!

As we prepare for the Final Four to come to Houston, the ‘Read to the Final Four’ competition is one of the tournament’s community initiatives.

The NCAA literacy program has grown in size and popularity, with the goal of encouraging third graders to read while having fun with it. Just like March Madness, elementary schools advance by having their students read millions of minutes!

“As a school, I definitely want to hit a million minutes, but we could get two, yes we’ll go for it,” Tijerina Elementary principal Sanjuanit Mottu said.

Tijerina is one of the schools hoping to make the bracket for this year’s competition. The competition began in H-Town back in 2016 with HISD.

Now, 11 school districts and 39,000 students are taking part this year. The program includes a literacy pop up tour in every district.

“They signed up to participate,” Dorita Hatchett said. “We let all the districts know they self-selected in and we use the third-grade level, because after the third grade, it really helps them.”

Even though the kids get competitive about the competition and moving up the bracket, the focus is to promote reading. And Houston always does it big.

“We’re going to break records,” Hatchett said. “We passed some of the leading scores from the other cities, so Houston has really showed up and showed out.”