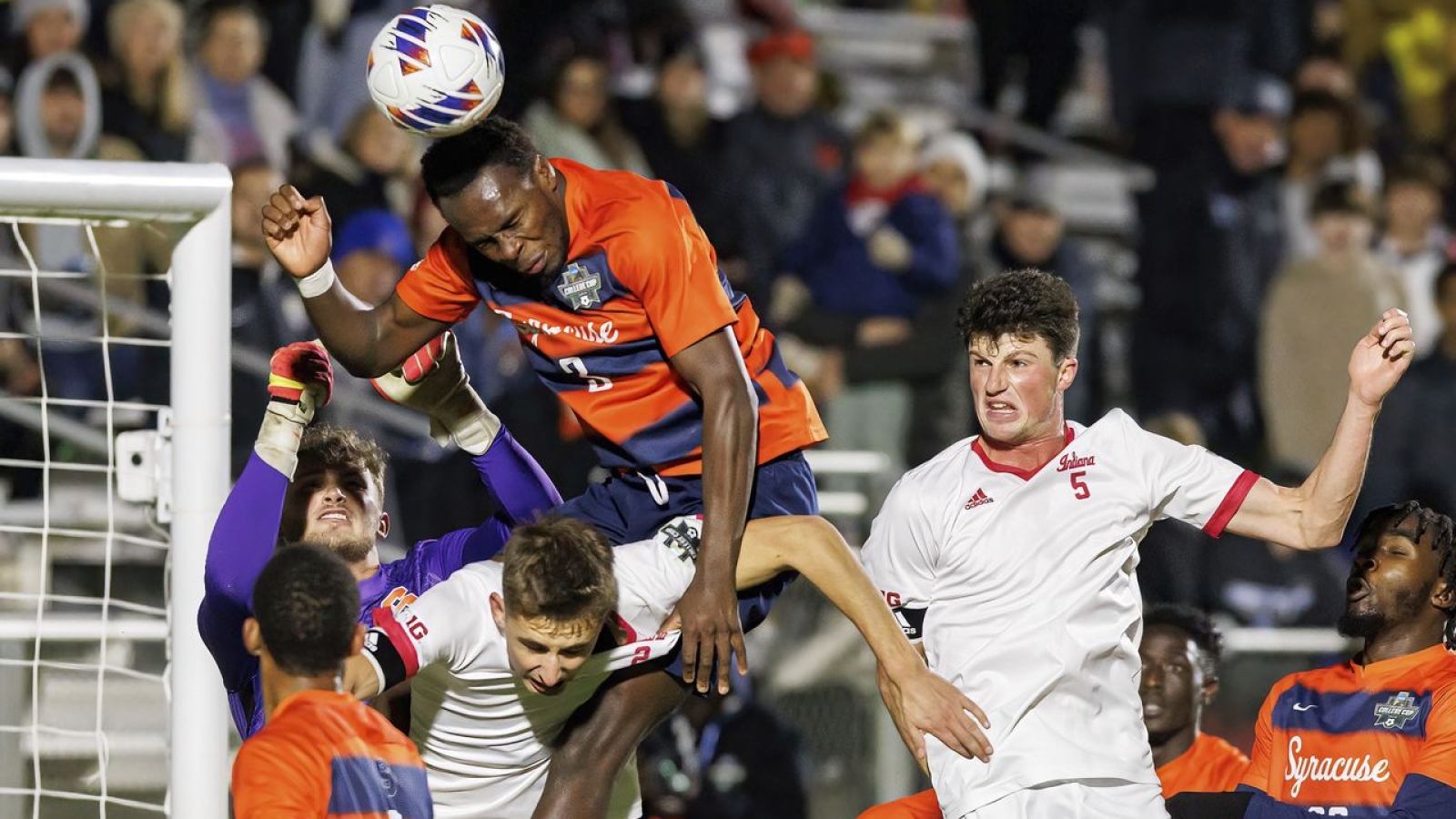 Senior defender Abdi Salim was the first SU player off the board, selected 17th overall by Orlando City SC in the first round.

First-team All-American and MAC Hermann Trophy finalist Levonte Johnson was drafted by Vancouver Whitecaps FC in the first round with the 29th overall pick.

NCAA College Cup hero and team captain Amferny Sinclair, who netted the title-clinching goal during penalty kicks against Indiana, is heading to Real Salt Lake, as the Western Conference club selected the Costa Rican midfielder with the 16th pick of the second round.

Goalkeeper Russell Shealy was also selected in the second round. The Cartersville, Georgia native was selected with the 52nd overall pick by LA Galaxy.

Swedish defender Buster Sjoberg was the second Orange picked by Vancouver Whitecaps FC. The senior center back was selected in the third round with the 71st overall pick.

Salim, a native of Buffalo, appeared in 22 matches in 2022, starting every match of Syracuse’s postseason run to the school’s first national championship. The senior center back missed the 2021 season due to a lower-body injury and arrived to Syracuse in 2020 via the transfer portal.

Syracuse has had at least one player selected in the first 15 picks of the first round of the MLS SuperDraft in eight of the previous nine years. The run started in 2015 with Baldwinsville goalkeeper Alex Bono and Skylar Thomas in 2015.

Too tired to kick, his selfless act sums up Syracuse’s unlikely soccer champs: ‘A magical bunch of misfits’

Axe: Syracuse men’s soccer dared to dream of being ‘legendary.’ It woke up as NCAA champions