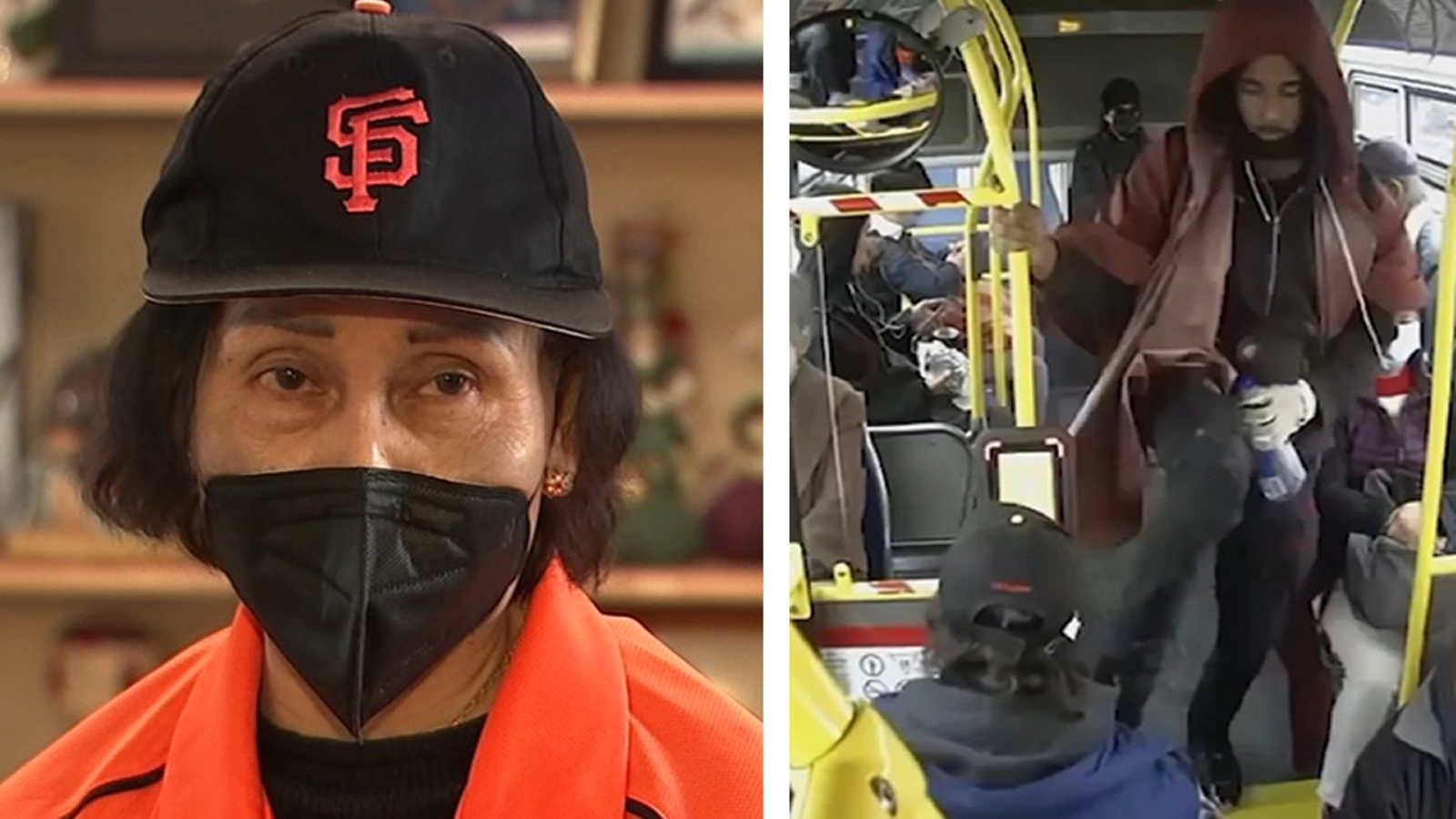 SAN FRANCISCO — A 79-year-old woman who has worked concessions at San Francisco sporting events for decades was attacked while boarding a bus to work earlier this month.

Now, a former professional baseball player and his wife are speaking out to support her.

The attack occurred on the morning of Dec. 3. She told our sister station KGO-TV that it has affected her physically and mentally.

“Sometimes I have chest pain. My head gets headaches and my shoulder is still in pain also,” Lisa said. She requested we not use her last name.

Lisa has worked nearly 30 years in concessions for the San Francisco Giants, Golden State Warriors and San Francisco 49ers and was on her way to Oracle Park when she was violently kicked in the stomach while scanning her transit card.

KGO-TV reported on the attack last week and since then, Lisa’s story generated a lot of attention.

“Even when I went to the bank they said, ‘Are you on the news?'” Lisa said.

But the bank teller was not the only one to take notice.

Just a few days later, KGO-TV was able to show Lisa a video recorded by Hunter Pence on behalf of the couple, expressing their concern and care.

“Hello Lisa, It’s Hunter Pence with the San Francisco Giants and I want to first and foremost say I’m terribly sorry for what you had to go through on the bus. It broke out hearts to see that happen to you. But we want to back you up and support you and let you know how much the Bay Area appreciates all of your hard work in the stadiums. I know from my experience, you and your coworkers make all the Bay Area sports so warm and welcoming and create such a wonderful atmosphere. You’re such a heartbeat to the city and to the sports teams. So thank you for all your work and we’re looking forward to helping you get some safe transportation to and from work in the future…so thank you so much; we’re looking forward to sending you some gifts and all the best to you. Hope you stay strong!”

She is most excited at that prospect so she can feel safer going back and forth from home to work.

“I think this really helps. Thank you very much,” Lisa said.

INTERACTIVE: Take a look at the ABC7 Neighborhood Safety Tracker

The South East Asian Community Center also created a GoFundMe to help with lost wages and other expenses.

Lisa is now looking forward to going back to work for the Warriors game on Christmas Day and eagerly awaits the start of baseball season.