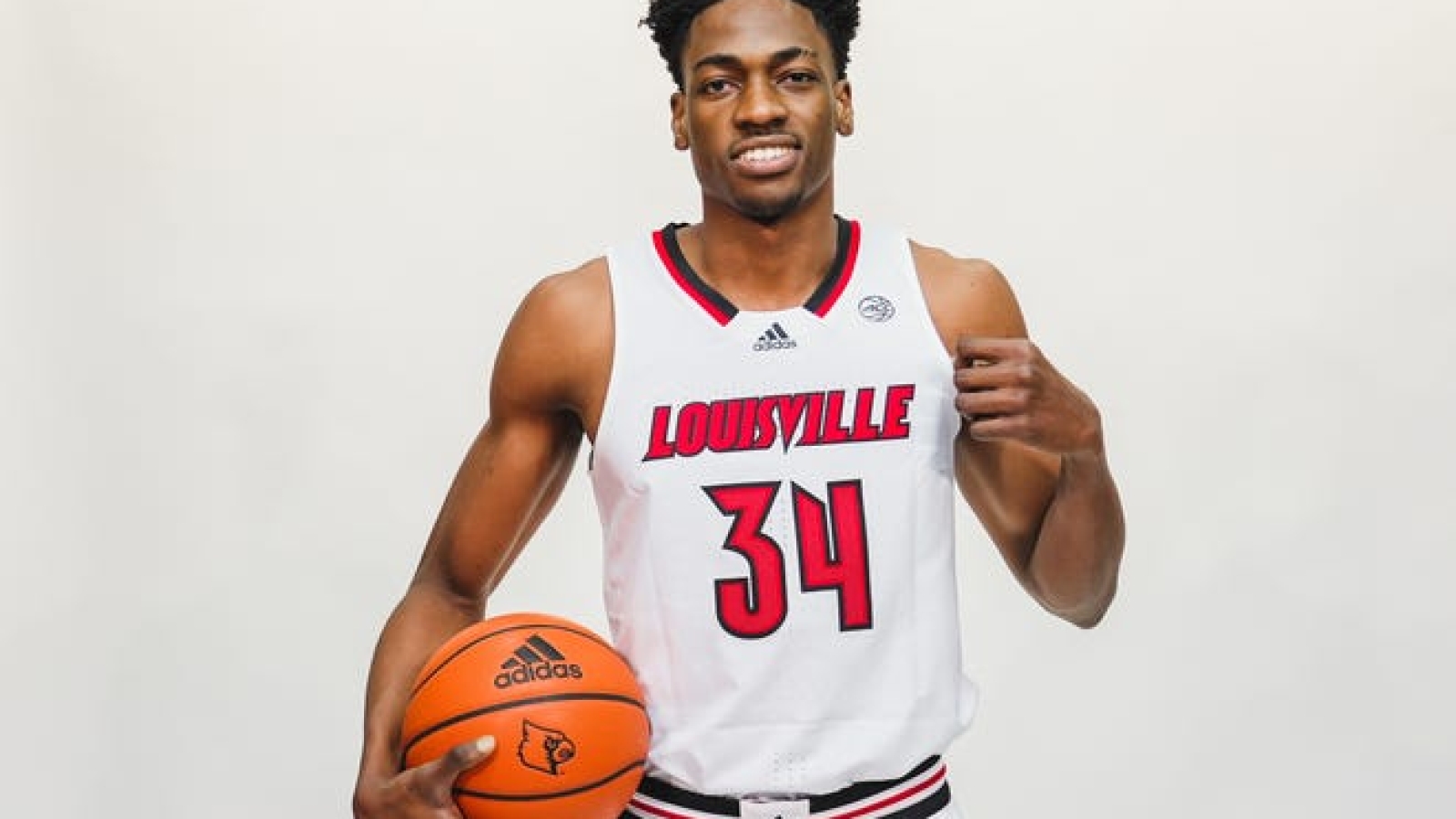 Step into a pair of basketball shoes that are likely bigger than any pair you have sitting around your closet and imagine, for a moment, that you’re 18-year-old Emmanuel Okorafor.

You’ve flown across the Atlantic Ocean to play for the University of Louisville. The family, friends and culture that raised you are thousands of miles away in Lagos, Nigeria, and at the NBA Academy Africa in Senegal. And the program in the community you now call home is struggling at a historic rate under first-year head coach Kenny Payne, who has been tasked with restoring his alma mater to national prominence.

“(Okorafor) understands that this is something that will help him in his future,” Franck Traore, NBA Africa’s head of basketball operations, told The Courier Journal on Tuesday. “He didn’t hesitate; he jumped on (the plane). He was very excited. He thinks Louisville is a good fit for him.”

One day after stepping off that plane in Louisville, where you’re not quite sure who is pronouncing the city’s name correctly, you take the court for your first practice with the Cardinals. You’ve got to learn how to run the court alongside 14 new teammates with just 12 games to go in the regular season and a head coach who the day before your arrival said he needs his players to “dread coming to practice.”

As your first practice with your new team comes to a close, Payne approaches with a proposition: If you can sink two free throws, he’ll call it a day. If you don’t, everyone’s running some more. You step to the charity stripe and look at your teammates standing along the baseline. You don’t fully understand what they’ve been through after losing 17 of their 19 games to this point — the last two by 21 points apiece — but you don’t need to have a complete understanding to know they’d prefer to avoid the extra conditioning.

Could you make the shots? Okorafor did and was promptly mobbed by his teammates on the court at U of L’s practice facility last week.

“That was amazing to see,” said Traore, got to watch the moment through a video U of L shared on social media. “Even for the academy players who stayed in Senegal, they were very, very excited to see that. It motivates everybody even more to continue to work hard so that they can have the opportunity to play at the next level.”

Okorafor’s work ethic since arriving in the country has also impressed his new head coach.

“Emmanuel is the type of player that wants to please; he’s a giver,” Payne said Monday morning, speaking to media members during a video conference. “His energy is unbelievable. His effort from Day 1 — his first workout to his first practice to a second practice — I mean, you can see him bring a fight, a determination, a focus to it.”

Payne said that mentality has already started rubbing off on his new teammates.

“There has been a significant change in the energy in our practices,” the coach said during a news conference Tuesday afternoon. “He talks a lot — very vocal, very energetic — and he plays hard. He goes through drills hard. At times, it just about seems funny to the other players, how hard (he’s playing) and how he’s yelling and rebounding and screaming and doing the things that he does. We need that kind of energy.”

Here’s a look at how Okorafor ended up at U of L, when he could see game action and what the 6-foot-9 Nigerian offers the Cardinals.

Payne and assistant coach Nolan Smith got a chance in December to scout Okorafor in person when NBA Academy Africa traveled to Las Vegas to participate in the Tarkanian Classic and the NBA G League’s Winter Showcase.

Was there any thought of targeting a guard to add depth on the perimeter? Payne acknowledged the glaring need but said Okorafor was “the guy that was available that could come and do this.”

So, what made Louisville stand out? Okorafor on Jan. 20 told ESPN’s Leonard Solms he was inspired to follow in the footsteps of Jordan Nwora, who hails from Buffalo, New York, but is of Nigerian descent.

“He left a big legacy there in Louisville,” said Okorafor, who is the 17th NBA Academy Africa prospect to commit to a Division I program. “Him being a Nigerian makes me realize that I can do great things at Louisville.”

Traore also credited Payne’s ability to sell Okorafor on where he fits into his vision for the program amid a challenging rebuild.

If Okorafor succeeds at U of L and follows Nwora to the NBA, Payne could have a new recruiting pipeline on his hands. The Cardinals’ head coach said his friendship with the academy’s technical director, former Division I assistant coach Roland Houston, spans more than three decades. It’s clear from speaking with Traore that Payne made a good impression on him and others connected to the program.

The feeling, Payne said, is mutual.

When will Emmanuel Okorafor make his college basketball debut?

There was one word Payne emphasized more than any other when discussing his timeline for Okorafor’s acclimation to the college game: comfortable.

He hadn’t decided Monday if the Nigerian would see the court during the home stretch of Louisville’s regular season, or if the best move for maximizing his impact on the program would be to save a year of eligibility. Even with sophomore Brandon Huntley-Hatfield sidelined due to a foot injury, the Cardinals have a consistent frontcourt rotation of Sydney Curry, Kamari Lands, JJ Traynor and Jae’Lyn Withers, although none of those players average more than nine points or six rebounds per game.

El Ellis:How Louisville basketball is managing its star’s heavy workload — and asking him for more

There’s a lot of offensive and defensive sets for Okorafor to learn, Payne said, that are dependent on his ability to react to a game unfolding around him — “playing without thinking” — making reads that come easier when he’s logged substantial minutes with his teammates. Okorafor also needs time to adjust his on-court approach to better align with what his new head coach asks of bigs.

“I don’t want him second-guessing who he is,” Payne said Monday night during his weekly radio show. “I want to get him on the court when he’s comfortable.”

So, for now, Okorafor making his college debut Wednesday at Boston College seems unlikely. Maybe he’s called into action if Huntley-Hatfield’s injury leads to a prolonged absence — Payne said Tuesday it’s “doubtful” he returns soon — or if another member of U of L’s frontcourt has to miss time or if Okorafor completes Payne’s development plan at an accelerated pace.

“I don’t want to waste any of his (eligibility),” Payne told media members Monday morning, “but if he can come in and help us and get more comfortable with college basketball, that’s an option for him.” 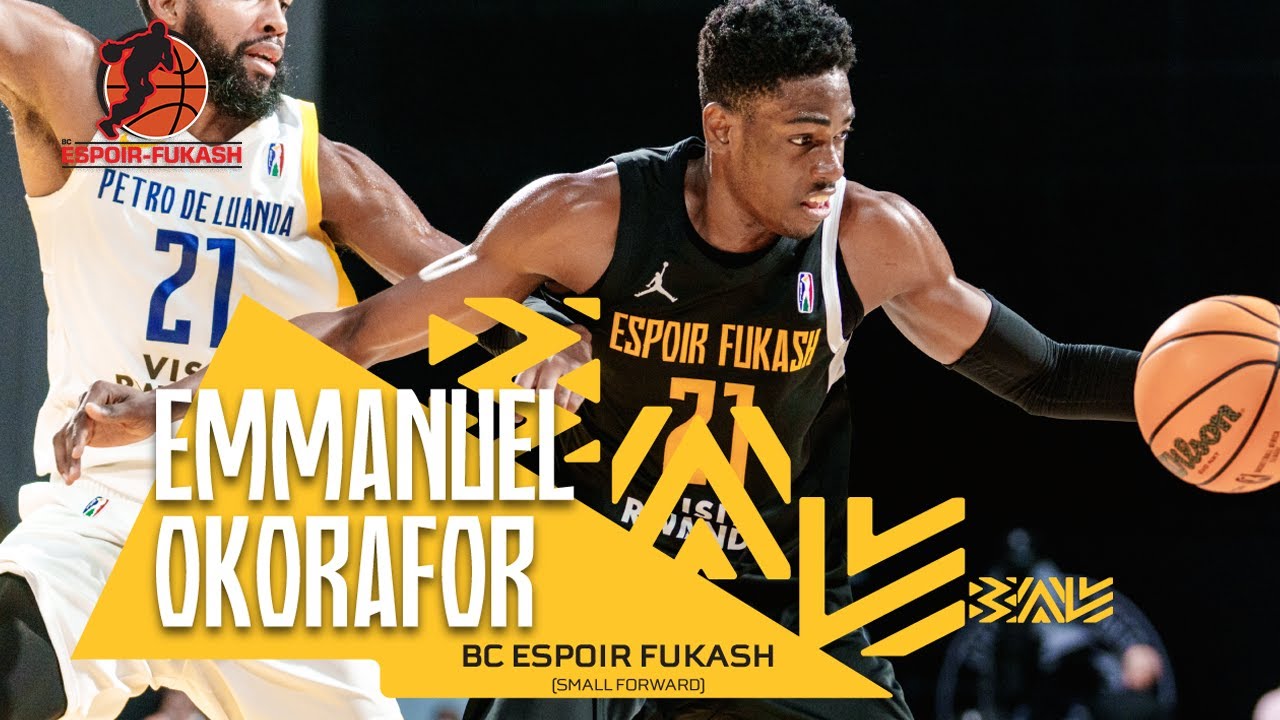 During his radio show, Payne identified a few things that stood out about Okorafor from the jump: his size, his defensive instincts and his toughness. Conditioning isn’t an issue, either, because Traore said Okorafor played “probably 30 games” with the academy before leaving for the United States.

“You can tell he’s been playing against grown men, because he has no problem setting hard screens,” Payne said. “(He) has no problem hitting people. He’s very physical. … He’s big, strong and he challenges shots and he moves his feet and yells and screams and he rebounds. All the things that a coach really enjoys watching, he does.”

Traore said Okorafor brought the intangibles with him to NBA Academy Africa when he began training there in May 2021. He was a decent scorer and an above-average rebounder, Traore said, but needed to build up his confidence on the offensive end.

Fast forward several months through his development, and Traore said Okorafor essentially won a round of the 2022 NBA Academy Games tournament in Atlanta by draining a tough 3-point shot. That was the first time Traore recalls seeing Okorafor put together the “guts and skills and experience” needed to take over a game, and it certainly wasn’t the last.

“The intention was not for him to come in (the Basketball Africa League) and carry the team, but that was the case,” Traore said of Okorafor’s time with BC Espoir Fukash, a team based in the Democratic Republic of the Congo.

“When he had the opportunity to go on the court, it was difficult for the coaches to take him out. Even though (he) had veteran players ahead of him that are supposed to be able to carry the team, there were so many games where Emmanuel was the one who carried the team.”

Traore said he and other coaches now use the Nigerian as “an example of what an academy player should be.” During his radio show, Payne said he’s already doing the same.

“(Sunday) night, we’re talking and texting each other and he’s saying, ‘I’m looking at video,'” he said.

“Think about that: Here’s a freshman watching games and studying film the way that all these young men need to be doing.”

Reach recruiting and trending sports reporter Brooks Holton at bholton@gannett.com and follow him on Twitter at @brooksHolton.