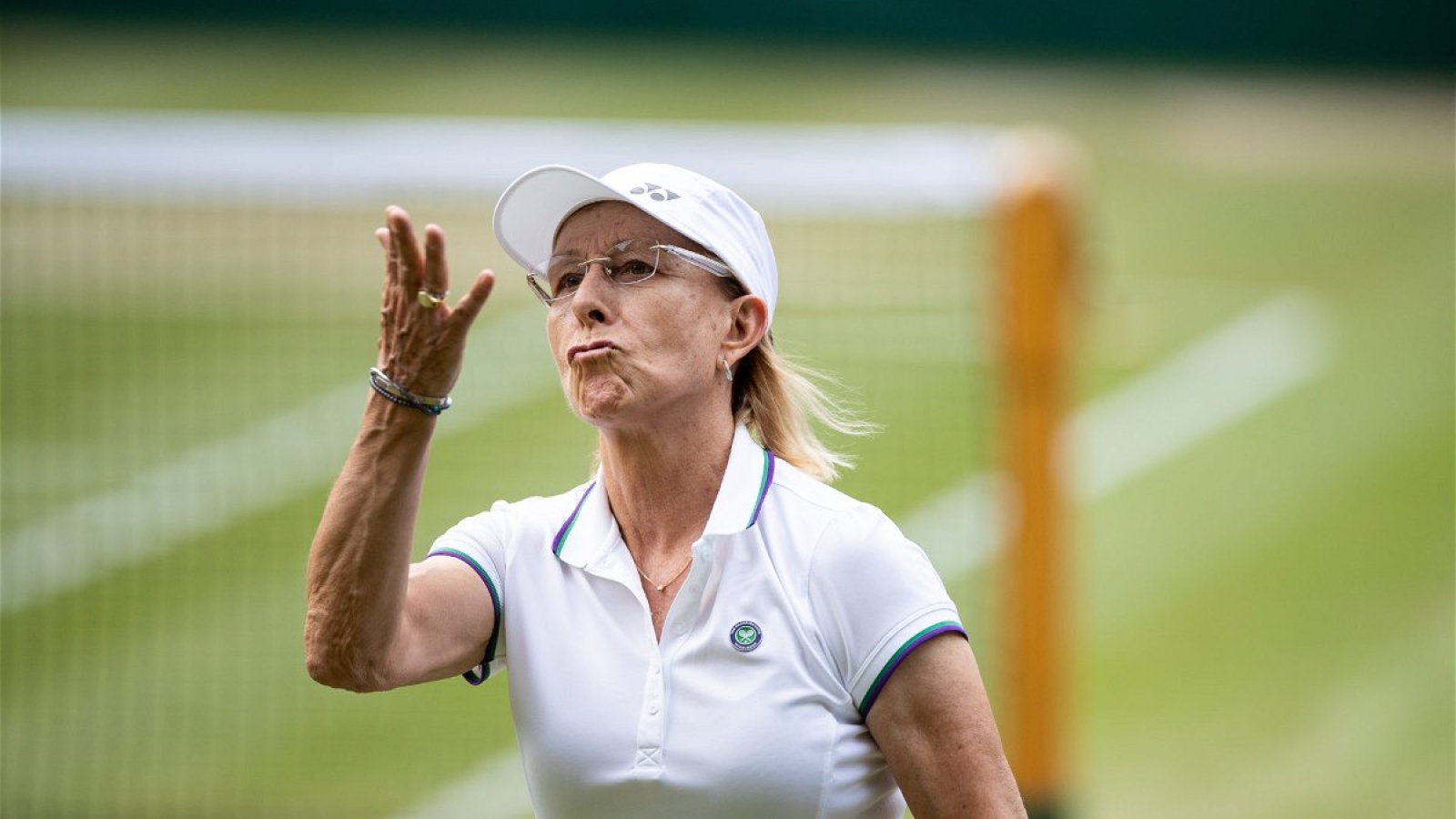 The Czech-American tennis legend, Martina Navratilova, has been diagnosed with Stage 1 throat cancer and early-stage breast cancer. She announced the doctor’s discovery on Monday 2nd Jan but believes her prognosis is conducive.

“This double whammy is serious but still fixable, and I’m hoping for a favorable outcome,” Navratilova said. “It’s going to stink for a while but I’ll fight with all I have got.”

Netizens have reached out in an outpouring of love to the 66-year-old, including a particular sports personality. Former Major League Baseball pitcher Curt Schilling tweeted out his support, saying he always believed Navratilova “was class personified on the court.”

The 59 Grand Slam title holder was diagnosed with a noninvasive form of breast cancer back in 2010 but underwent treatment and became cancer free.

Why Curt Schilling’s reaction is heartwarming

For those unversed, Schilling announced his battle with mouth cancer less than a decade ago and is a survivor. After announcing his treatment in February 2014, Schilling revealed in June of that year that his cancer was in remission.

Stating the use of smokeless tobacco as the reason for his disease, he said, “I do believe without a doubt, unquestionably that chewing is what gave me cancer and I’m not going to sit up here from the pedestal and preach about chewing. I will say this: I did for about 30 years. It was an addictive habit…”

Fans and stars alike are sharing their support for Martina Navratilova

Apart from Schilling, several stars from the tennis world are also speaking out in support of Navratilova. Former World No. 1 professional tennis player Billie Jean King had this to say-

Martina Navratilova, one of the greatest athletes in history, has been diagnosed with Stage 1 throat cancer.

In addition, an unrelated form of breast cancer was discovered during exams. Both cancers are in their early stages with great outcomes.

Thinking of you, @Martina ❤️

Navratilova expressed her gratitude at the reactions to this news, tweeting “Needless to say my phone and Twitter are both blowing up so I will say again – thank you all for your support and I am not done yet.”

It was reported that the tennis star has had to cancel her upcoming plans to be a part of Tennis Channel’s coverage of the Australian Open later this month. However, she “hopes to be able to join in from time to time.“