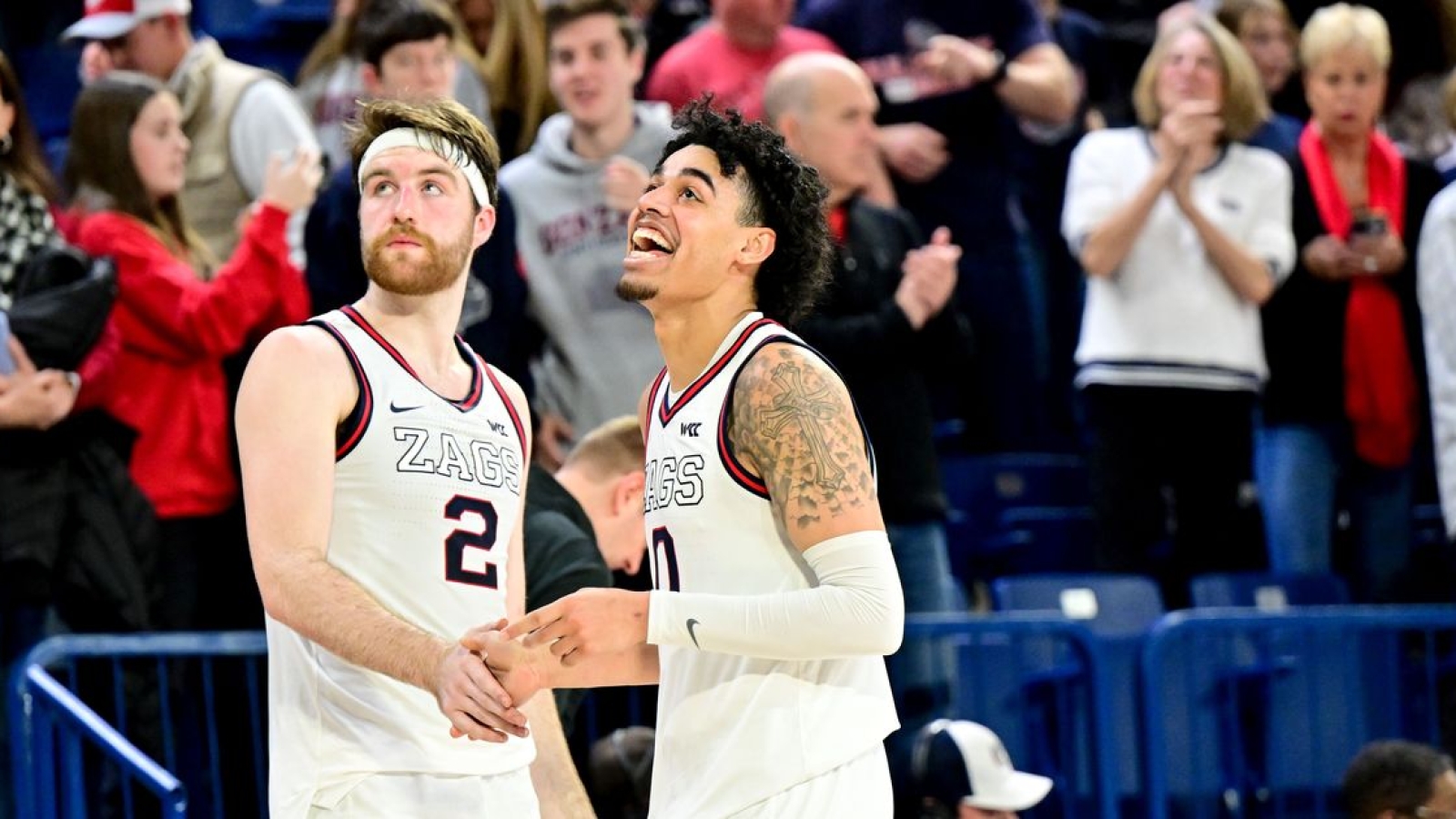 It’s rare that Gonzaga has time to celebrate program records and key milestones. Usually, the Bulldogs are too busy moving on to the next one.

But before they next take the court again at McCarthey Athletic Center, eight days from now against Eastern Oregon, the Zags should have plenty of time to let their latest accomplishment sink in.

Tuesday’s 85-75 win over Montana gave the Bulldogs their 72nd consecutive home victory at the Kennel, setting a modern-day NCAA record. The previous record of 71, set by Arizona from 1987-92, dates back to 1985.

Mark Few, who’s maintained a 350-25 home record since his inaugural season in 1999-2000, has been involved in most of Gonzaga’s major milestones and indicated the Bulldogs shouldn’t overlook the latest one.

“72 in a row is something, I don’t know if that’ll ever be broken in our lifetime,” Few said. “With just kind of all the transfers and all the stuff that’s going on now. Hopefully, we’ll keep it rolling and get it somewhere. But as I told the guys, anytime you can make history or something, that’s something really, really special so I tip my hat to them and we had to work tonight to get it done. But it’s a big, big deal.”

The Zags haven’t lost a game in Spokane since falling 74-71 to Saint Mary’s on Jan. 18, 2018. Nobody on Gonzaga’s current roster has been part of a home loss, including senior forward Drew Timme, who improved his personal record to 50-0 with Tuesday’s victory against the Grizzlies.

“That’s crazy. Obviously, that’s something that no one can really say they’ve ever done,” Timme said. “That’s just a testament to coach and how (Few has) run the ship, man. He’s just always consistent and we didn’t have the Kennel today and this place was still rocking in parts.”

Gonzaga’s been a strong, if not overwhelming, favorite more times than not during the 72-game stretch, but the Bulldogs overcame a few challenges on their way to modern NCAA history.

The Zags went 12-0 during the COVID-19-interrupted 2020-21 season, playing games in an empty McCarthey Athletic Center with cardboard cutouts replacing a live audience.

Seven of Few’s Gonzaga teams have finished the season with an unblemished home record and 11 others have lost just one game at the Kennel.

“It’s huge,” Few said. “It’s a shame the students weren’t here (in 2020-21) because it really is a big, big, big accomplishment that everybody needs to share in. Students are apart of it, community’s a part of it. Obviously, the players, all the players that were part of this.”

Few was conscious the Zags were on the brink of win No. 72 after a sports information official shared the information with him following their latest home win against Northern Illinois.

“So we talked a lot about, as I said I don’t think this will be broken during their lifetimes,” Few said. “So that’s pretty cool to have something like that you were a part of. And again, I hope everyone feels a part of it. Our fans, students, community, administration, definitely all the players that have been there for that.”

Timme, who starred in the win with 32 points and 11 rebounds, credited Gonzaga’s rabid fan base for its part in the record.

“It’s just a special thing about this community and I think it’s just our way of saying thank you to the community for always supporting us and sticking by us no matter what,” Timme said. “Because without them this isn’t possible. It’s something that’s truly amazing.”

As Gonzaga secured a program record, Timme achieved a milestone of his own. The All-American forward joined a small club of Gonzaga players by winning his 100th college game.

“I’ve won a lot of basketball games,” Timme said. “That’s huge just because as a competitor you hate losing and to know you’ve won way more than you’ve lost, it’s a blessing to be in an environment where winning is the expectation.

“When you lose it hurts so bad and one you’re not familiar with.”

Timme’s college record improved to 100-10 with Tuesday’s result. The Dallas native likely would’ve reached the milestone earlier, but the Zags didn’t play full schedules in 2020-21 and 2021-22 with a handful of games canceled due to COVID-19.

Timme is on track to finish top 10 in career wins at Gonzaga, needing just nine more to surpass Elias Harris at No. 10.

Przemek Karwnowski is the winningest player in Gonzaga and NCAA history, with 137 career victories.

Sophomore center Efton Reid left Gonzaga’s bench at halftime and never returned in the second half after experiencing what Few characterized as migraines.

“Sometimes he get migraines and he had a migraine deal where he had nausea,” Few said. “So, couldn’t make it back out there after halftime.”

Reid didn’t play in the game after logging 4 minutes in Gonzaga’s 100-90 win over Alabama on Saturday in Birmingham.

The LSU transfer is averaging 2.0 points and 1.5 rebounds in 4.6 minutes per game this season.