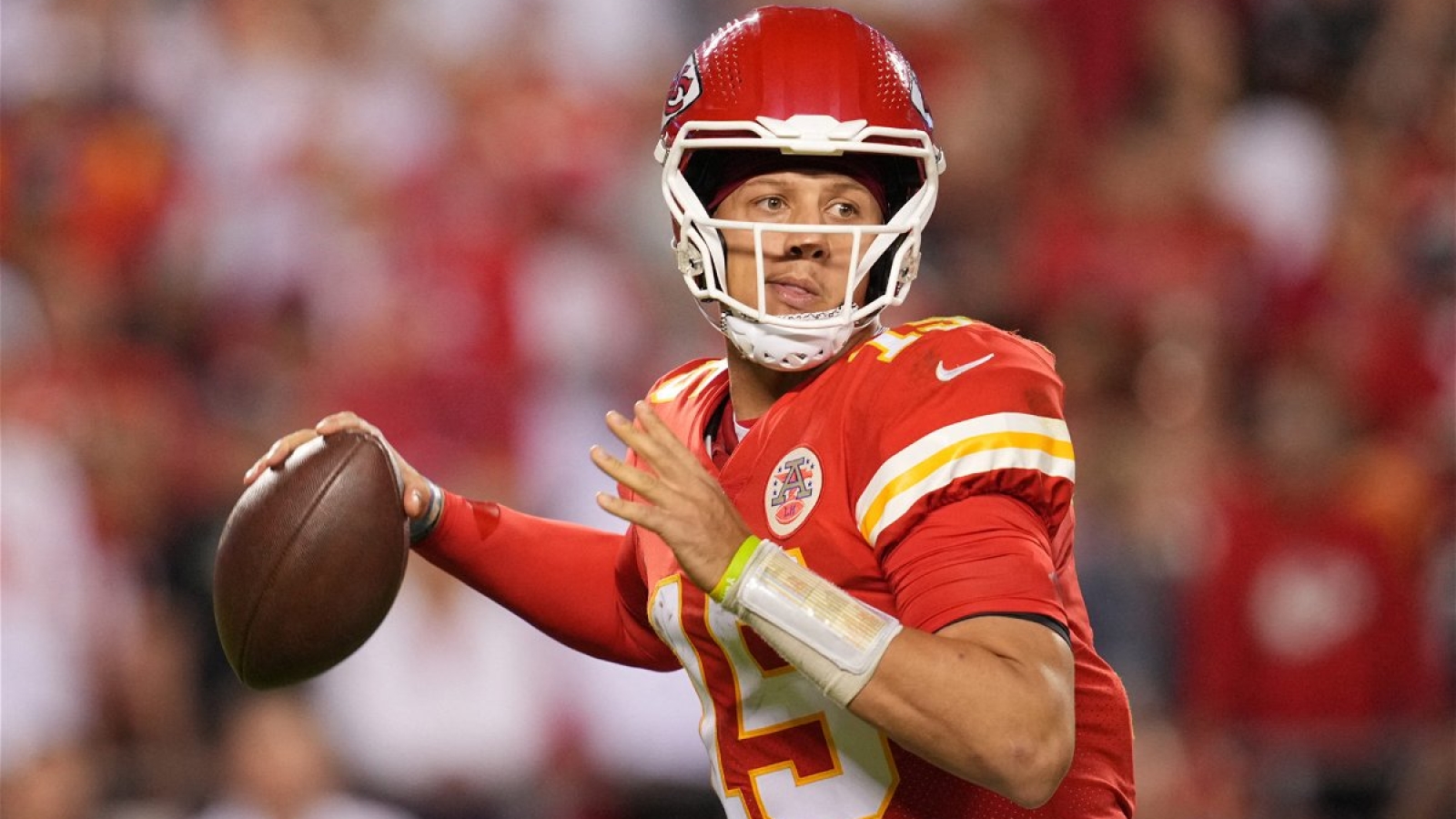 Even though MLB is going through its offseason, baseball fans always find a way to keep themselves close to the sport. And this time, unlike a baseball player, an NFL star is responsible for sending the MLB fans down their memory lane. Recently, an old photo of the Kansas City Chiefs QB Patrick Mahomes with his father, who was an MLB star, resurfaced on Twitter.

In the picture, one can see the former slugger holding the young Mahomes in his arms. Both father and son are wearing baseball uniforms in the photo and fans are reacting to this decades-old picture.

The fans think the father-son picture is ‘cute’

For those unversed, Pat Mahomes Sr. pitched in MLB from 1992 to 2003. He played for different teams for the 11 years of his career, including Minnesota Twins, Boston Red Sox, New York Mets, Texas Rangers, Chicago Cubs, and Pittsburgh Pirates.

The resurfaced photo is from when Mahomes Sr. played for the Minnesota Twins. As such, both father and son are wearing the team’s uniforms. The young Mahomes is wearing his dad’s team jersey. Both MLB and NFL fans are equally finding the old photo adorable.

I was today years old when I became aware of this connection.

They do favor themselves!

If comparing both Mahomes, unlike his father, who did not win anything big in his MLB career, Mahomes II seems to be a serial winner. With one Super Bowl MVP already in his name, the Chiefs QB is probably the most valuable asset in the NFL right now.

Most of the world now knows Mahomes II as the MVP of the football world, but he also played college basketball and baseball in the beginning. However, in his junior year of college, he decided to focus solely on football. It seems that at one point in time, Mahomes would have given up football for baseball. But the support from his mother and Texas Tech college football fans prevented him from doing so. And as it is, NFL fans must be extremely happy with his decision.

The Kansas City Chiefs QB has collected an astounding number of titles to his name. The young star has quickly risen up through the ranks, becoming the youngest quarterback in NFL history to be named Super Bowl MVP. Having achieved his status as a star quarterback, Mahomes Jr. does not look like he’ll be pausing anytime soon.

Do you think Mahomes’ decision to choose football was the right decision? Tell us in the comments below!