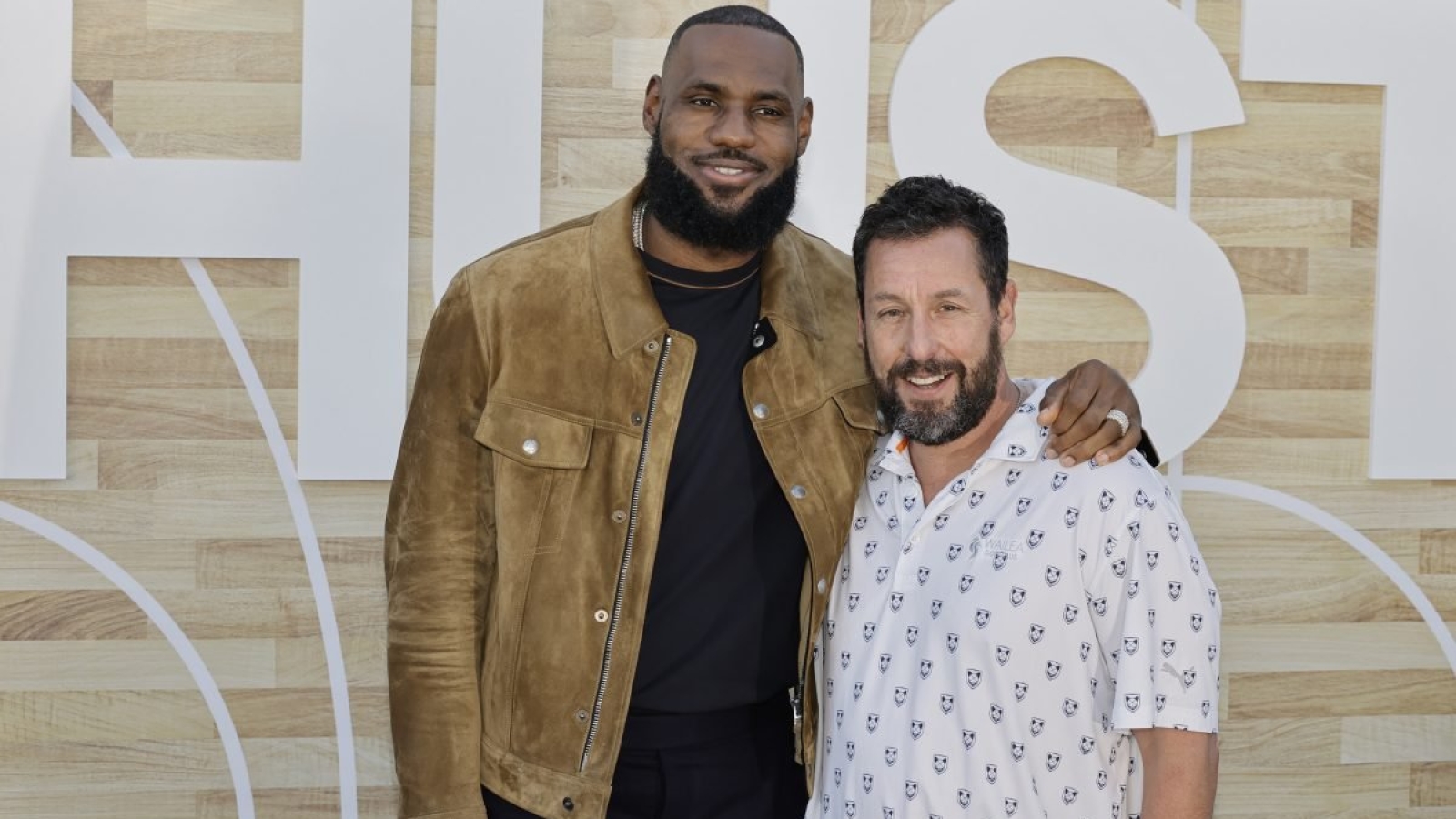 Adam Sandler’s love for basketball can sometimes be seen on and around the court. A recent game between the Los Angeles Lakers and Atlanta Hawks featured Sandler on the sidelines. A picture emerged on social media soon after, where he was seen next to LeBron James. According to the picture, Stanley Sugerman is scouting tonight’s Lakers game, which is evident in his patting of James’ shoulders.

Seemingly Sandler has found the best player for the job. In the Netflix original, Hustle, Sandler plays the character of Stanley Sugerman. Based on the movie, the story depicts how a washed-out basketball player now works as a basketball scout in hopes of finding the next NBA superstar.

In the shared image, the Uncut Gems star looked exactly like the character he played in Hustle. Following the apparent scouting of James’ Lakers game, NBA Twitter went into a frenzy.

Despite Los Angeles’ current league situation not being up to the mark in any possible way, the Lakers’ last game against the Hawks went in their favor. A final score of 130-114 pushes their win streak to four. Especially after seeing the injury reports that have lately unsettled the fans.

Sandler’s presence at the Lakers match even led some fans to mark him as far superior to the “whole front office.” Furthermore, many believed that “LeBron is HUSTLE 2 CONFIRMED!!”  Here are some reactions from the game:

he better than the whole front office

In an effort to maintain a winning consistency, James and the team are doing their best this time. While Anthony Davis sat on the sidelines, the fear of losing was there, but the team went on to win three straight games.

If the Los Angeles Lakers want to make it all the way to the playoffs this season, they must persevere and continue their winning streak. With Lakers fans now preparing for the next match against the Sacramento Kings, most are expecting a good performance and result.

Watch This Story – Years Before Calling Himself the Goat, LeBron James Wanted to Honor Michael Jordan, Pushing NBA to Take a Huge Step

In light of Sandler’s appearance on the court and the Lakers’ seemingly disappointing season, what are your thoughts? Let us know in the comments below.