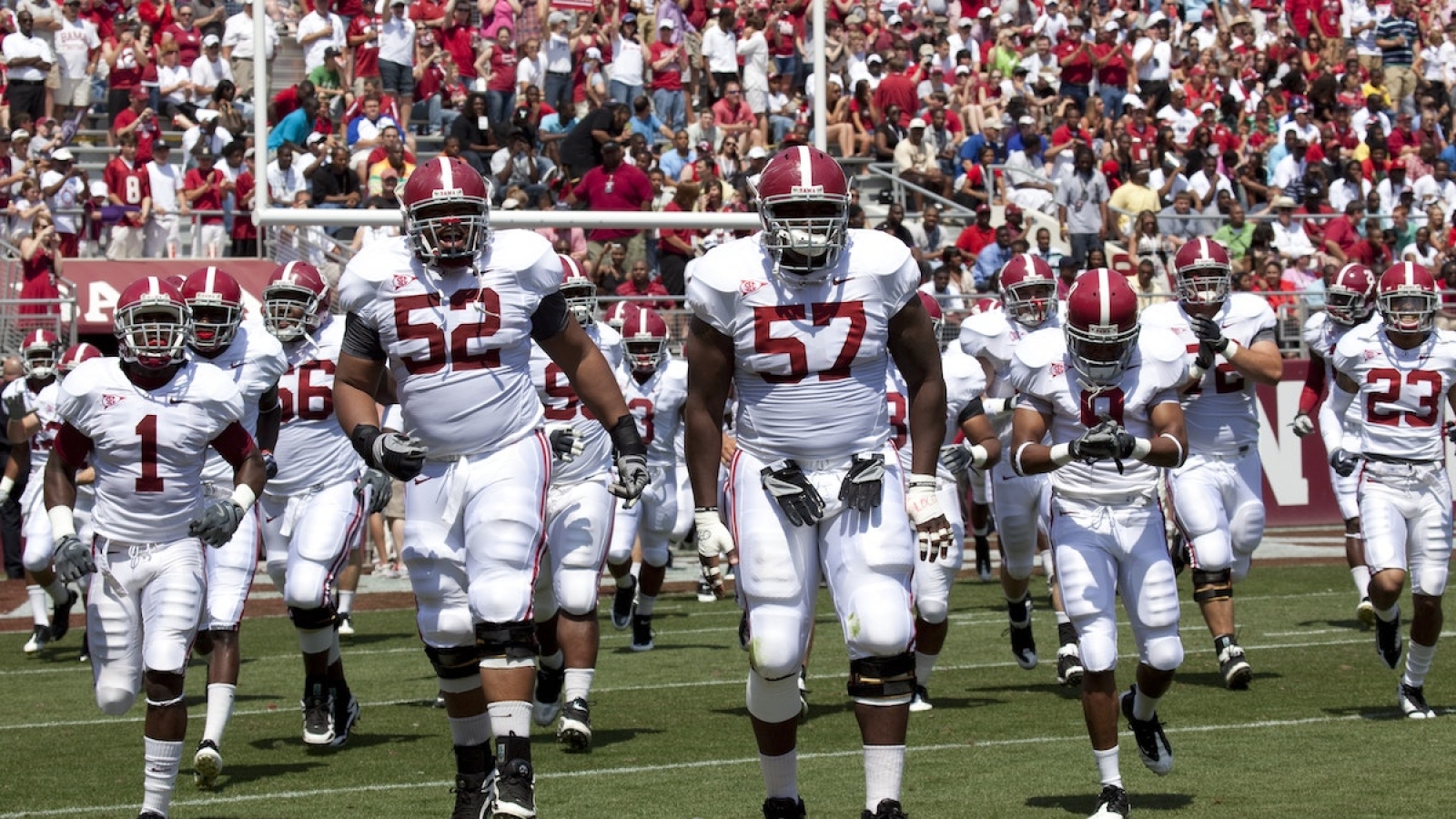 Bowl season may have kicked off a week ago, but there are still plenty of college football games worth watching while you’re home for the holidays.

While it’s unlikely you’ll pay attention to every game, there are plenty of old and new college football rivalries that are guaranteed to entertain and excite you and your family. Here are the NCAA bowl games you should keep your eye on for big plays and surprising wins.

Unranked Arkansas is favored to win the Dec. 28 Liberty Bowl, but Kansas, a school better known for basketball, could put up a fight worth watching. Kansas may have ended its season with three consecutive losses and Arkansas did lose several key players to opt-outs, but this game could become a high-scoring shootout. Especially if Arkansas’s offense plays well and Kansas uses its newfound stamina strategically.

Watch Oregon, which ended its season 15th overall, take on North Carolina on Dec. 28 in the Holiday Bowl. The Ducks are favored to win by multiple touchdowns, but the Tar Heels could have shot if their team leaders catch quarterback Bo Nix off guard enough.

As a Lubbock native, I’m biased, but I think the Dec. 28 Texas Bowl is worth watching just to see if Texas Tech’s offense, which ranked in the top 20 in red zone touchdown percentage, will hold up against Ole Miss’s defense. Ole Miss may be favored to win, but the Red Raiders’ seasonal winning streak will be useful momentum against the Rebels, which lost their last three regular season games.

I’m personally tuning into the Alamo Bowl on Dec. 29 with hopes that the Texas Longhorns will get trampled (horns down, always). Unfortunately, even I have to acknowledge Texas’s record when it comes to winning bowl games is outstanding and could give the Longhorns the boost they need to win another. Texas is missing several key players that Washington could use to their advantage. Regardless, Texas is still favored to win.

If the ranked Florida State has anything to say about it, the Dec. 29 Cheez-It Bowl will be a bowl game for the books. With a top-20 scoring offense and a five-game winning streak, the Seminoles are prepared to play a tough game against Oklahoma. The Sooners were clearly weakened after their head coach’s departure last year but could use their poor 2022 performance as motivation to win again.

Odds say the Dec. 30 Gator Bowl title will go to Notre Dame, but South Carolina isn’t ready to give up yet. After big seasonal wins over Clemson and Tennessee, the Gamecocks carry an offensive drive that could startle the Fighting Irish. Notre Dame, on the other hand, has only become stronger as its season progressed and could easily snatch another victory to cap off its wins.

No. 6 Tennessee and No. 7 Clemson will show down in the Dec. 30 Orange Bowl. Expect a fast game that will only slow if the Vol’s defense can stop the Tigers’ quarterback Cade Klubnik in his tracks in the first half.

Kansas State’s “we want ‘Bama” calls will become reality on Dec. 31 when they take on the Crimson Tide in the Sugar Bowl. Momentum from the Wildcats’ win against the nation’s No. 3 team and Fiesta Bowl contender TCU during the Big 12 championship could give them the strength they need to overpower Alabama.

Don’t discount the former SEC champion yet, though. Alabama will likely enter this game with a massive chip on its shoulder — especially knowing that the team lost three of the last four Sugar Bowl games it participated in.

Michigan lost the college football playoff last year, which will likely give the team more season to win the Dec. 31 Fiesta Bowl, as predicted. Aside from their loss to Kansas State in the Big 12 championship, TCU has a back pocket of wins that could give the Horned Frogs the strength to rival the Wolverines. The results of this game could be a bittersweet goodbye or an incredible path to the college football championship for the Big 12, depending on TCU’s performance.

LSU is strongly favored to win against Purdue in the Citrus Bowl on Jan. 2. The Tigers’ impressive offensive record certainly signals another win for the SEC. Purdue, however, could challenge LSU with its strong passing game.

Despite suddenly losing their head coach Mike Leach to heart complications earlier this month, Mississippi State isn’t going down to the 8-4 Illinois without a fight. Show your support for one of America’s most beloved college football coaches by watching his nationally ranked team’s showdown in the ReliaQuest Bowl in Tampa, Florida, on Jan. 2.

This game is worth watching solely to see the Trojans’ new head coach Lincoln Riley and Heisman Trophy winner Caleb Williams in action. After losing the Pac-12 championship to Utah just a few weeks ago, USC is coming to the Cotton Bowl on Jan. 2 not just to play, but to win.

No. 8 Utah is entering the Rose Bowl on Jan. 2 with momentum from its Pac-12 championship victory. Armed with a new quarterback, No. 11 Penn State is ready to challenge the Utes’ defense for a chance to bring the Big 10 some accolades. This will be a calculated game with lots of focus on both teams’ offensive performances.

Jordan Boyd is a staff writer at The Federalist and co-producer of The Federalist Radio Hour. Her work has also been featured in The Daily Wire and Fox News. Jordan graduated from Baylor University where she majored in political science and minored in journalism. Follow her on Twitter @jordanboydtx.