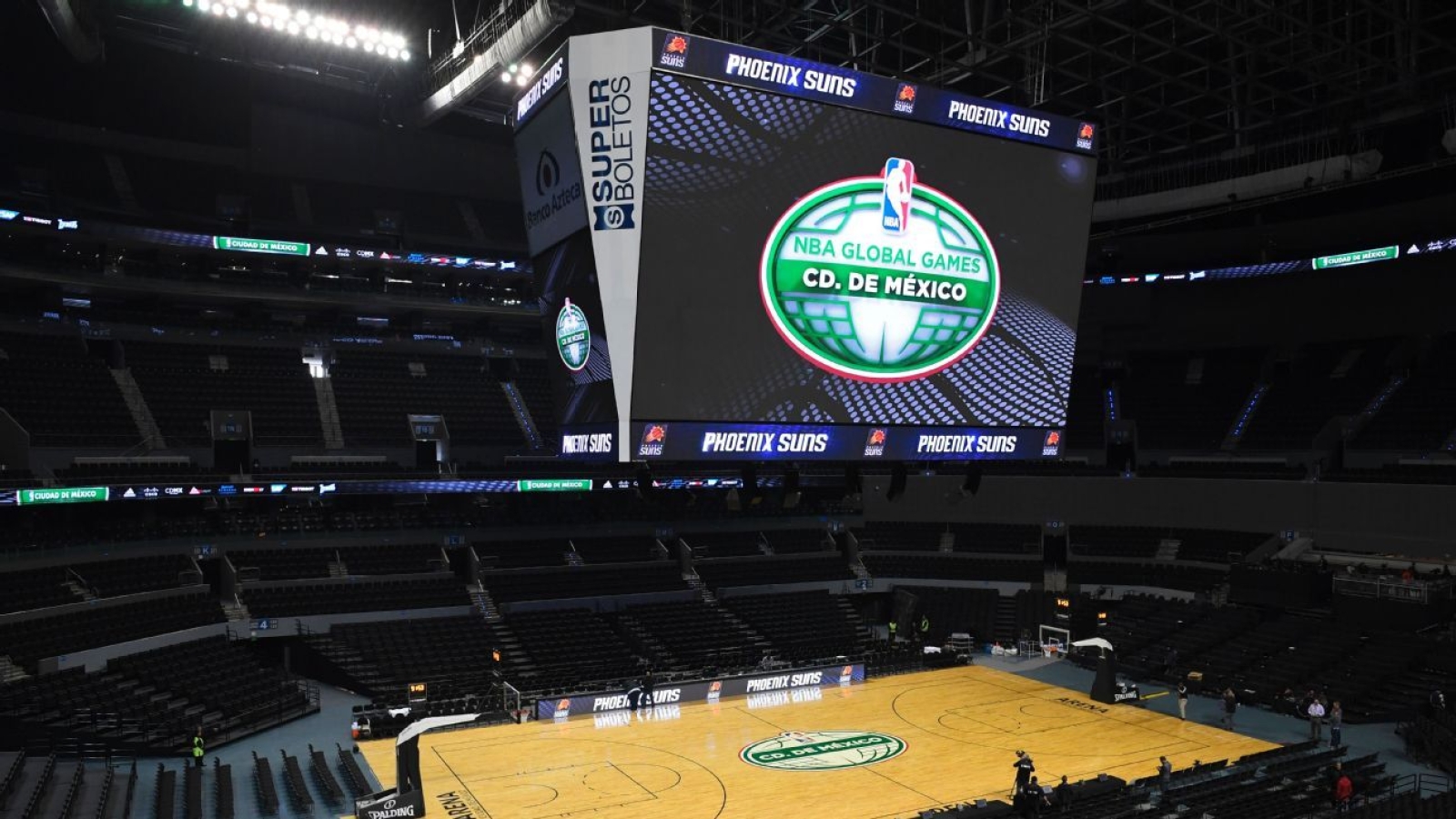 A record 120 international players from 40 countries helped the NBA tip off the 2022-23 season. Nudging that global surge along are four NBA academies tasked with developing high school-aged talent in Australia, India, Senegal and Mexico — site of Saturday’s regular-season game between the Miami Heat and San Antonio Spurs.

Over the last quarter century, Mexico has emerged as one of the NBA’s most reliable partners in its quest to grow abroad. Saturday’s game at Mexico City’s Arena Ciudad de Mexico will be the 12th regular-season game played in the country since 1997. However, only four Mexican-born players have ever made it to the NBA. The last was Jorge Gutierrez, a guard who spent parts of four seasons with the Brooklyn Nets, Milwaukee Bucks and Charlotte Hornets. Currently, fans can look to Los Angeles Lakers forward Juan Toscano-Anderson, who was born in Oakland but represents Mexico’s national team through ties to his mother’s family.

To stem the tide and spur the NBA’s growth in Latin America — just five players who opened the season come from that part of the world — the academy in Mexico was set up to simultaneously nurture young talent in the region and allow potential prospects another path to a pro career outside of the traditional routes. Opened in 2021, the NBA Academy Latin America sits in the middle of the La Loma sports complex in San Luis Potosi, a city in the state of the same name located roughly 250 miles north of Mexico City.

“The Academy is for all of Latin America,” said Marc Pulles, basketball operations team Leader for the NBA in Mexico. “It’s part of a pyramid we’ve set up to guide players all the way to a pro career [in the region].”

With that in mind, the league has set up developmental programs like the Jr. NBA, set up to entice grade school-aged children in Mexico to learn the game. Young players could then make their way up to San Luis Potosi before potentially signing a bona fide pro contract with the G League’s Mexico City Capitanes, all without ever leaving Mexico.

Players from other countries within the region and even outside Latin America have also benefitted. The Indiana Pacers‘ Bennedict Mathurin attended the Academy in 2018, when it was based in Mexico City, before earning a scholarship to Arizona and being selected sixth overall in the 2022 NBA draft. This year, three more Canadian players have been added to the Academy’s roster.

The NBA has set up these seeders to emulate the athletic and personal development players would find at collegiate programs in the U.S. Players are kept on a tight schedule; they attend classes and practice on weekdays, and are evaluated both by how they progress on the court and as budding adults with responsibilities.

“We give our players tools to be successful at basketball and at life,” said Walter Roese, the Brazilian-born coach who runs the Academy in San Luis Potosi. “When the NBA called me in 2017 and told me what they planned to do here, I was adamant about giving these kids structure.”

Within the Academy’s confines, Roese and a team of specialists tend to 12 players from six countries and Puerto Rico, a U.S. territory. Roese, who played basketball at BYU-Hawaii, employs a mix of English, Portuguese and Spanish to communicate with his players, using Mathurin and Josh Giddey, the Oklahoma City Thunder guard who attended the NBA Academy in Australia, as motivational blueprints for those hoping to take the next step.

Santiago Ochoa, the only Mexican participant in the group, hopes to do just that while picking up where others like 12-year NBA veteran Eduardo Najera left off. The 19-year-old guard has already been called up to his country’s national team, where he’s gotten the chance to train with and befriend Toscano-Anderson, whom Ochoa texts for advice now and then.

“I feel motivated to be here, because I feel like I’m at the right place to develop my game,” Ochoa said. “That I can chase my dreams. Here, I feel like I only have myself to depend on to get to where I want to go.”

NBA scouts regularly visit the league’s academies to get glimpses of players like Ochoa, who can find themselves eligible for the draft through more than one mean.

“Any team, whether in the NBA or in the G League, has access to data about our players if they want it,” Roese said.

Kendrick Perkins explains why the Warriors’ chances of a championship this season are over after Steph Curry’s injury.

Whereas Mathurin went from Mexico City to the NCAA, Giddey polished his game in Australia’s pro league, the NBL, where even former top American prospects such as LaMelo Ball have journied to continue their development.

Mexico has the Capitanes, who joined the NBA G League in 2021 and became the first franchise outside of the U.S. or Canada officially in either of the NBA’s two tiers. The Capitanes’ lead assistant coach, Mitch Thompson, also assists in the development and coaching of the Academy’s prospects in San Luis Potosi.

“Mexico is the only country to have this complete structure, to have a G League team,” Pulles said. “That’s an honor, and it allows fans in Mexico and Latin America to truly see a path towards being a pro right in front of them.”

As for Saturday in Mexico City, Heat assistant Octavio de la Grana, who is Cuban-American, is believed to be the only Latin American ambassador on either side. The league hopes it is only a matter of time before a larger overall presence from the region is felt, not only via an increment in players but even through a potential expansion franchise down the road.

“Clearly coming to Mexico City just because of the huge population here in Mexico but in essence as a gateway to the rest of Latin America could potentially be very important to the league,” NBA commissioner Adam Silver said in 2017.

Though the idea of a genuine NBA franchise in Mexico City might still seem a pipe dream, the possibility of developing more stars from the region is always looming. The gold standard remains Argentina’s Manu Ginobili, the Hall of Famer who retired a four-time NBA champion with the Spurs in a brilliant 16-year career. Among the active ranks, the Dominican Republic’s Al Horford was a key contributor for the Boston Celtics, last season’s Eastern Conference champs.

All the while, in San Luis Potosi, which is about 600 miles south from the nearest NBA city, a group of young prospects toil in the hopes that one day in the not-too-distant future, they can also make their mark on the league.

“I’m gonna try and get [Miami Heat star] Jimmy Butler‘s number,” said Ochoa. “I’d like to be able to text him and get tips on how to better my game.”