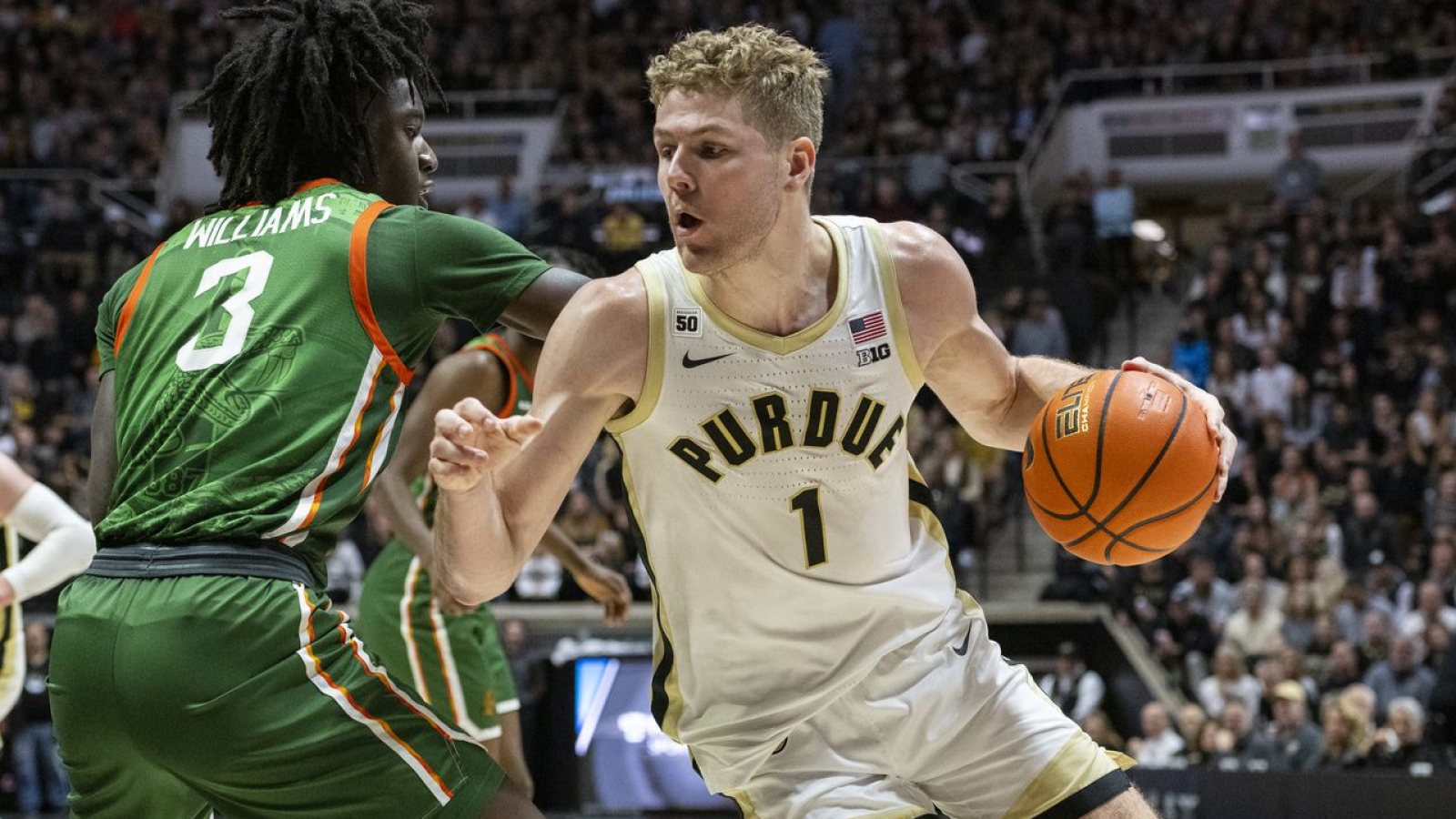 One of the many Big Ten matchups on the men’s college basketball slate on Sunday includes the top team in the country looking to build some momentum in conference play, as the Purdue Boilermakers meet up with the Penn State Nittany Lions in Philadelphia.

Once again, the Boilermakers are looking like a contender in the Big Ten and the entire NCAA. Though their 13-0 start was put to bed last Monday against Rutgers, Purdue is still the No. 1 team in the nation. They have had a series of close outcomes this season, including hanging on to beat Nebraska in overtime last month. Coming off a matchup with the No. 24-ranked Ohio State Buckeyes this past Friday, the Boilermakers are tied for first in the B1G at a 3-1 clip. Offensively, they have been led by Zach Edey, as the big man down low is averaging over 20 points a game this season.

Penn State has had a respectable start to its season. Though they have a pair of losses in Big Ten action to both teams in the Mitten State, including dropping a 79-69 decision to Michigan last Wednesday, they still have one of the better records in the conference. The Nittany Lions’ loss to the Wolverines ended a five-game win streak for the squad, and are now seventh in the B1G with an even 2-2 record thus far. If they want to hang in there with one of the best teams in the NCAA, they will need players like Jalen Pickett to step. Coming into Sunday, Pickett leads Penn State, averaging 17.4 points per game.

Purdue has dominated Penn State in their all-time series, winning 34 of the 43 matchups with the Nittany Lions, including winning 13 of the last 14 meetings. The Boilermakers defeated the Nittany Lions in the Big Ten Quarterfinals last season.

Where: The Palestra (Philadelphia, Pa.)