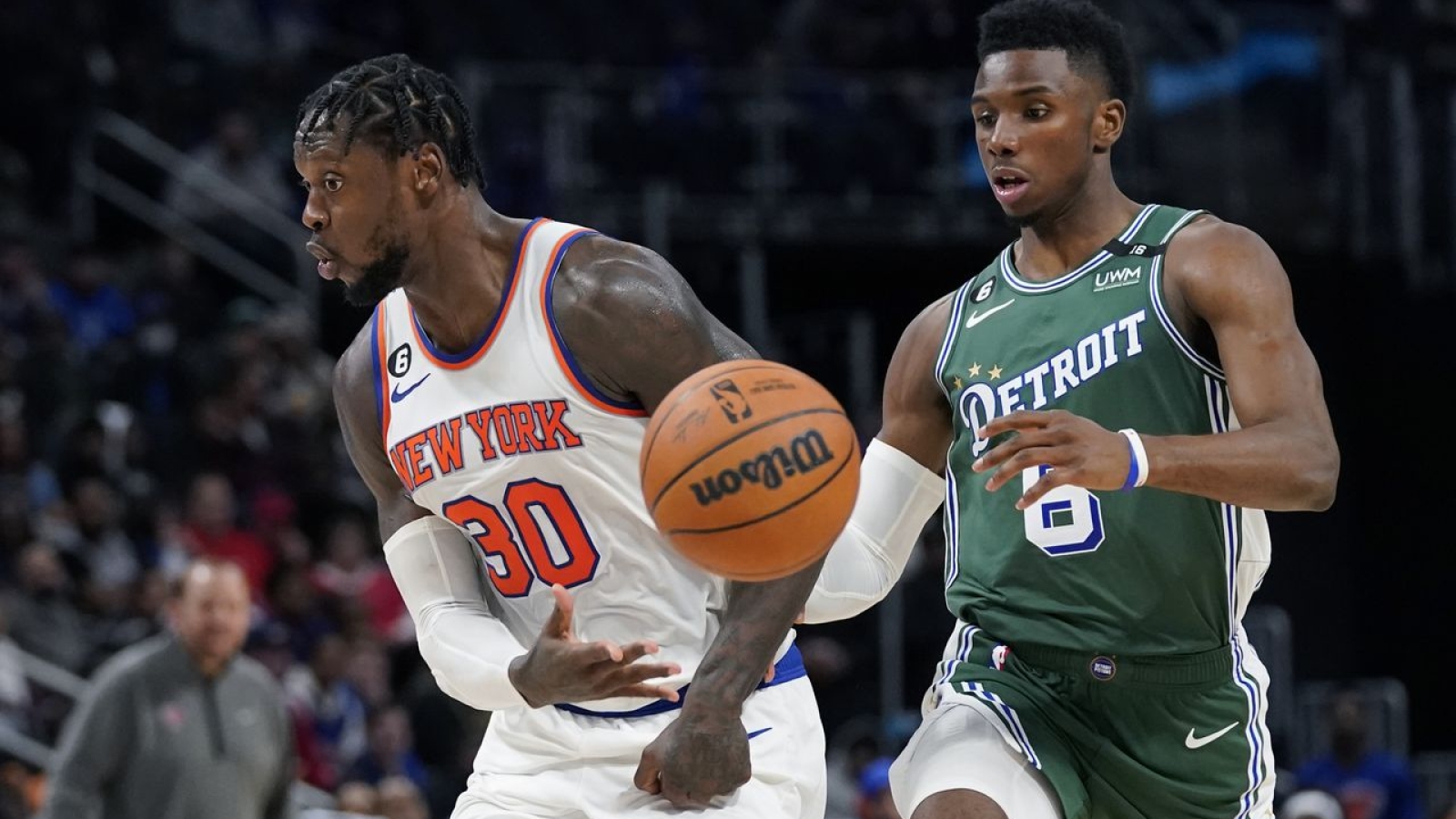 The Detroit Pistons are back on the road on Sunday, once again trying to get back on the winning side following a disappointing loss, as they get set for an afternoon clash with the New York Knicks.

Coming off their sizeable victory over the Minnesota Timberwolves, the Pistons hoped to carry that momentum into their Friday night matchup with the New Orleans Pelicans. However, it did not go quite according to plan. After falling behind in the opening quarter, Detroit found themselves trailing by nine at the half. Though they battled hard, and kept it close in the second half, they were not able to complete the comeback, losing by a final score of 116-110.

With the loss, the Pistons are second-to-last in the Eastern Conference with a better winning percentage than the Charlotte Hornets, despite Detroit being a half-game further back out of first place.

The Knicks are hanging onto sixth in the East, currently one spot ahead of the Play-In round. They have a lot of ground between them and the league-leading Boston Celtics. Coming off their win over the Washington Wizards on Friday, New York has won seven-straight games, and is one game ahead of both the Indiana Pacers and Miami Heat. The Knicks have been surprisingly better on the road than at home, as they are 13-8 away from MSG this season.

This will be the fourth and final meeting of the season between the Pistons and Knicks, which Detroit is happy to see, as they have dropped the first three matchups.