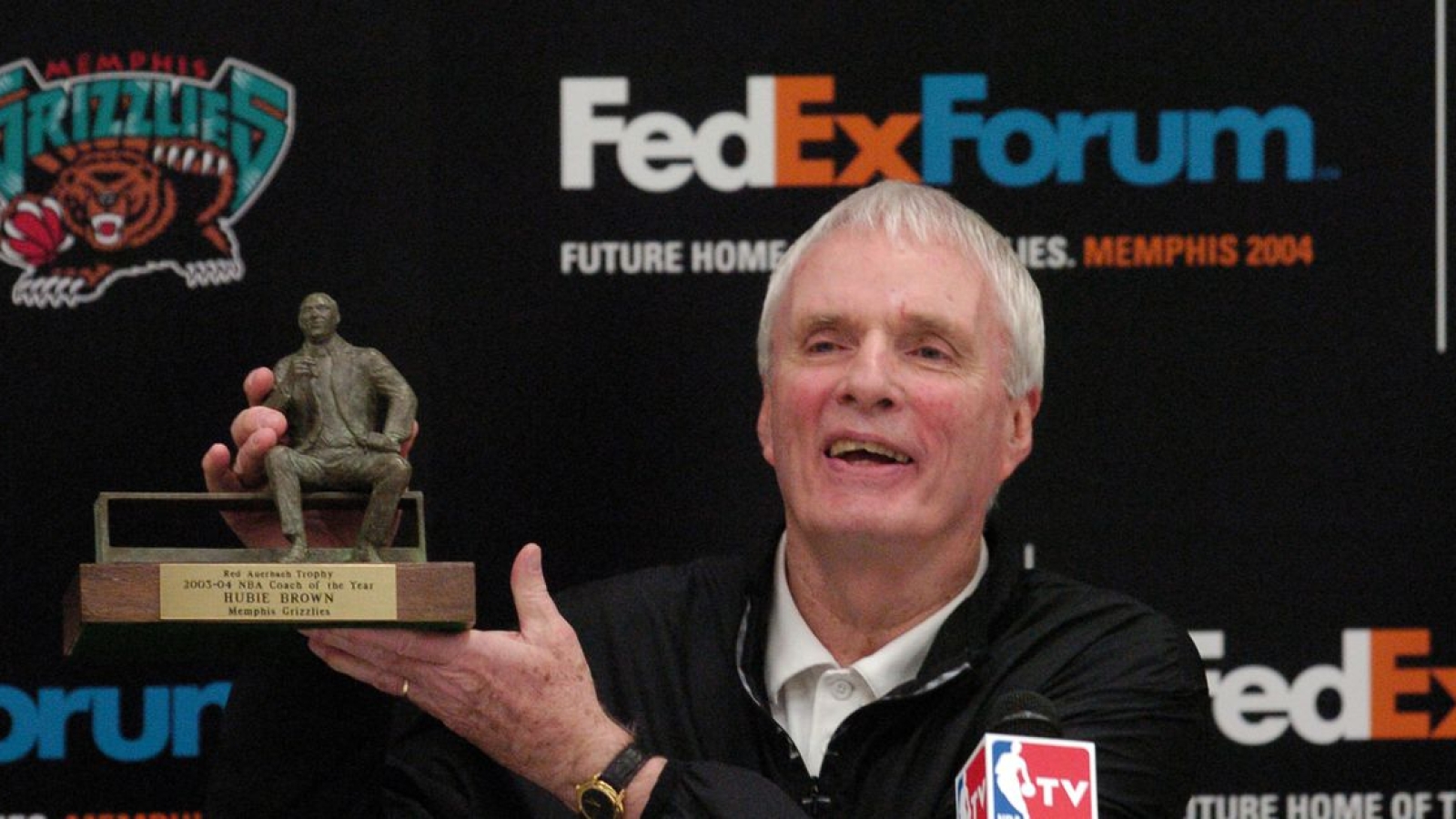 Hubie Brown has been courtside for a lot of Christmas Day classics as a Hall of Fame coach and an analyst for ABC.

So what’s kept Brown, 89, on the road every Christmas since 2004, including Sunday when the Mavericks host LeBron James and the Los Angeles Lakers?

“Well, you know, you can’t do the games unless you get invited,” he said. “And I have great respect for ABC and ESPN for allowing me at my age to still continue to be involved with the NBA.”

Brown, who won Coach of the Year with the Memphis Grizzlies in 2004, began his NBA career in 1972, coaching Kareem Abdul-Jabaar and Oscar Robertson as a Milwaukee Bucks assistant under Larry Costello.

It was the first year he had to leave his wife and four children behind on Christmas to play a game, a 104-99 win over the Kansas City-Omaha Kings.

Here’s what Brown remembers from that trip, as well as how the Mavs match up against the Lakers and what he thinks of star Luka Doncic.

This interview has been edited for clarity and length.

What are some of your fondest memories of NBA games on Christmas Day, either as a coach or an analyst?

Brown: Back when I broke in the league in 1972-73, I was with the Milwaukee Bucks. I came from Duke as an assistant coach, and I joined this great young team. They had Kareem Abdul-Jabbar, Oscar Robertson, Bobby Dandridge. All three guys are in the Hall of Fame.

Don’t let anybody tell you that the visiting team is happy to be playing on Christmas. My four children and Larry’s four children were very disappointed that we left on a 6:30 a.m. flight from Milwaukee to Kansas City. We were the only people on the plane.

And you have to remember now, this is 1972. We land and we go to the hotel, a little Holiday Inn in downtown Kansas City.

And there’s no food. The dining room is closed. No room service. So a trainer goes out and he’s looking all around downtown to find a place to eat. There’s no place to eat.

We stay in the hotel a couple hours, and when we go to the arena, the guys were waiting for the hot dog stand and the sandwiches in the building to open up so they could have something to eat before we played the game! Now this is no exaggeration, this is exactly how it happened.

What does the typical Christmas schedule look like now?

Brown: Christmas Eve we always have a dinner for all of the people that are working the event for ABC, so that means not only the analysts, the announcer, the producer and director, but also the cameramen and the people working in the truck.

And it’s always very nice, because if they want to bring members of their family they can. Because let’s face it, they’re missing Christmas just like the players. So it’s a very nice gesture by ABC and ESPN. And then we’ll have a meeting either before or after for production.

Turning to basketball, what are some of the best Christmas games you’ve seen?

Brown: There are plenty of great games, great people and great associations, but it’s always special. The building is always electric. It’s always two excellent teams, playing with the real stars of the league.

Before the Christmas unveiling of the Dirk Nowitzki statue, meet its master sculptor

If [Anthony] Davis didn’t get hurt, [Mavs-Lakers] would have been one of the super games with Davis and LeBron and Doncic going head to head. Even though Davis is not going to play, they still have LeBron and [Russell] Westbrook, and they won and Westbrook had a triple double [Dec. 16].

So if you’re a real fan, you’re looking for Westbrook to play well, LeBron to have a great game, but Doncic and Dallas to rise to the occasion and play the perfect game and get it going here right now.

So that’s going to hurt your front line until he gets back because he’s an excellent team player, as well as a great frontcourt rebounder, shot blocker, defensive player.

Speaking of the Mavs’ run of injuries, what do you think their chances are this season?

Brown: Well, unfortunately when you coach professionally, injuries are part of the business. The pressure is on the medical staff and the player to work together to get back as quick as possible.

Now, the second part of the pressure is, who steps up? Can that person give you something close to what is missing because of an injury?

What you’re looking for is — it’s overused, but it is true — next man up.

When you have a team that’s good, in the upper half of the conference, that’s playing every night for playoff positioning, they understand the next man up, the total chemistry, everybody playing for the team.

You’ve coached and analyzed the league’s best players. Where would you say Doncic ranks in terms of talent?

Brown: I don’t rate players because I cover from 1972 until today, and the game has changed.

Then, naturally, when you take his range, there are very few players his size, and his upper body strength, that can shoot the percentage that he shoots in the three ball.

And because of the emphasis that he has the ball so much by being your point guard, or a 2-guard whatever you want to call him, every time he crosses half court he naturally becomes an incredible offensive weapon.

Do you see Doncic winning a title?

Brown: You don’t win titles by yourself. Some of the greatest players who ever played the game didn’t win a title because it comes down to who else is on the first team and who else is in the eight-man, nine-man or 10-man rotation.

You have to be injury free. Not one of your key guys can be injured. Then you have to have Lady Luck. Do you have home court advantage? How’s your execution in the last three to four minutes of every big game in the playoffs? Can you make the adjustment when it comes down to only one possession, whether it’s offense or defense?

Lucius Allen, who was an All-American at UCLA with Kareem. We lost him in the last game of the season with an ACL.

You said in 1988 that you’d work until Verne Lundquist died. He’s 83. Are you still holding out?

Brown: [Laughs] Oh, Verne and I worked together. Verne was doing the Dallas Cowboys for years and he was also doing CBS basketball as well as NFL football. So we always had a big laugh about that.

Well, you know, you can’t do the games unless you get invited. And I have great respect for ABC and ESPN for allowing me at my age to still continue to be involved with the NBA. And it’s something that you look forward to, because of the camaraderie not only of your announcer and producer and director because you’re a team, but also the camera guys because they’re a team and all the people that work in the truck.

You’re always happy that they extend the offer for you to be able to be part of NBA basketball, surrounded by the greatest athletes in the world. And outstanding coaches that you’ve seen grow up from college players, to NBA players, to coaches or what have you.

And it’s just a wonderful feeling that you still can be a part of that at this age.