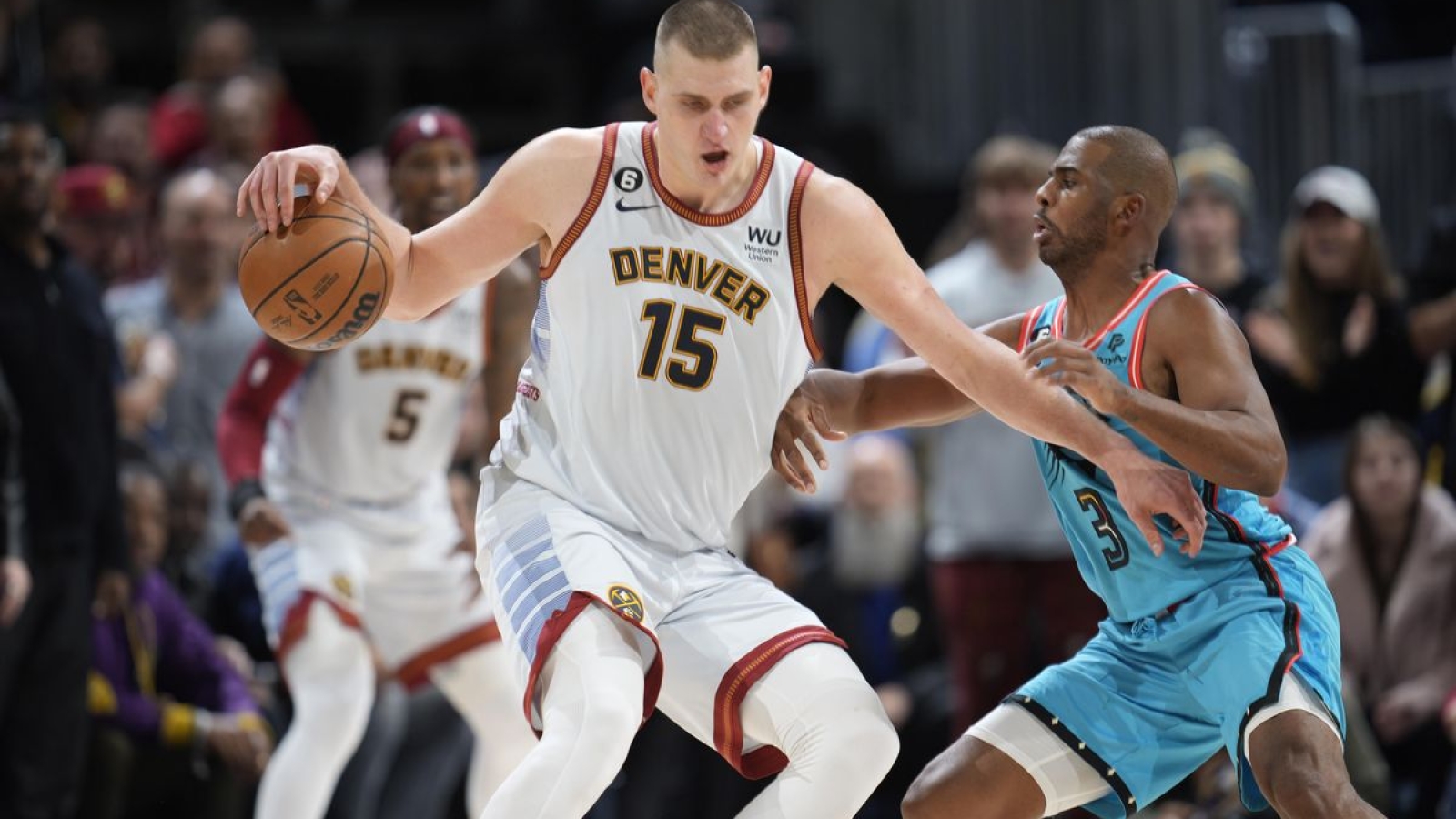 DENVER — There was a time when an NBA team had some sense of how things were shaping up by Christmas. Even if just a glimmer of its place in the overall landscape.

Then the Boston Celtics made a run to the 2022 NBA Finals after being under .500 about this time last year.

Nobody is feeling too cozy this winter in the injury-riddled NBA.

“I don’t know if you can make any sense of anything nowadays,” Nuggets coach Michael Malone said.

Going into Tuesday’s games, Boston sat atop the Eastern Conference while Denver leads the West. But both races could simply depend on who heals the fastest or who can stay the healthiest.

The reigning NBA champion Golden State Warriors are missing Stephen Curry (shoulder), the Los Angeles Lakers are without Anthony Davis (foot) and the Minnesota Timberwolves are minus Karl-Anthony Towns (calf).

The Phoenix Suns might be down Devin Booker for a bit after he reaggravated his groin Sunday, and Domantas Sabonis is day-to-day with a hand injury as the Sacramento Kings try to make the playoffs for the first time since 2005-06.

Meanwhile, Jayson Tatum has the Celtics humming along, and Nuggets big man Nikola Jokic is threatening to join Bill Russell, Wilt Chamberlain and Larry Bird as the only players to win three consecutive MVP awards.

Despite those two playing some of the best basketball in the NBA, injuries have led to some early-season chaos.

Four teams are within three games of the first-place Celtics in the East, and eight clubs are within four games of No. 1 Denver in the West.

“The talent and skill levels may change because of injuries,” Suns coach Monty Williams said. “But playing with a great level of competition should never change for any team.”

So it goes with LeBron James, who turns 38 on Friday and entered Tuesday 630 points away from breaking Kareem Abdul-Jabbar’s career scoring mark. The Lakers are currently well back in the West race and James is in danger of missing the playoffs for a second straight season. It won’t be easy to avoid that, with Davis sidelined for an undetermined time.

Then again, the Lakers have already climbed out of 0-5 and 2-10 holes this season.

“How many times are you going to try to dig yourself out until there’s too much dirt on you?” James said. “There are ways we can be better.”

It worked for the Celtics, who at this time a year ago — Dec. 26, 2021 — were 16-17 and sitting ninth in the East. But the holiday wasn’t a good barometer, as they went 35-14 the rest of the way to earn the No. 2 seed and advance to the finals. They’re surging again this season behind Tatum, who has emerged as an MVP favorite as he tries to unseat Jokic.

“One game at a time and not looking too far ahead,” Malone said with roughly 40% of the season complete. “Just trying to get better every single day.”

That’s the case with the Nuggets, who are steadily seeing Jamal Murray’s explosiveness return as he makes his way back from an ACL injury. Michael Porter Jr. has recovered from a heel ailment that kept him out for a month.

The Warriors are minus Curry for at least two more weeks. Towns could be back for Minnesota in the not-so-distant future. Booker’s groin injury could be a concern for the Suns, who are already without Cameron Payne (foot) and Cameron Johnson (knee). Booker reaggravated the injury early in a 128-125 overtime loss at Denver on Christmas Night. He’s the team’s leading scorer.

“It’s tough,” teammate Chris Paul said. “We’ve got to hold the fort down until he’s ready.”

Sort of flying under the radar these days are the Los Angeles Clippers, a team that’s rounding back into elite form. They’re taking a cautious approach with Kawhi Leonard (knee), who scored 28 points in a loss at Philadelphia last Friday.

Don’t overlook the play of Shake Milton, who has given the 76ers a nice boost off the bench. Jerami Grant has been a welcome addition in Portland, averaging 21.8 points per game to give a big hand to Damian Lillard. Zion Williamson has been doing Zion Williamson-type things — before recently entering the NBA’s COVID-19 health and safety protocols — for the New Orleans Pelicans, who trail the Nuggets by a half-game.

Then there’s Aaron Gordon, the high-flying Denver forward who retooled his game in the offseason and is shooting a career-best 61.1% from the floor. He had several highlight-reel dunks in a win over the Suns on Christmas, including a backward jam, an alley-oop slam and one at the end where he nearly flew over Landry Shamet.

Gordon’s game has taken some pressure off Jokic, the 7-foot center averaging 25.4 points, 11 rebounds and a career-best 9.4 assists.