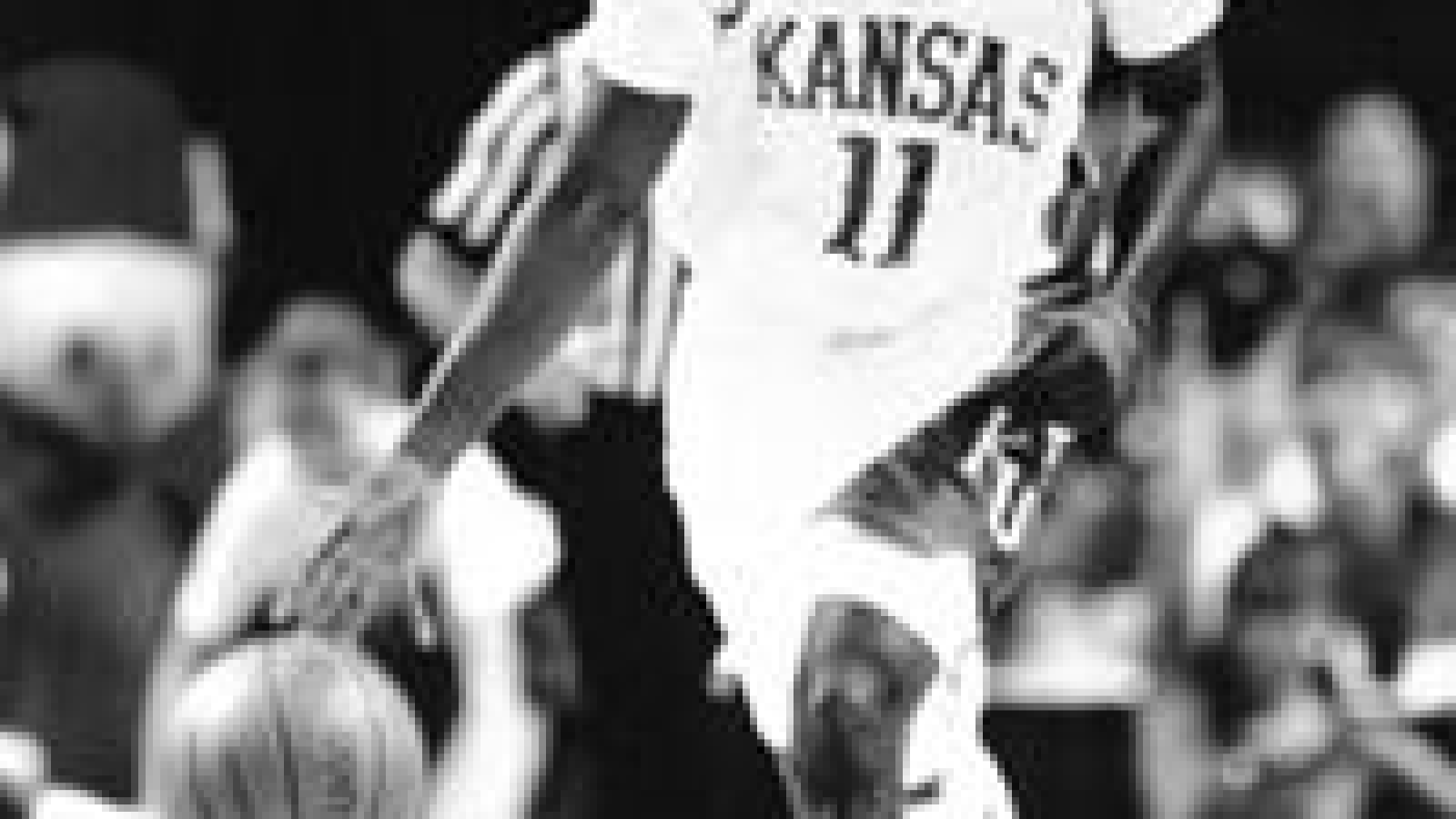 The Brooklyn Nets started the 2022 season in a slump. They lost six of their first seven games under former head coach Steve Nash, and it was evident they needed a new head coach.

Someone with not only experience as an NBA player and coach but a tremendous leader who could unify one of the league’s most talented and characterized teams. The Nets found their answer with former Jayhawk Jacque Vaughn.

Since his promotion, head coach Jacque Vaughn has led his team to 25-8 and has amassed a 23-6 record. He has led the Nets to a historic month in December of 2022, breaking franchise highs across the board. December was their best month in franchise history with a 12-1 record, the third time in franchise history the Nets notched double-digit wins in consecutive months and the highest points per game in a month with 122.4 points shooting 54% from the field.

This is not his first, but the second opportunity as head coach for the Nets. He was named interim head coach of the team in the NBA Bubble back during the 2020 season. He led the Nets to a 7-3 record before falling in the first round of the playoffs to the Toronto Raptors in six games.

After the 2020 Bubble, Brooklyn hired former back-to-back NBA MVP Steve Nash, and Vaughn again found himself as assistant coach for the Nets. After two full seasons, Brooklyn parted ways with Nash and Vaughn was a head coach once again.

“My next step after that was I was going to be the best assistant coach I could because now I understood better what a head coach needs on a daily basis… never saying that the all-in goal was to be a head coach again, and this opportunity came around,” Vaughn said in his pregame press conference before facing the Heat.

Overall, Vaughn has compiled a 32-11 record as Brooklyn’s head coach. His 30-10 start marked the best 40-game start to a coaching tenure in franchise history.

Head Coaches across the NBA know Vaughn personally and are familiar with what he brings to the table as Head Coach. Miami Heat Head Coach Erik Spoelstra was selected as one of the Greatest 15 Coaches in History by the NBA last season and had nothing but praises for the former Jayhawk.

“Jacque has always had amazing leadership qualities… He has a way of connecting with people, galvanizing groups,” said Spoelstra. “He knows how to work through adversity, he has a lot of grip to him.”

In a season filled with many questions and concerns over some of their most impactful players coming in and out of the injury report, Vaughn has demonstrated those leadership qualities to lead the Nets to success.

“They’ve been able to stabilize a situation where there’s a lot of noise, and the noise can sometimes get in the way… The first three weeks of the season, their injury report looked like ours, half of the team not in uniform, and a lot of impactful players who weren’t even playing; Kyrie and Simmons included,” Spoelstra said.

Jacque Vaughn has been one of the best coaches this season and connected this team in a way they’ve never experienced. Royce O’Neale is in his fifth season in the NBA after playing for Baylor and is in his first season with Brooklyn, becoming a key player for the Nets. He has started all 37 games for the Nets this season and offers much versatility on offense with his shooting and ability to drive.

“[He’s] always holding everyone accountable, we always know our roles and our sticking to our gameplan,” O’Neale is another witness to Vaughn’s leadership and has faith in Vaughn to lead them all the way to the Larry O’Brien trophy in June. “He’s trusting us, and we’re trusting him. That goes on both ends, that communication.”.

Jacque was selected 27th overall in the 1997 NBA Draft by the Utah Jazz, where he played for four seasons up until 2001. He then proceeded to play for three teams in four seasons, including the Atlanta Hawks, Orlando Magic and New Jersey Nets (now the Brooklyn Nets). He signed as a free agent with the San Antonio Spurs in 2006 and was a member of the team that won the NBA Finals in 2007 under Greg Popovich, another member of the NBA’s 15 Greatest Coaches List.

Hanging up his sneakers and finishing his playing career, he became an assistant coach and scout for the Spurs. Jacque Vaughn earned his first opportunity as head coach with the Orlando Magic where he worked for two seasons before parting ways with the franchise midway through his third season.

He is the fourth Jayhawk to coach at the highest level and the first since Kevin Pritchard was the head coach for the Portland Trailblazers in 2005.

Nowadays, he shows his passion from the sidelines. Jacque looks to implement what he’s learned as an assistant and head coach in his career.

“There was definitely some time of self-reflection after my time in Orlando of how I could be a better coach, my relationship with guys, what was important, so I’m using some of those things now for sure,” Vaughn said.

Vaughn’s passion for the game is something that has driven him all throughout his life, throughout his days in a Jayhawk uniform and his numerous NBA jerseys worn during his twelve-year-long career as a player.

During his time at the University of Kansas, Vaughn played 126 games and started in every but one game during his four seasons at Kansas. By the time he finished his Jayhawk career in 1997, he had become Kansas’ and the Big 8’s all-time assist leader with 642. That record has since been broken in 2002 by Aaron Miles. Vaughn was a two-time Consensus All-American, was named to the 1996-97 All-Big 12 Team, and was awarded the 1995-96 Big 8 Player of the Year. His jersey number was retired by the University and hung onto the rafters of Allen Fieldhouse on December 31, 2002.

“That was the start of my adulthood. It taught me how to time manage to be responsible for myself and lead me to playing in the NBA because of my time there… I still love the University,” Vaughn said.

When asked about the University of Kansas, the Los Angeles native only had fond memories to share. He mentioned getting away from his family and home in California, including experiencing snow for the first time.

During his off time as head coach for the Brooklyn Nets, Vaughn spends his time writing poetry. In his time as a student at KU, he exemplified a true scholar-athlete as the 1997 GTE Academic All-American of the Year would amass a 3.72 grade point average in his four years as a student. Vaughn had the opportunity to go pro following his junior year but decided to return his last year to graduate and earn his bachelor’s degree in business administration.

“[Poetry] is something that has been good for me. I love reading and love just getting better,” said Vaughn.

In less than half a season, Vaughn has recalibrated one of the league’s most talented teams and has found the chemistry that could possibly win an NBA Title. He continues to spread his high basketball IQ to others, improving his team’s game one game at a time. He’s another proud Jayhawk admirably representing the University of Kansas in the National Basketball Association.