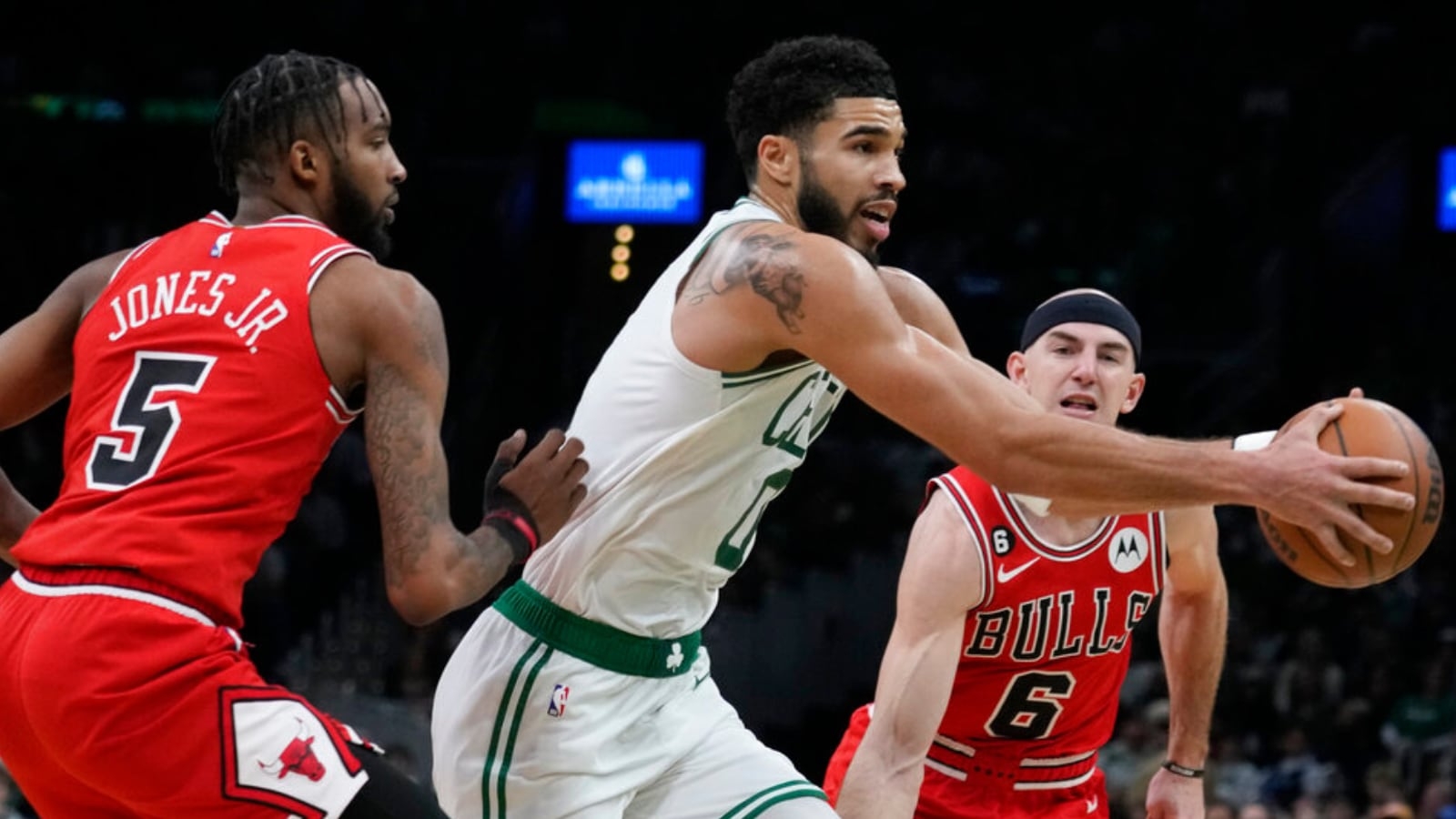 Jayson Tatum scored 32 points to help the Boston Celtics hold off the determined Chicago Bulls on Monday and reach the midway point of their NBA season with the best record in the league.

The Celtics pushed their record to 29-12 after their first 41 games of the 82-game campaign.

Meanwhile Denver and Memphis remained neck and neck atop the West, the Nuggets beating the short-handed Los Angeles Lakers 122-109 and the Grizzlies downing the San Antonio Spurs 121-113.

Boston, who were stunned by the Oklahoma City Thunder and had to fight to hold off the rebuilding Spurs on their recent road trip, again let a big lead slip but managed to hold on.

After Chicago star DeMar DeRozan departed with a thigh injury in the third quarter the Celtics stretched their lead to as many as 16 thanks to a strong offensive showing from Tatum.

But the Bulls, with Zach LaVine scoring 15 of his 27 points in the fourth quarter, sliced the deficit to two points in the closing minutes.

Horford’s three-pointer, off a feed from Tatum, pushed the lead back to five points with 25.5 seconds left and after LaVine missed a three-pointer Tatum threw down a two-handed dunk, drawing a foul and making the free-throw as Boston clinched the win.

“It’s all about trusting your teammates,” Tatum said of the pass to Horford as he himself was double-teamed. “Al made a big-time shot.”

Tatum said that despite Chicago’s modest 19-22 record it was a good win.

In Memphis, the Grizzlies were without top scorer Ja Morant for a second straight game because of a sore right thigh.

But with 24 points from stand-in Tyus Jones and 16 from Jaren Jackson they snuffed out a late Spurs charge.

Tre Jones, Tyus’s brother, led San Antonio with 18 points and Josh Richardson scored 16 for the Spurs, who trailed by as many as 16 in the first half.

After trimming the deficit in the third quarter the Spurs twice took the lead early in the fourth.

They were up by five on Richardson’s tip-in with 9:19 to play but the Grizzlies managed to turn the tide and pull away, improving to 27-13 for the season.

That’s the same record as the Nuggets, whose two-time reigning NBA Most Valuable Player Nikola Jokic posted his 11th triple-double of the season with 14 points, 11 rebounds and 16 assists in their victory over the Lakers.

Jokic was a perfect five-for-five from the floor. Jamal Murray, who missed all of last season with a torn knee ligament, scored a season-high 34 points for the Nuggets, who have won 11 straight at home.

Giannis Antetokounmpo and the Milwaukee Bucks rallied for a 111-107 victory over the Knicks in New York, erasing a 17-point deficit to end the Knicks’ four-game winning streak.

The Knicks did a good job of containing Antetokounmpo, who led the Bucks with 22 points, 10 rebounds and five assists.

But seven Milwaukee players scored in double figures and the Bucks drained 19 three-pointers — 12 of them in the second half.

Brook Lopez scored 17 for Milwaukee and Joe Ingles added 17 off the bench.