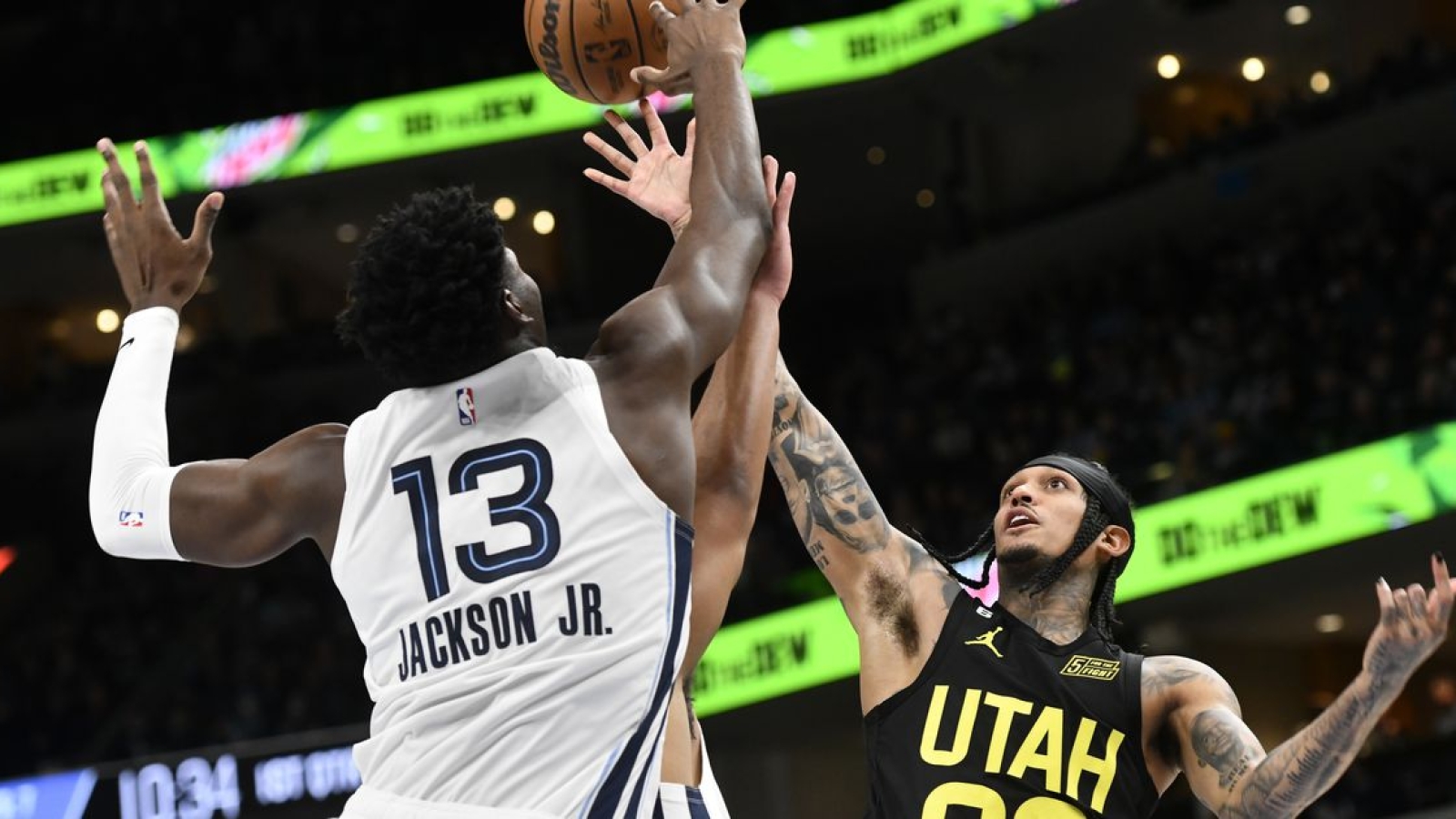 The Jazz’s last game against the Chicago Bulls was finished 19 hours and 35 minutes before they started tonight’s game against the Memphis Grizzlies. They left Chicago’s Midway airport at about 11:15 p.m., landing in Memphis at about 1 a.m. Then, they had to get to their hotels, check in, and sleep, to get ready for today’s 4 p.m. MT tip. Generally, players get to the arena 2-3 hours before tip time to warm up.

All of that still happens in a quick turnaround like this, but it happens in the in-between spaces, and probably not at peak efficacy. The team can’t schedule a game-day shootaround to fully prepare for what the Grizzlies run. Players and coaches can try to watch some film on the plane, but it’s going to be a somewhat janky experience. And of course, player muscles are going to simply not operate at peak performance, let alone brains.

I understand that no one feels sorry for NBA players. They’re millionaires. They get to play a game for a living. It is a truly awesome lifestyle they’re able to lead.

But I feel sorry for the fans, who should be able to watch players at their peak performance. This game turned out to be an okay watch, but it was undoubtedly sloppy. The turnovers were numerous. Kelly Olynyk’s ankle gave out on a late-game drive. Jordan Clarkson tried to fight a dude for no obvious, apparent reason. It certainly wasn’t the best of what the NBA can be.

In our current setup, which features games like this, it’s scientifically impossible for the Jazz to perform at their best.

At the turn of the year, I asked my followers on Twitter this:

Question of the Day:

Imagine you were designing the NBA, starting from scratch. How many games would you say each team should play in the regular season?

Click through that tweet and read the responses. The vast majority suggested that the NBA adopt a schedule with between 50 and 70 games — a schedule that would eliminate back-to-back games like this one.

I understand that it’s not easy to figure out the economics, and that the current model and tradition dictates an 82-game schedule. But I think to end the conversation there is just shortsighted, that the league shouldn’t be afraid to get creative about how it approaches these problems moving forward. (In particular: even with a reduced schedule, the biggest revenue source for the league shouldn’t be impacted: the same number of games could be put on national TV. With regional network TV money disappearing, now might be a good time to make a switch anyway.)

As I was preparing for this game, I made a note to watch Walker Kessler, because I was a little concerned that he was hitting a rookie wall.

In general, he hadn’t necessarily been a standout in the last few games. He played only 13 minutes on Saturday night, his lowest minute total since November. He was still a presence, but didn’t demand to be on the court like he had in December, earning 25-30 minutes per night. Add the back-to-back nature of the game, and I thought it might be a game in which he showed fatigue.

And then he came out and had five blocks in the first quarter of play. Whoops!

Like Rudy Gobert, Kessler can make up for the weaknesses and mistakes by his teammates. Dillon Brooks just drives by Rudy Gay here — not a huge surprise — but Kessler is able to play two well enough to come over to get the block.

This next one was the best block of the bunch, I thought. Kessler is running back in transition, and needs to be ready to help on the mismatch down low while also being aware of his man in transition, John Konchar. He recovers to close out the three, Konchar attacks the closeout, and Kessler’s able to shift his momentum back towards the paint to get the highlight-reel block.

And then Gay falls asleep, doesn’t box out, and gets dunked on. Veteran leadership at its finest.

Like Rudy Gobert, Kessler needs the help of his teammates sometimes too.

Blocks are always going to be an opponent-dependent stat, though — you need the other team to take shots around you if you’re going to get blocks — and so Kessler only had one more block for the rest of the game. Personally, I was rooting for the triple double with blocks, but no dice.

Still, it’s a good performance by Kessler, I thought. To wit: no NBA player has gotten at least six blocks in fewer minutes this season.

He’s a definite long-term keeper and soon-to-be starter for this Jazz team.

Here’s how Kelly Olynyk’s play has changed month by month.

So, about the same playing time each month. What stands out?

• Obviously, the 3-point shooting has declined. That makes sense, as no one is a 57% 3-point shooter. Olynyk is a career 36% 3-point shooter, so we should expect somewhere in between the November and December results on average.

• He hasn’t gotten to the free-throw line hardly at all in January, which he needs in order to be an efficient scorer.

• Too many fouls in general, but especially in October and January.

And overall, when Kelly Olynyk is a less effective player, the Jazz are a less effective team. And as I look at his career stats, I think he can be a better rebounder, and a less turnover-prone player than he has been recently. He handles the ball quite a lot, but five is still too many turnovers tonight, for example, and I thought it cost them in that second quarter, especially.