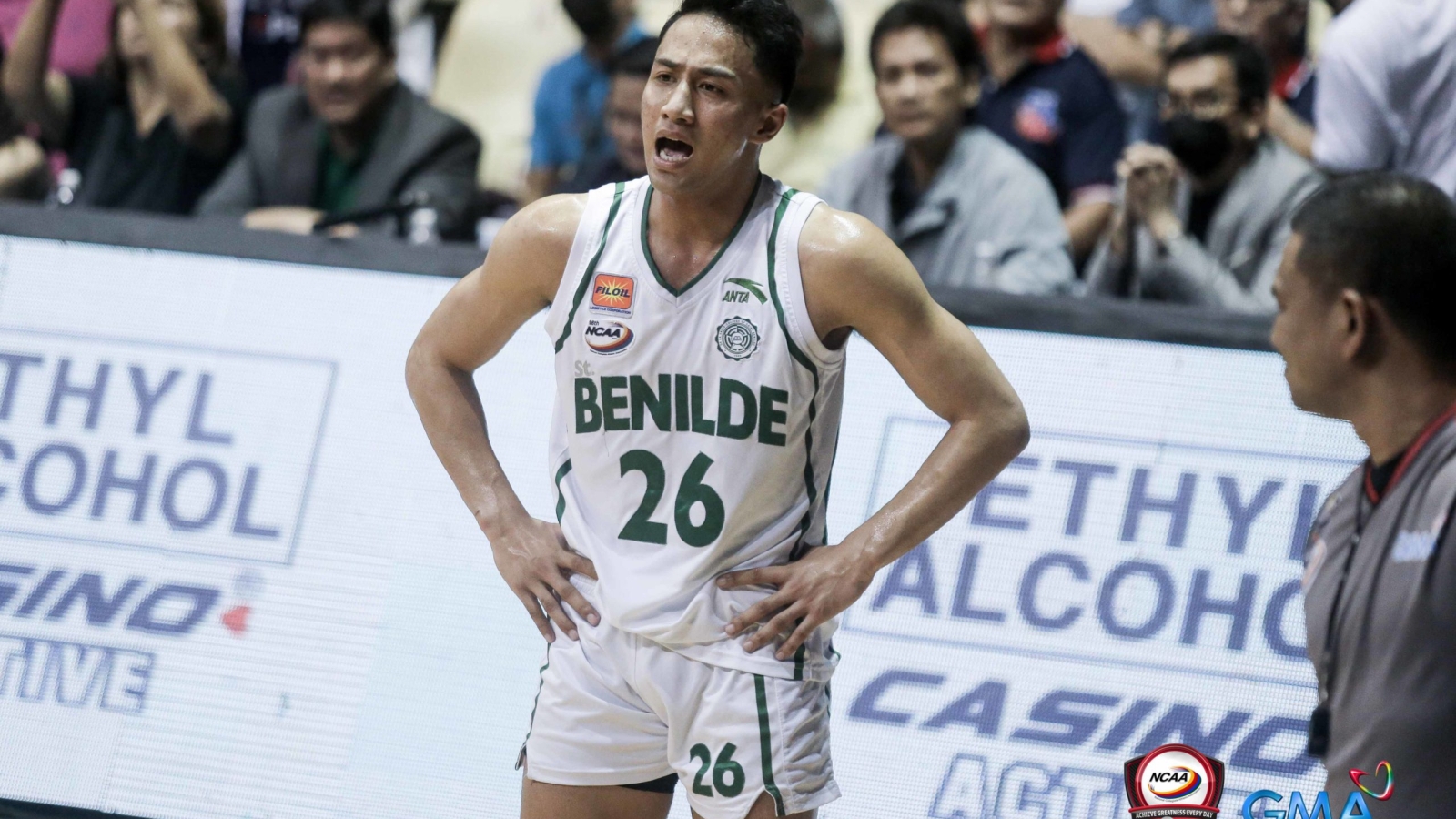 MANILA, Philippines—College of St. Benilde may have its main gunners back for next season but coach Charles Tiu believes the Blazers will have a huge hole to fill with the departure of point guard JC Cullar.

Cullar, who was the captain of Benilde’s finals run in the recently-concluded NCAA Season 98, will be sorely missed by the Blazer in Season 99 after already exhausting all of his playing years.

“Without JC we wouldn’t be here. He’s the leader, the one that sets the tone and the culture here. He’s the biggest loss for me,” Tiu said after Benilde bowed to Letran, 81-67, in Game 3 of the Finals on Sunday.

Cullar averaged 5.5 points, 3.7 rebounds and 4.5 assists in his final season while also doing the intangibles.

With Cullar gone, Tiu challenged his other guards to rise to the occasion.

“Somebody will have to step up. We’re short on the point guard spot,” Tiu said.

Aside from Cullar, Jimboy Pasturan won’t be back as well due to graduation.

Tiu mentioned Ray Carlos and Joshua Cajucom as the players he expects to step up the most.