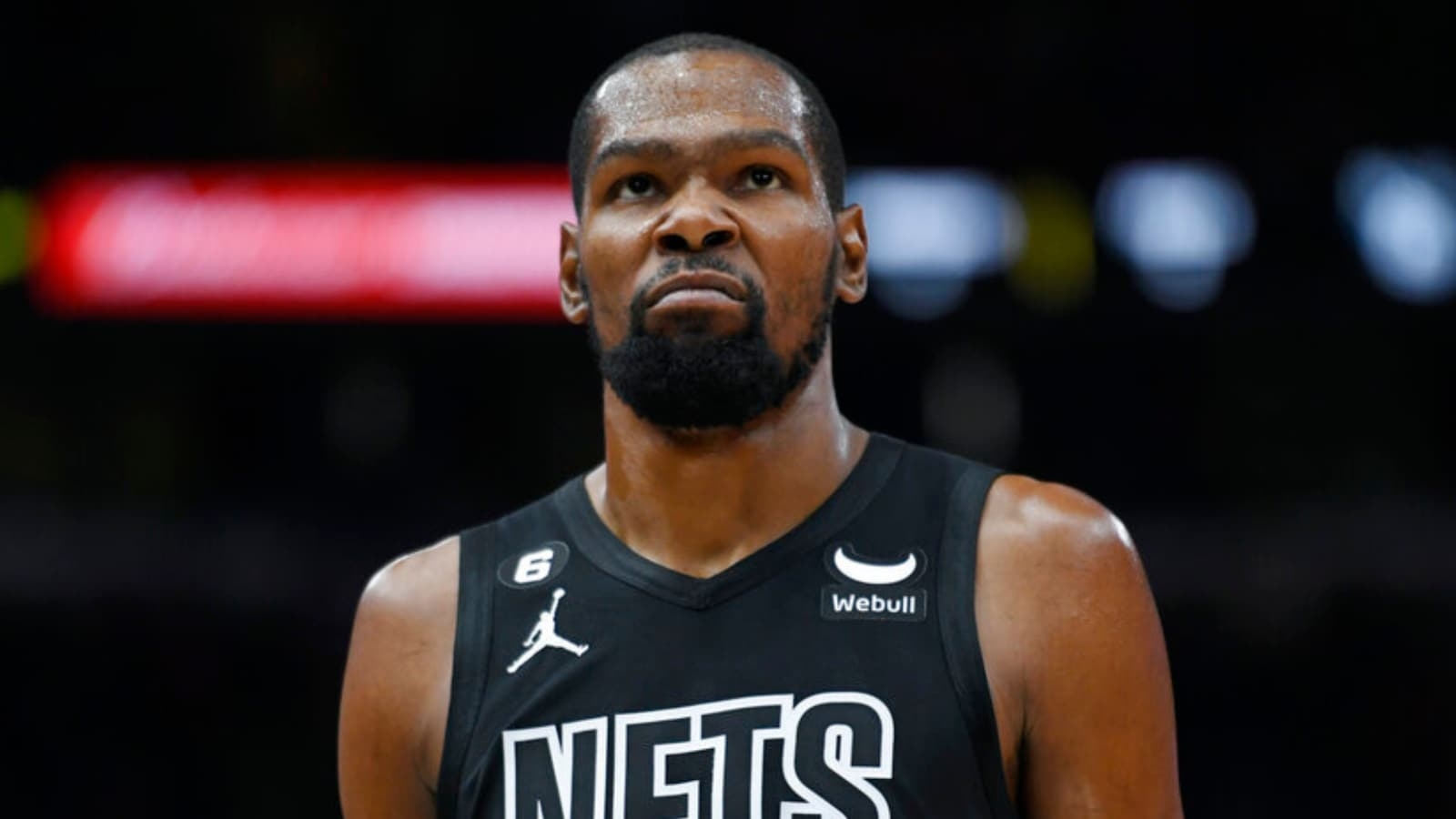 Kevin Durant scored 33 points and Kyrie Irving turned it on late in the game as the Brooklyn Nets beat the New Orleans Pelicans 108-102 on Friday.

The Nets, who had seen their 12-game NBA winning streak end at Chicago on Wednesday, trailed 64-53 at half-time but got a grip on the contest in the third quarter.

Durant also grabbed 10 rebounds, the 111th time in his career he has combined 30-plus points with double-figure rebounds.

The Pelicans were without their two star performers with Zion Williamson and Brandon Ingram both still sidelined with injuries, but they delivered an aggressive performance in what was an intense encounter.

New Orleans made a strong start, taking a 10-point lead in the first quarter after a fine three-pointer from Naji Marshall and they then started the second quarter with a 13-1 run.

But the Nets grew into the game and outscored the Pelicans 35-21 in the third quarter and Irving, who scored 19 points, made a 30-foot three-point jumper with 43 seconds remaining to make it 106-100 before putting away two free throws to secure the win.

“It was a tale of two halves, even though we didn’t get our shots to fire early on, or throughout the whole game, we just kept on pushing, it was a solid win for us,” said Durant.

Brooklyn improve to 26-13 while the Pelicans are 24-15 after their fifth loss on home court this season.

The Charlotte Hornets equalled the NBA record for the most point in the opening quarter of game when they put up 51 against the Milwaukee Bucks.

The haul matched the record set by the Golden State Warriors against the Denver Nuggets in 2019.

The Hornets, bottom of the standings in the East, ran out 138-109 winners against the second-placed Bucks.

Terry Rozier had a season-high 39 points for the Hornets while the normally free-scoring Giannis Antetokounmpo, who was averaging 32.7 points per game, was restricted to just nine.

Bucks head coach Mike Budenholzer said he was concerned about some common threads in several of their defeats this season.

“We haven’t matched what it takes to be competitive in an NBA game on multiple occasions now and it’s concerning,” he said.

The Los Angeles Lakers have their first four-game winning streak of the season thanks to a 130-114 victory home victory over the Atlanta Hawks.

Kendrick Nunn added 23 points off the bench and Dennis Schroder scored 21 for the Lakers, who are still without injured star Anthony Davis.

In Denver, Nikola Jokic put together his league-leading 10th triple-double of the season, scoring 28 points with 15 rebounds and 10 assists in a 121-108 victory over the Cleveland Cavaliers.

The Western Conference-leading Nuggets have won nine of their last 10 games.

The Philadelphia 76ers’ streak of 11 straight home wins came to an end with a 126-112 loss to the Chicago Bulls, who were powered by the three-point shooting of Zach LaVine.

LaVine made 11 of 13 three-pointers and scored 41 points while Nikola Vucevic had a 19-point, 18-rebound, 10-assist, triple-double.

The 76ers were without key man Joel Embiid, who missed his second consecutive game with a sore left foot as their 12-game winning streak against the Bulls ended.

The New York Knicks won their fourth straight game with a 112-108 win at the Toronto Raptors with Julius Randle producing 32 points and 11 rebounds.

“He’s playing really well, he’s playing with confidence,” Knicks point guard Jalen Brunson said. “It’s awesome to see how he bounced back. He still has a lot more to prove. Not just to everyone else, but to himself because has a whole other level he can unleash.”