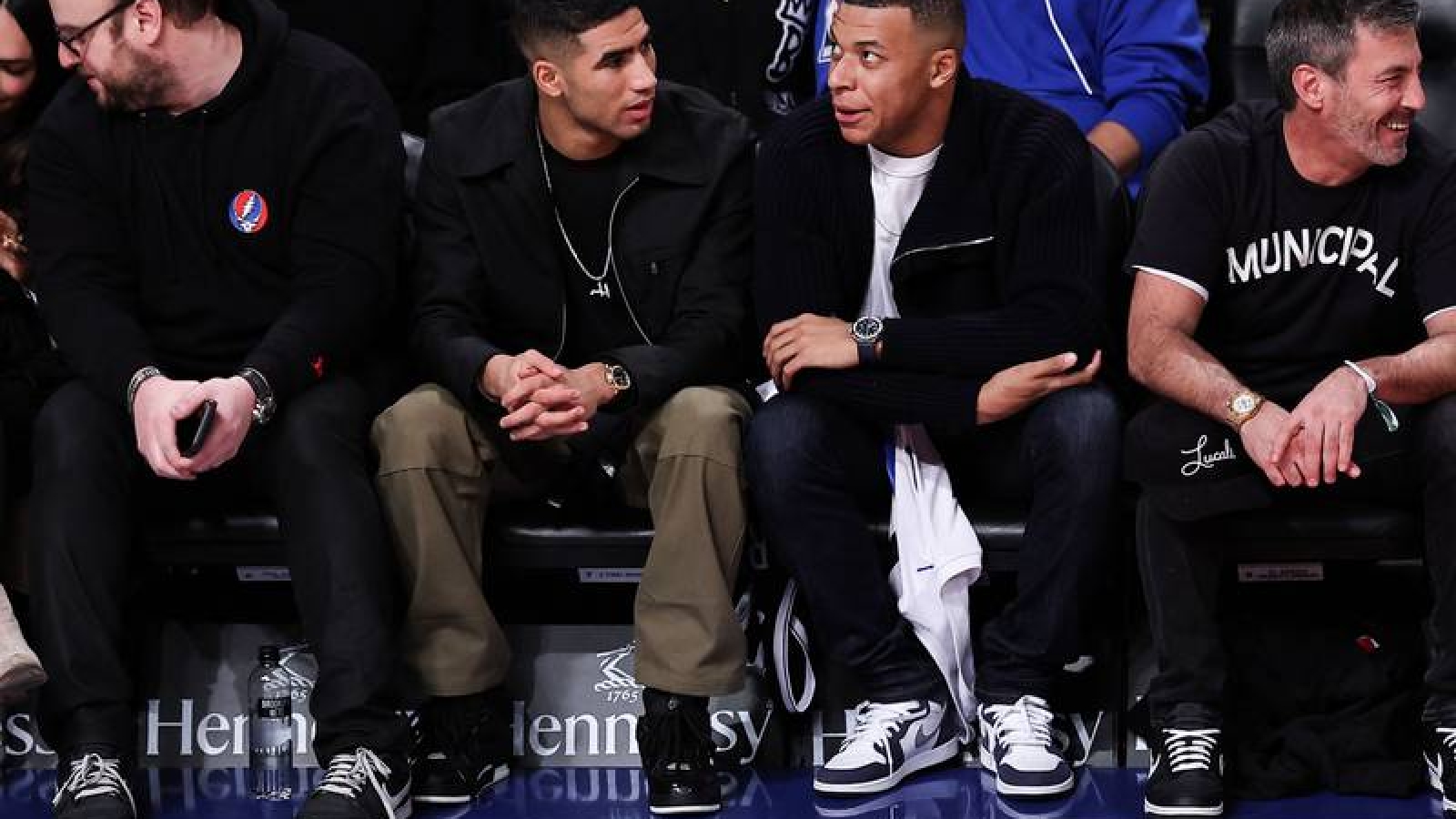 Ammon News – Kylian Mbappe probably needed a bit of a breather after a difficult few weeks on the field and he got it in the form of courtside seats during an NBA game in New York.

Paris Saint-Germain star Mbappe and teammate Achraf Hakimi were at the Barclays Centre in Brooklyn on Monday to watch the game between the Brooklyn Nets and the San Antonio Spurs.

In the match, the Nets pushed their winning streak to 12 games with a 139-103 win. Kyrie Irving scored 27 points in the victory while Kevin Durant added 25 points and 11 assists for the Nets, who remain unbeaten since a home loss to the Boston Celtics on December 4 and moved within two of matching the longest winning streak in team history.

Mbappe was seen enjoying the game, which was a nice break from some tough moments on the pitch. The France star could only watch as Lionel Messi’s Argentina lifted the World Cup trophy in Qatar last month after an electric final where the 24-year-old himself dazzled with a stunning hat-trick.

Mbappe has not taken a break following the heartbreak in Qatar, returning to training at PSG just three days after the disappointment of losing the World Cup final.

However, his presence in the PSG team still wasn’t enough as the Parisians lost for the first time in any competition since March 20 last year, when they were defeated 3-1 at Lens on Sunday.

At Lens, PSG were without Messi and suspended Brazilian Neymar, but Mbappe, the Golden Boot winner in Qatar, received a great welcome from fans as he warmed up.