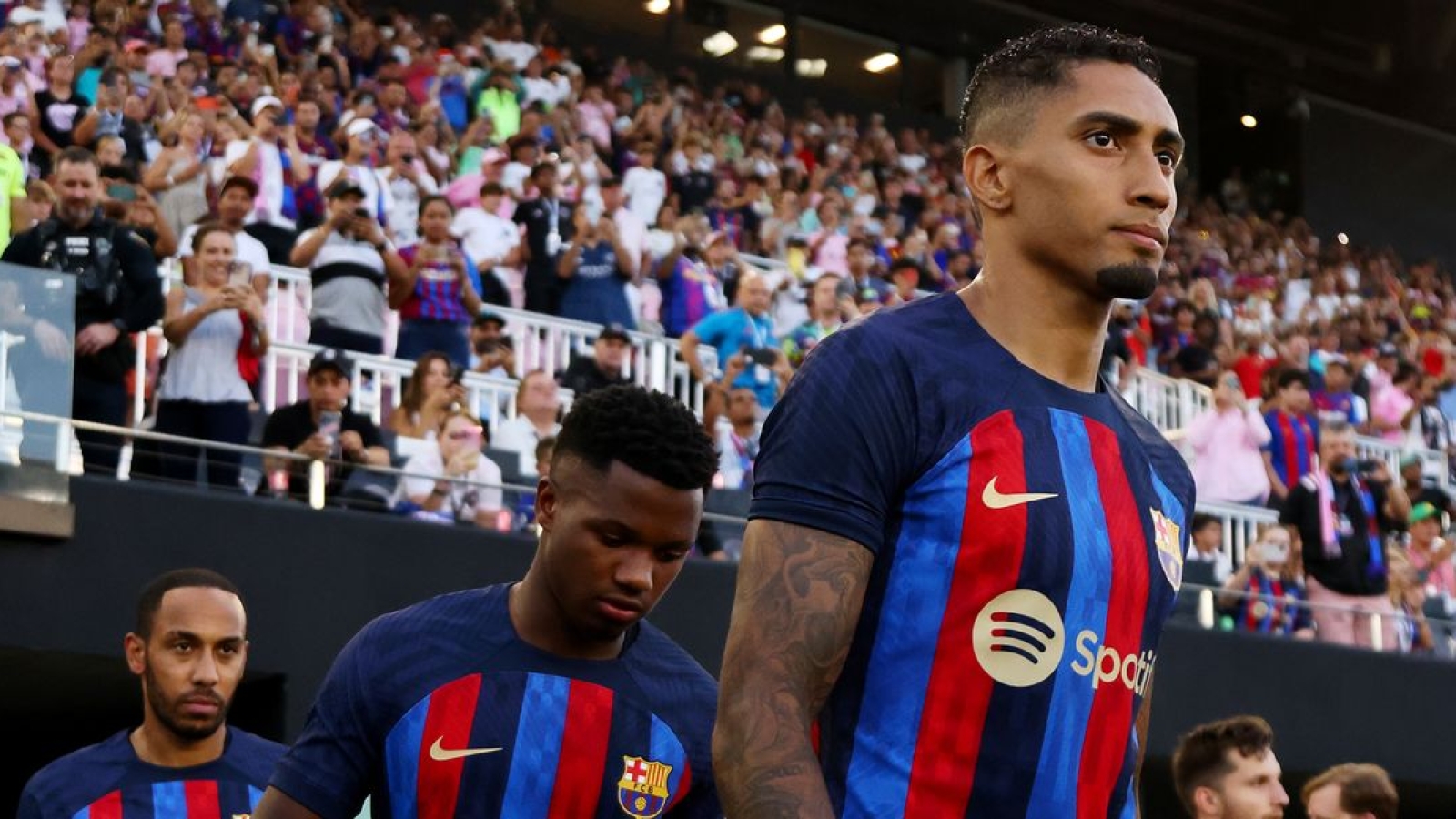 The La Liga 2022/2023 season is about to get underway again after the winter break.

UEFA Champions League winners Real Madrid are reigning La Liga champions, having secured their 35th(!) top-flight Spanish league title last time out. But it’s Barcelona who top the table as things get started after the World Cup, with a slender two-point lead over Real.

Raphinha and Robert Lewandowski are among the players who’ve moved to Barcelona in the summer transfer window. Meanwhile, there have been high-profile departures out of La Liga too – for example Gareth Bale, who has left Real Madrid for Los Angeles FC.

Here’s how you can tune into all the action this season live in the UK.

If statistics are your thing, then the official La Liga website has got you covered with the league table, results, the upcoming fixture schedule and so on. And if that isn’t enough info for you, then dive into the dedicated ‘Statistics’ tab where you can browse tables of the top scorers, top number of assists, passes, saves and even mini league tables for yellow and red cards. You’ll be an expert in no time.

In line with many European leagues, La Liga paused for the World Cup on November 9 and starts up again on New Year’s Eve, December 31 – a few days later than the Premier League‘s resumption on December 26.

The final round of fixtures for the 2022/23 season are due to be played on June 4, which is also the final scheduled day of the season for Italy’s top men’s football division, Serie A.

La Liga – how to watch live online in the UK

La Liga matches in the UK are available to watch on LaLiga TV. The channel made its own big-name signing for the 2021/22 season in the form of Gary Lineker, who hosts coverage alongside pundits such as Gaizka Mendieta, Aitor Karanka and Gus Poyet. Gary, who played for Barcelona in the mid-to-late 1980s, said he was “thrilled” to join the channel and added he was a regular viewer, too.

LaLiga TV can be streamed online through Amazon Prime Video. It costs £7.99 per month to add the channel to your Prime Video package, after which you’ll be able to watch the games live in addition to full analysis and interviews.

Bear in mind, you’ll need to subscribe to Amazon Prime first, which costs £8.99 per month (or £95/year) and allows you to access the full Prime Video library, live sports coverage including Amazon’s allocated Premier League fixtures (around 20 per season), and free next-day delivery on thousands of items. And if you’ve not signed up for Prime before, you can take advantage of a 30-day free trial period.

Amazon Prime Video has also got plenty of other Spanish football content to watch, including an original documentary dedicated to former Real captain Sergio Ramos (now with Ligue 1 side Paris Saint-Germain), and Six Dreams, a fly-on-the-wall look at La Liga through six different clubs.

It also broadcasts selected Premier League football games, as well as Autumn Nations Cup international rugby union, ATP World Tour tennis events including the US Open, and NFL games. And you can watch tournaments like the Australian Open via the Eurosport Player add-on.

Premier was recently taken over by growing streamer Viaplay in a deal said to be worth around £30 million. Viaplay launched its UK service this autumn, including rebranding of Premier Sports platforms. It has secured the rights to stream Scottish, Welsh and Northern Irish men’s national football team games including their qualifiers for the 2026 World Cup and Euro 2028.

Viaplay offers two streaming packages, and its sports coverage is available via Viaplay Total, priced at £14.99 per month on a rolling basis, or £11.99 if you agree to a minimum 12 months through Viaplay Total Annual.

Finding My Own Rhythm: My Story by Motsi Mabuse

PS5 bundle with FIFA 23 and white DualSense controller with case

Doctor Who: The Power of the Doctor

50 Years of Emmerdale by Tom Parfitt