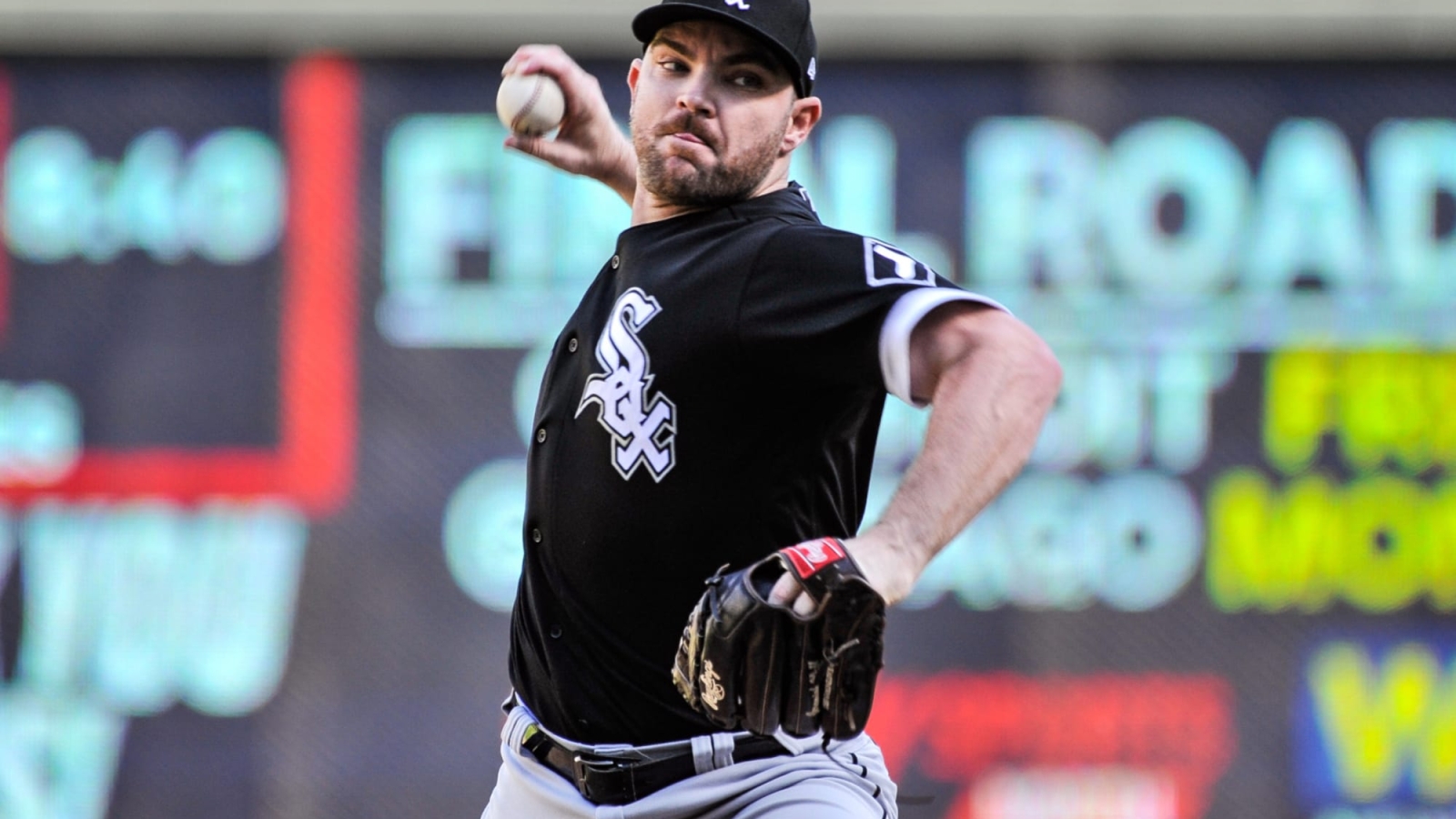 The thoughts of the baseball world were with Liam Hendriks after the White Sox closer announced he has been diagnosed with Non-Hodgkin’s Lymphoma.

Liam Hendriks has battled through 12 seasons as a pitcher in the major leagues. Now he has a different kind of battle on his hands.

The All-Star closer announced on Sunday that he has been diagnosed with Non-Hodgkin’s Lymphoma, a form of cancer, and will begin treatment on Monday.

“As a professional athlete, I have always been mindful to try and use my position in the public eye to the most positive ends possible by shining a light on causes or issues that touch close to home for myself, my wife and my family. It is in that spirit that I want to share some personal health news I have learned in the past few days, and do so on my own terms.

“Recently I was diagnosed with Non-Hodgkin’s Lymphoma. Hearing the word ‘Cancer’ came as a shock to my wife and I, as it does to millions of families each year. However, I am resolved to embrace the fight and overcome this new challenge with the same determination I have used when facing other obstacles in my life.

“My treatment begins tomorrow, and I am confident that I will make a full recovery and be back on the mound as soon as possible. I know with the support of my wife, my family, my teammates and the Chicago White Sox organization, along with the treatment and case from my doctors, I will get through this.”

Immediately, the MLB community came together to wish the White Sox pitcher a speedy recovery.

Earlier Sunday evening, Liam Hendriks announced he is beginning treatment tomorrow for Non-Hodgkin’s Lymphoma. We’re all with you, Liam! 💚 pic.twitter.com/iLF1IpByp5

It’s nice when players who are on your team are easy to root for. I’m not sure anyone has ever exemplified that more than Liam Hendriks. I’m proud he plays for the White Sox. This news truly sucks. https://t.co/wxMWSRF5dq

I am saying a prayer tonight for Liam Hendriks.

Prayers with Liam Hendriks, who has been a light for so many people in and around the baseball family. Now it’s our turn to support him. ❤️ https://t.co/HmL5QgTtdm

Liam Hendriks is one of my favorite Sox players in recent memory. He has been worth every penny of his contract on the field, and more importantly, seems like a genuinely good person too. Really hoping they caught this early. I hate cancer.

Liam Hendriks is one of the brightest, most caring and enlightening members of the White Sox we have ever seen don the black and white.

If there is anyone with the demeanor and strength to get through this, it’s Liam. We are #TeamLiam 4ever

“Our thoughts and reactions at this time are for Liam the person, not Liam the baseball player. I know the entire Chicago White Sox organization, our staff, his teammates, and certainly White Sox fans, will rally in support of Liam and Kristi during the coming months. Knowing everyone involved, especially Liam, we are optimistic he will pitch again for the White Sox as soon as viable. In the meantime, we all will do everything in our power to support our teammate and his family as they face this challenge, while also respecting their privacy.

“We do not expect to have any updates on Liam’s playing status prior to Opening Day at the very earliest.”

Hahn pretty much hit the nail on the head. Right now, Hendriks’ status as a human being is more important than as a pitcher.

The time will come to figure out what this means for the White Sox and their pitching staff going into the 2023 season. For now, sending thoughts and strength to Henriks and his family has to take precedence.