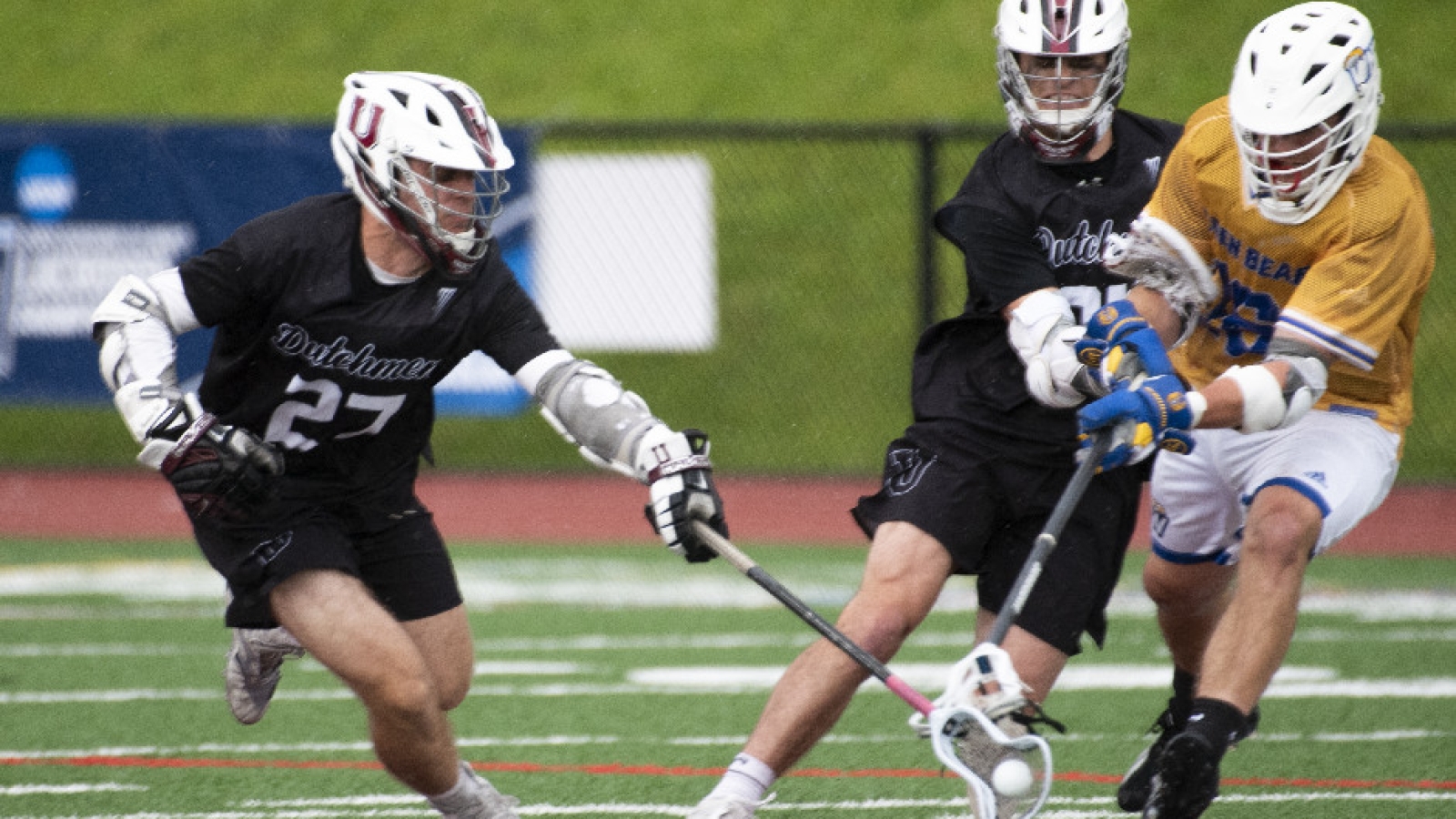 It’s a basic rule. The fastest cars need to be driven, the best violins need to be played and the best ingredients need to go in the finest meals.

Union men’s lacrosse coach Derek Witheford knew the frustration of having talented players that couldn’t show their skill over the course of a full season, both in 2020 and 2021, due to coronavirus restrictions. In 2020, the Dutchmen went 4-1 before the season was canceled, and in 2021, playing a limited schedule, they went 5-3, including two losses to No. 1-ranked RIT by a combined three goals. RIT went on to win the national championship

But in 2022, good fortune allowed the Dutchmen to show what they had. Led by several fifth-year seniors that chose to remain at Union after being given another year to play by the NCAA due to the pandemic, the Dutchmen set a program record with 18 victories, and won NCAA Division III Tournament quarterfinal and semifinal games for the first time ever in reaching the Division III final, which it lost to No. 1 RIT, 12-10.

“I thought our team was very good in 2020 and 2021, so I knew we had potential,” Witheford said recently. “But that doesn’t mean anything once you start playing.”

Union translated its potential to early season wins, topping former national champions Middlebury and Tufts on its way to a 10-0 start before its first loss to RIT, 14-13.

The wins continued until St. Lawrence upset Union 15-9 in the Liberty League semifinals. Despite that, Union’s resume was strong enough that it was selected as a second-and third-round host. In front of sizable crowds – including one that had to wait out a weather delay in the third round – the Dutchmen defeated John Carroll, 14-7, and Western New England, 21-11.

Union then had a nip-and-tuck battle with Gettysburg in the quarterfinals before Keaton McCann’s go-ahead goal with 9 seconds left gave it a 14-13 win. The Dutchmen then beat York 11-8 in the semifinals to reach their first national championship game.

“We had a couple breaks,” Witheford said. “We got a couple big wins, got lucky waiting out some weather delays and we survived a couple and advanced.”

In the championship, in front of a large Union crowd at Rentschler Field in Hartford, Connecticut, Union took a 7-4 halftime lead against its nemesis, but a strong second half by the Tigers was too much to overcome.

“People said it was the best following they’d ever seen in the Division III final and rivaled some of the D2 and D1 games,” Witheford said of Union’s support in Hartford. “That was set in motion 13 years ago by Paul Wehrum. I’m just trying to keep it going. We like the direction the program is going in.”

“I’m just grateful for that,” Witheford said of his seniors. “A lot of stuff is player-driven in Division III. That group was unique.”

More from The Daily Gazette: