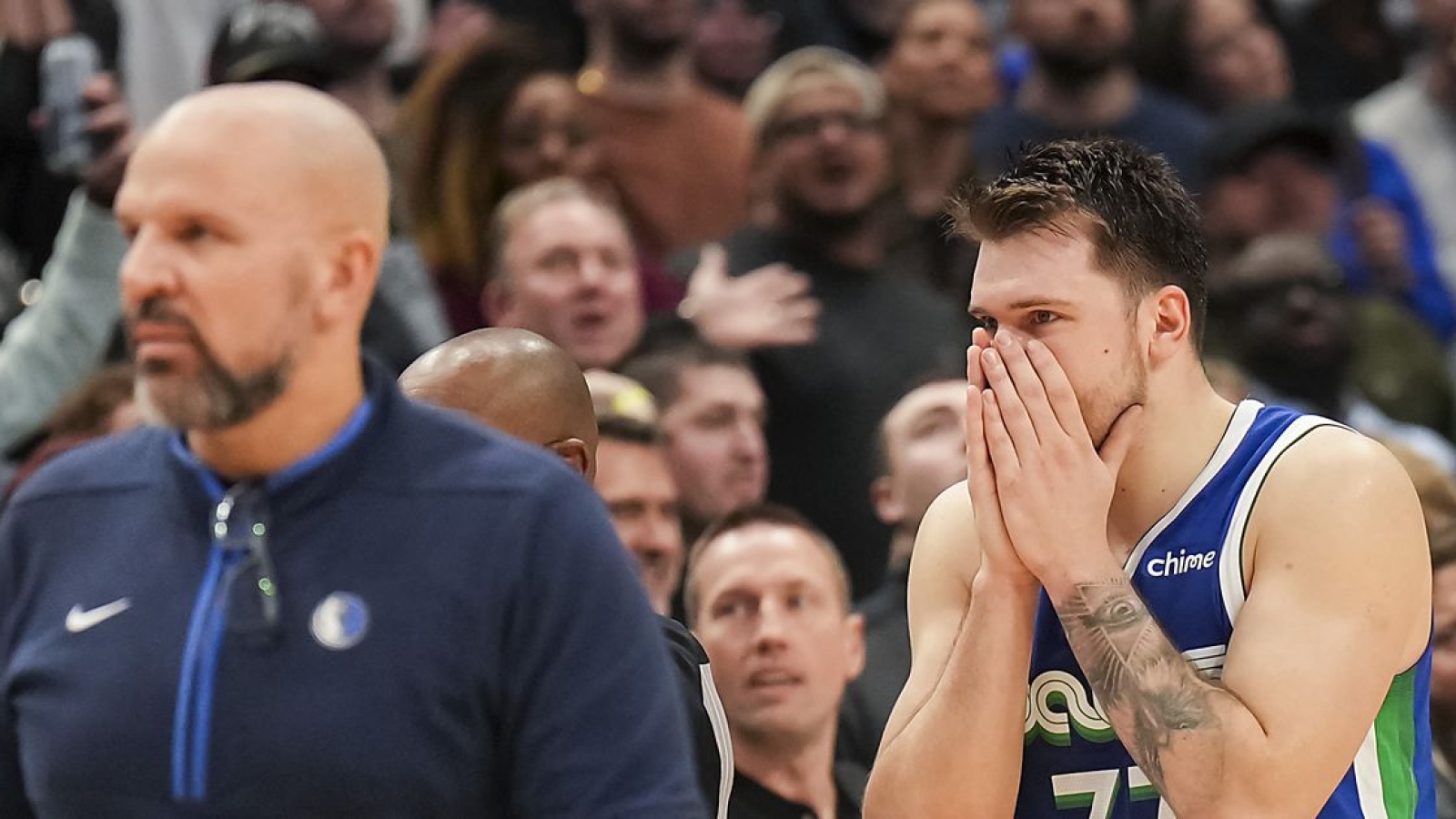 Wearing a black sweatshirt, a neon orange vest and a glowering expression many Mavericks fans can identify with, Luka Doncic plopped down at a table for his postgame interview Tuesday night and addressed the one statistic that showcases his frustration most.

A few minutes into the third quarter of the loss to the Wizards, officials whistled Doncic for a technical foul, his second in as many games and 11th of this season.

Did you get an explanation for the call?

“I don’t think I deserved them,” Doncic said. “I heard the same exact thing that I said, somebody else said [and got] no tech, so I don’t get that. I don’t deserve those.”

What did you say?

”It doesn’t matter what I said.”

Do you keep track, now being five techs from the NBA’s one-game suspension mark for 16 in the regular season — with 33 games remaining?

“I don’t know. I’m focused on winning right now, so just keep my mind on winning.”

Make that the sentiment from all the Mavericks, who didn’t mask their disappointment after a seventh loss in nine games.

But they have little time to sulk with two crucial Western Conference road games, starting Thursday night against the Phoenix Suns on national TV, the NBA’s Feb. 9 trade deadline looming, and unrelenting speculation about the urgency to upgrade the roster around Doncic.

“Just not getting the wins. That’s it for me. Just let a couple games go,” Doncic said, fidgeting with his hands when asked about his frustration during the Mavericks’ 4-8 tumble through January. “We just got to think. You’ve got another game. You’ve got to watch video and just get things right.”

Doncic might want adjustments to also include consistency from officials.

Though he didn’t appear demonstrative in the scenarios that prompted whistles Sunday in the loss to the Clippers and again against Washington, his barking in disagreement with no-calls underscores simmering grievances.

Which Mavericks draft picks are available for trades to upgrade roster around Luka Doncic?

If he remains healthy, Doncic is on pace to reach 16 on March 13 against the Grizzlies — 10 games before the Mavericks’ regular-season ends — or, if continues to rest the second night of back to backs, March 17 against the Lakers.

Doncic avoided a suspension last season when the NBA rescinded what would’ve been his 16th in the second-to-last regular season game.

Perhaps the Mavericks’ torrid success to finish the 2021-22 regular-season with a 36-12 record helped placate Doncic’s outbursts. After recording 12 techs before the mid-February All-Star break, he drew just three (that the NBA upheld) over a two-month span before the playoffs.

Their defensive rating ranks 26th in the league (115.1 points per 100 possessions), better than only the four teams with the NBA’s worst records.

Their clutch free-throw shooting remained the worst in the league (65.6% in the last five minutes of games within five points) after Doncic missed a go-ahead foul shot with 12.5 seconds remaining Tuesday.

The healthy returns of Dorian Finney-Smith and Josh Green haven’t settled the defense, and Maxi Kleber’s hope to return from mid-December hamstring surgery before the All-Star break doesn’t appear likely to be the fix-all answer for the lapses.

Whether the front office makes a trade or not, a turnaround push before the All-Star break would help.

“Frustration … framed in terms of like a spiral — I don’t see that,” Spencer Dinwiddie said. “This is one of the highest-character, more close-knit teams I’ve been a part of. … As far as the frustration and disappointment in ourselves, we can all look in the mirror and with that same maturity, recognize we’re not doing our jobs at the level that we’re capable of.”