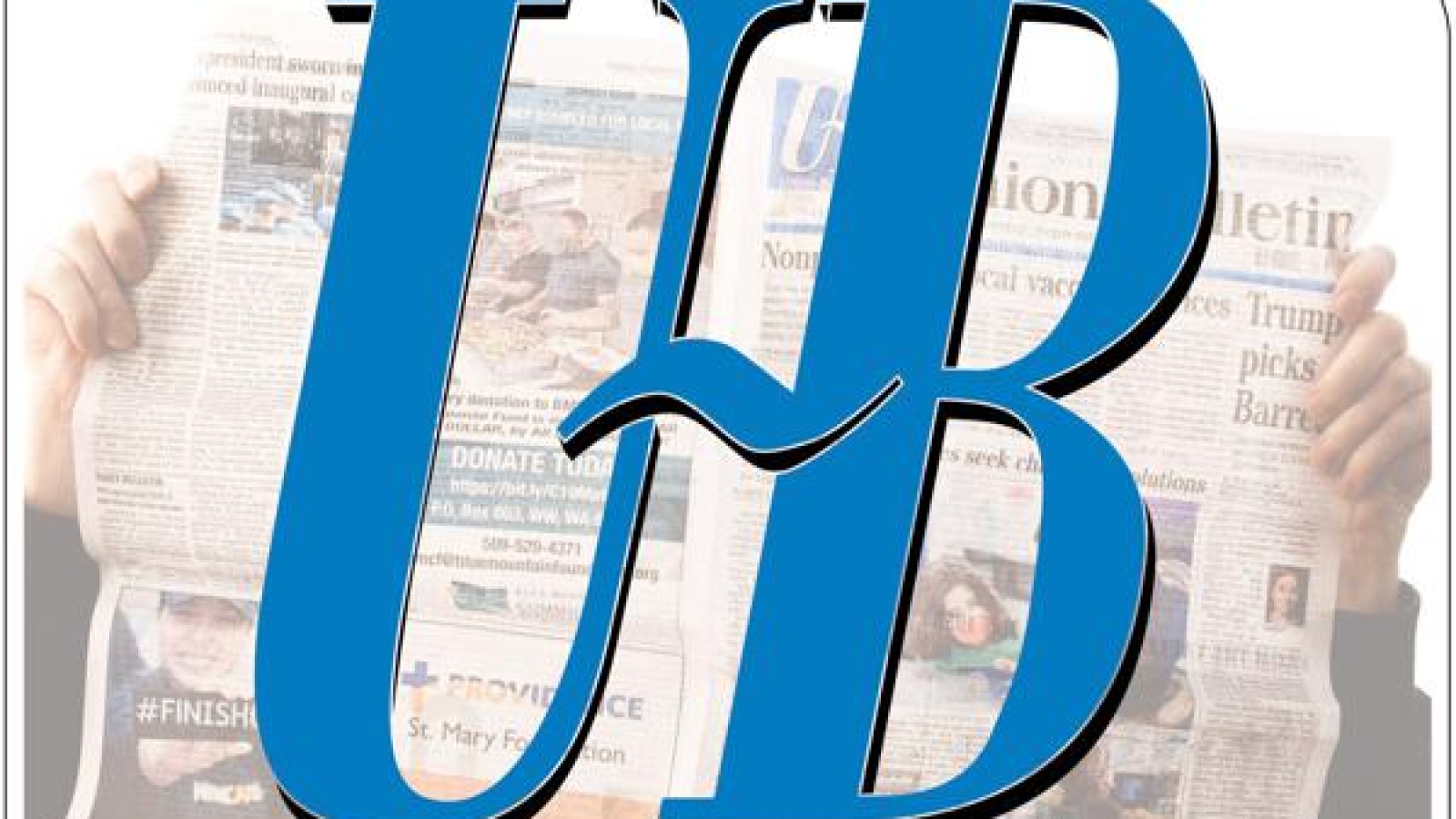 Dec. 17—Way back in 1990, San Francisco Giants general manager Al Rosen raged that MLB was headed for “Armageddon” based on the outrageous free-agent contracts being handed out. What really piqued Rosen’s ire was the four-year, $10 million contract given to middling left-handed pitcher Bud Black (given to him by Rosen, it must be pointed out).

Eight years later, Sandy Alderson sat quietly in the back of the room, fuming, during a news conference at the winter meetings announcing pitcher Kevin Brown’s seven-year, $105 million deal with the Dodgers — unimaginable numbers that stunned the industry.

“This is an affront to baseball,” said Alderson, who at the time was an executive vice president of MLB.

Flash forward 20-plus years, and once again skyrocketing free-agent contracts are stunning the industry — as they always seem to do. As Mariners president of baseball operations Jerry Dipoto said at this year’s winter meetings when asked if any deals surprised him, “Yeah, some of them, but that’s the winter meetings. It surprises me for the 21st consecutive year.”

The Mets will have a 2023 payroll north of $300 million. When you throw in what they’ll pay for exceeding the competitive balance tax threshold (known in the industry as “the Steve Cohen tax”), it will likely exceed $400 million. One can only presume that Alderson no longer considers such deals to be an affront to baseball.

But they are presenting a keen challenge to teams who aren’t willing or able to swim in those waters. The winter meetings provided a breathtaking array of massive deals — $1.6 billion worth — mostly fueled by four owners: Cohen, who promised upon taking control of the Mets to operate like an East Coast version of the cash-rich Dodgers; the Phillies’ John Middleton, who once vowed to spend “stupid” money in an effort to keep up with the NL powers — and has fulfilled the promise; the Yankees’ Hal Steinbrenner, who isn’t as reckless as his father but had little choice but to do what it took to retain Aaron Judge (it took nine years and $360 million) and then add on from there; and San Diego’s Peter Seidler, who has shown that he’s willing to go full-bore after any and every big-name player on the market (failing on serious runs for Judge and Carlos Correa this winter but landing shortstop Xander Bogaerts with an eye-popping 11-year, $280 million deal).

Around those four, the likes of the Giants (13 years, $350 million for Correa) and Rangers (five years, $180 million for Jacob deGrom) have stepped up with huge contracts. And then there are the Mariners, who have sat out the free-agent sweepstakes entirely. Nor have they given any indication that they will step up in any significant way later in the offseason.

This approach has a portion of their fan base up in arms, and understandably so. The team built a tremendous amount of interest and goodwill during its playoff run of 2022 and seem on the verge of being a perennial World Series-caliber team, with a little boost. They feel the Mariners have an obligation to be more aggressive in attacking the free-agent market to fill those holes.

The Mariners respond by pointing to two trades (for outfielder Teoscar Hernandez and second baseman Kolten Wong) as well as last year’s trade-deadline acquisition of Luis Castillo, as significant improvements. They also say people aren’t giving enough weight to re-signing Castillo to a five-year, $108 million extension in September and locking up budding superstar Julio Rodriguez with a massive extension (potentially 18 years and $470 million), as well as a five-year extension given shortstop J.P. Crawford on opening day this year.

Dipoto also says the team is girding for huge raises that will soon come due via arbitration to the likes of Logan Gilbert, George Kirby and Cal Raleigh. Unspoken, but suspected throughout the industry, is that the Mariners are also girding for a major run next year at free agent-to-be Shohei Ohtani, who would give them an elite starter and elite bat in one fell swoop — and likely require the largest contract in baseball, or maybe even American sports, history. The Mariners wouldn’t be alone in that pursuit, and there are no guarantees of landing him (as they have already learned).

This seems like an odd time to lean so heavily on fiscal responsibility, when the Mariners’ momentum and championship potential is at a 20-year high. The ballclub had a huge bump in attendance from last season’s playoff run and stand to push 2.5 million fans in 2023 with the All-Star Game at T-Mobile Park (or even 3 million with the right roster additions). The industry is awash in revenue (approaching a record $11 billion in 2022, according to commissioner Rob Manfred). The Mariners have one of the most lucrative TV deals in the sport. Every major-league team is due to receive a $30 million check from MLB’s sale of its BAMtech streaming service to Disney for $900 million.

Not that fiscal responsibility is a bad thing, mind you. Many of those contracts that fans are eyeing enviously will almost certainly burden their team at some point down the line, just as Albert Pujols, Robinson Cano, Stephen Strasburg, Jason Heyward, et al, did. As a Mariners fan, it’s easy to look at the free-agent market in abstract and say they should have dived in full speed ahead. It’s also possible to look at many (most) of the deals individually and say, well, that seems excessive.

The same Al Rosen told me for an article in 1999 how easy it is for a team to get swept up in the signing frenzy.

“A lot of players, you know going in were mistakes; you knew you were paying too much, but you had to stay competitive, you had to let the advertisers and the fan base know you were trying to win,” Rosen said. “You get caught up in it, absolutely.”

On the other hand, it’s the price of doing business, if you want to compete. It’s an ongoing baseball problem that there seem to be two extremes of engagement; the handful of teams who throw financial caution to the wind, and the equally large (or larger) group who can’t even think of embracing those stakes. This year, there might be a $300 million gap between the Mets at the top of the payroll ladder, and the A’s and Pirates at the bottom. That’s untenable — though we’ve been saying that for 30 years and baseball muddles on, with periodic breakthroughs by astute, bottom-feeding teams such as the Rays and A’s.

The Mariners are a midmarket team with the potential to veer into the upper tier when circumstances warrant. The organization has constantly said it would invest the payroll savings from the “step back” rebuilding years when the time was right. The time has never been righter, it seems to me.

And, to be fair, they have invested; the extensions, especially those given Rodriguez and Castillo, are obviously hugely beneficial to their future. But Rodriguez, Castillo and Crawford were going to be on their roster in 2023 whether they were extended or not. As far as improving the team in real time, they’ve traded Mitch Haniger for Hernandez — perhaps an upgrade, but Haniger’s peak 6.0 WAR season is higher than Hernandez’s peak of 3.9. Wong stands to be an upgrade over Adam Frazier, but not massively so.

There still is a glaring need for offensive improvement. It appears it will have to come via the trade route, but teams are asking for the moon, because they know their players under reasonable controlled contracts are huge bargains in light of the skyrocketing free-agent salaries. While the acquisition of outfielder Bryan Reynolds from Pittsburgh would salvage the Mariners’ offseason, they’re not the only team that sees Reynolds’ age (27), skill set (switch-hitting power bat), and contract ($6.75 million in 2023, two years of club control after that) and salivate. The Pirates will want a huge bounty of talent; you have to wonder if the Mariners, who dealt many of their top prospects last season, have enough to satisfy them.

It’s obvious that the ever-ascending free-agent contracts aren’t leading the sport to Armageddon (though many would still view them as an affront to baseball). The Mariners have made a conscious choice not to participate at that level, at least not yet. They’ll have to deal with the blowback.

Visit The Seattle Times at www.seattletimes.com