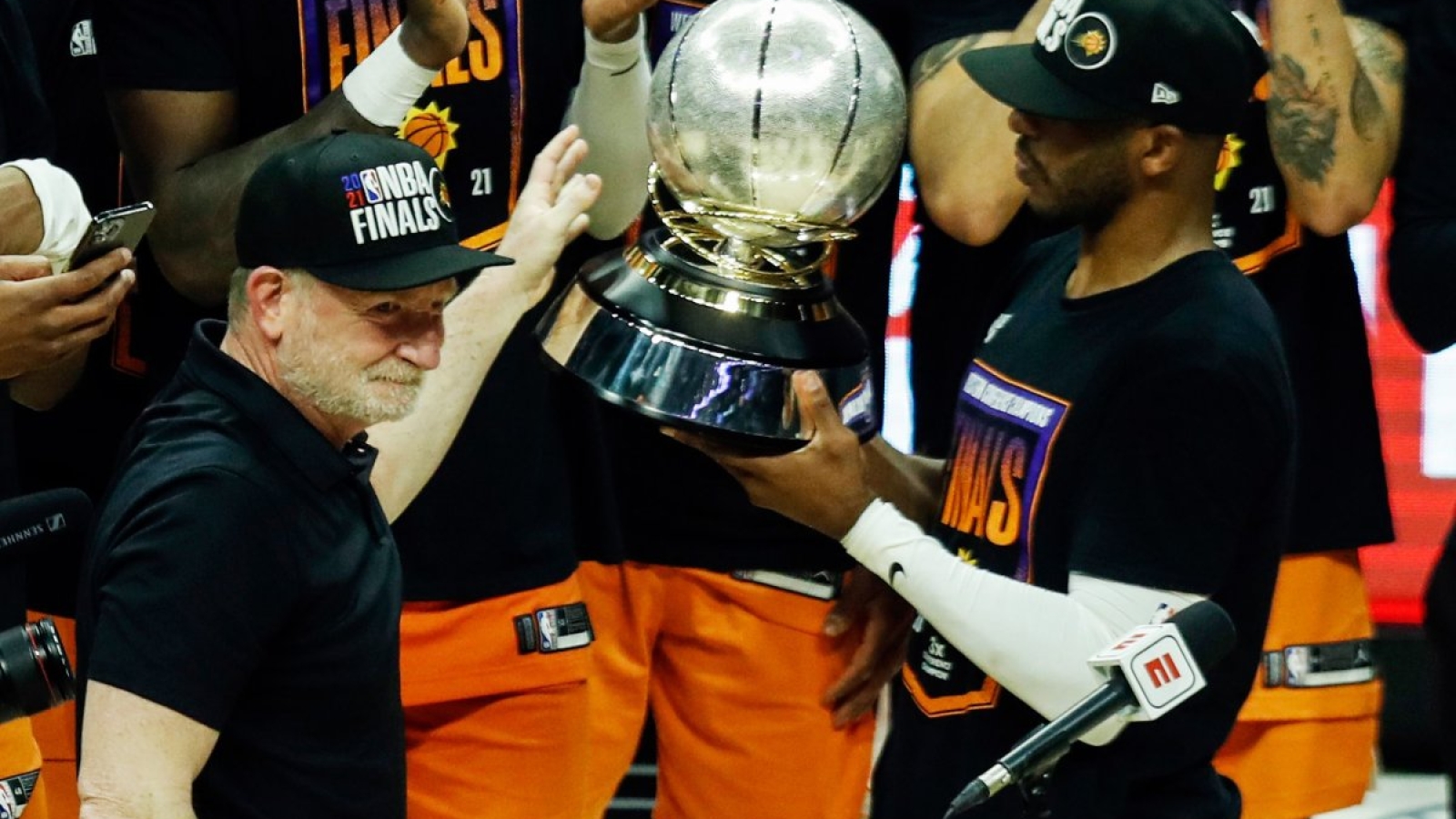 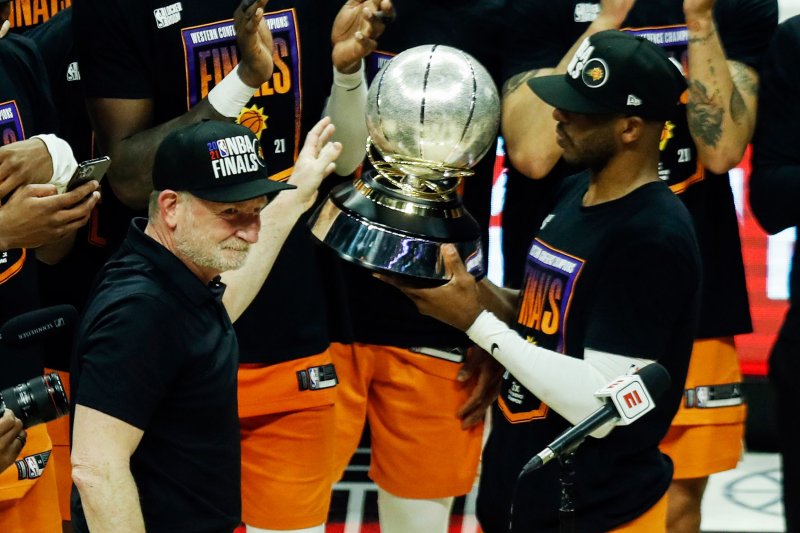 Phoenix Suns owner Robert Sarver (L) agreed to sell the NBA franchise, along with the WNBA’s Phoenix Mercury, for a record $4 billion. Photo by Etienne Laurent/EPA-EFE

Sarver announced the deal on Tuesday afternoon. The agreement, which also includes a majority stake in the WNBA’s Phoenix Mercury, is pending approval by the NBA.

Ishbia said his brother, Justin, will serve as alternate governor of the franchises, while he will work as governor.

“I am extremely excited to be the next governor of the Phoenix Suns and Mercury,” Mat Ishbia said in a news release. “Both teams have an incredibly dynamic fan base and I have loved experiencing the energy of the Valley over the last few months.

“Basketball is at the core of my life, from my high school days as a player to the honor of playing for coach Tom Izzo and winning a national title at Michigan State University. I’ve spent the last two decades building my mortgage business, United Wholesale Mortgage, into the No. 1 mortgage lender in America and I’m confident that we can bring that same level of success to these great organizations on and off the floor.”

Sarver, the co-founder of real estate development company Southwest Value Partners, purchased the Suns and Mercury in 2004 for $401 million.

The Suns appeared in seven postseasons, four Western Conference finals and one NBA Finals over Sarver’s tenure. The Mercury appeared in 14 postseasons and four WNBA finals under Sarver. They also won three WNBA titles over that span.

“This is a dream come true for my entire family including my parents, my three children, and my brother Justin, who will be making a significant investment with me and bring his incredible business acumen and shared passion for basketball,” Ishbia said. “I appreciate Robert Sarver’s time and support throughout the process.

“We are so honored to be, with approval by the NBA, the next stewards of the Phoenix Suns and Phoenix Mercury.”

Sarver announced in September that he would sell the Suns and Mercury, after the NBA concluded an investigation into his conduct during his ownership tenure. That probe followed an ESPN story, which detailed allegations of racism and misogyny during his nearly two decades as owner.

The NBA announced Sept. 13 that Sarver was fined $10 million and suspended for one year.

“Mat is the right leader to build on franchise legacies of winning and community support and shepherd the Suns and Mercury into the next era,” Sarver said. “As a former collegiate basketball player and national champion, Mat has exactly the right spirit, commitment and resources to pursue championships.

“Equally important, though, is his philanthropic outlook and commitment to using sports as a way to elevate and connect people. I know he shares my unwavering support for women’s basketball and I look forward to watching him become a unifying force across the Valley of the Sun.”

The Suns posted an NBA-best 64 wins last season, but lost in the second round of the playoffs. They also appeared in the 2021 NBA Finals, where they lost to the Milwaukee Bucks.

The Suns are 19-13 this season and sit in fourth place in the Western Conference. They will host the Memphis Grizzlies at 10 p.m. ESET Friday at Footprint Center in Phoenix.

The Mercury went 15-21 last season and lost in the first round of the playoffs. They were 19-13 in 2021 and advanced to the WNBA Finals, where they lost to the Chicago Sky.