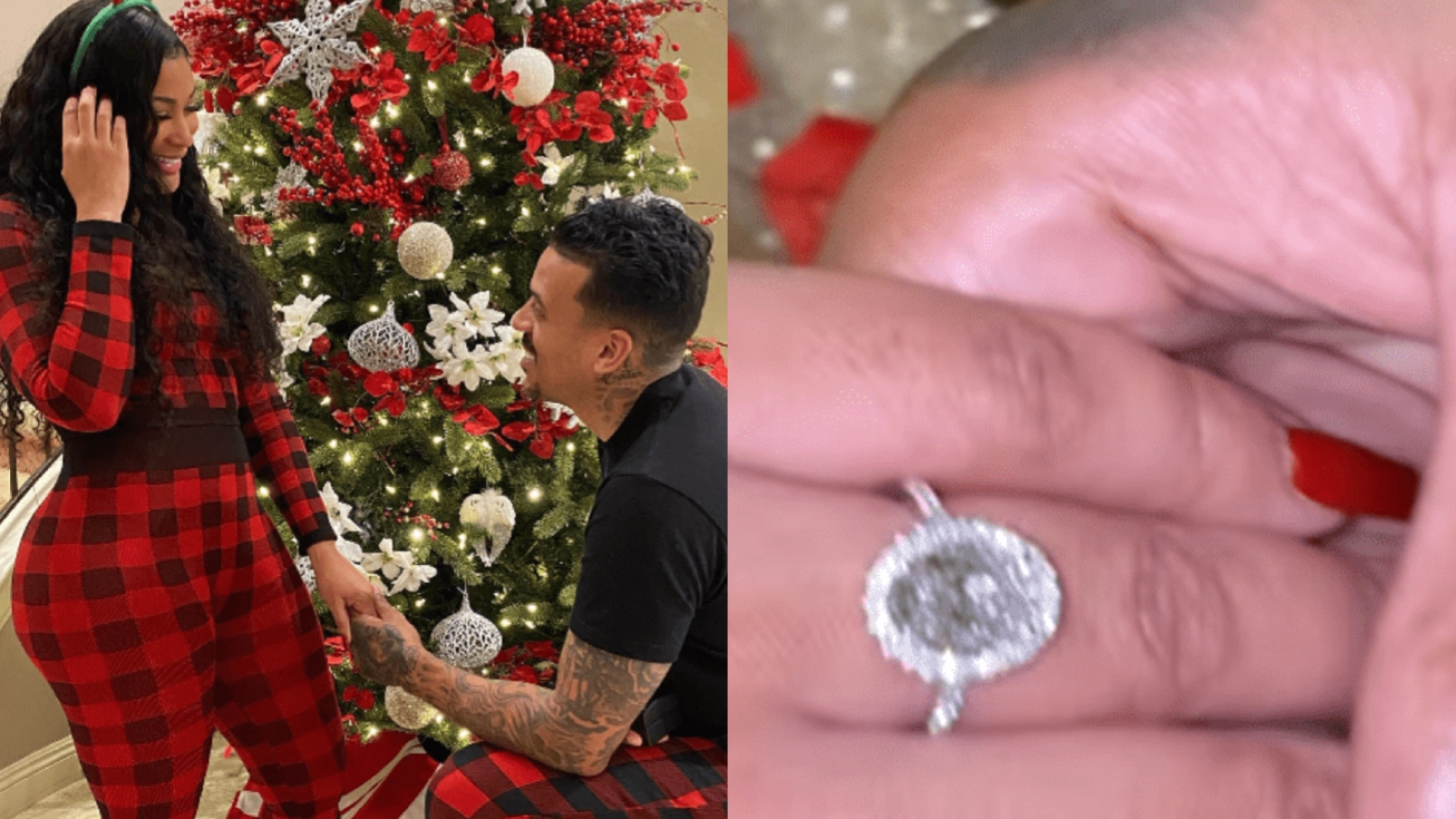 NBA alum Matt Barnes is ready to walk down the aisle again after proposing to his longtime girlfriend and child’s mother, Anansa Sims.

Barnes was one of three NBA-related engagements over the Christmas weekend, including a Philadelphia 76ers cheerleader and a couple who attended the Dallas Mavericks vs. Los Angeles Lakers matchup, as noted by Landon Buford.

On Monday, Barnes and Sims shared a post announcing their engagement on Christmas Day.

Barnes and Sims have been going strong despite their messy breakup in 2020. The pair met shortly after Barnes split from ex-wife Gloria Govan, The Blast reports.

Together, Barnes and Sims share their son, Ashton Joseph Barnes, who was born in December 2018. The pair experienced a dramatic breakup in 2020 that spilled onto social media.

But since then, Barnes and Sims have managed to work out their differences and remain a solid couple. On Christmas, Barnes took the big step by popping the big question to Sims.

The proposal came two days after a 76ers cheerleader got engaged during the Sixers and Clippers game on Friday night. Jackie Murtha was shocked when her boyfriend got down on one knee and proposed to her in front of a large crowd.

“This was truly the biggest surprise,” Murtha wrote on her Instagram story Saturday morning. “Thank you to everyone who helped pull this off! I can’t believe this is real life.”

This 76ers dancer got a surprise proposal!

After the proposal made its way to Twitter, some trolls criticized Murtha’s boyfriend, Chris Girard, claiming the NBA cheerleader was out of his league. Girard clapped back in a separate tweet.

DEAR COMMENT SECTION: I KNOW SHE’S OUT OF MY LEAGUE. I AM JUST HAPPY TO BE HERE😎 https://t.co/gphPACIy0r

On Christmas day, another couple got engaged during the Mavericks and Lakers game in Dallas.

Dude popped the question and by all indications the answer was yes. pic.twitter.com/QgA9OTx32u

Christmas is the perfect holiday to celebrate love and pop the big question ahead of Valentine’s Day.